Back in 1983 new wave was a dominant creative force in music. With a list of bands fronting the scene from Europe; Bath, England’s Tears For Fears made their major label debut with The Hurting. It is difficult to believe 30 years have passed since the highly influential album was first released. Looking back in retrospective, the album launched the career of Tears For Fears who have gone on to sell over 30 million albums worldwide, had a series of chart topping hit singles, and a lasting impression on the music world. With the unique vocalizations of Roland Orzabal and Curt Smith, Tears For Fears captured the listeners with wonderful blend of rock and synth-pop elements. From the enchanting synthesizers, to the live drumming and mix of electric and acoustic guitars, The Hurting had a myriad of sounds including such strong singles as “Mad World”, “Pale Shelter”, “Suffer the Children”, and “Change”. Now 30 years later, Universal Music celebrated this piece of music history with the release of two special editions of The Hurting with a 3 CD/1 DVD deluxe edition and 2 CD deluxe edition package. 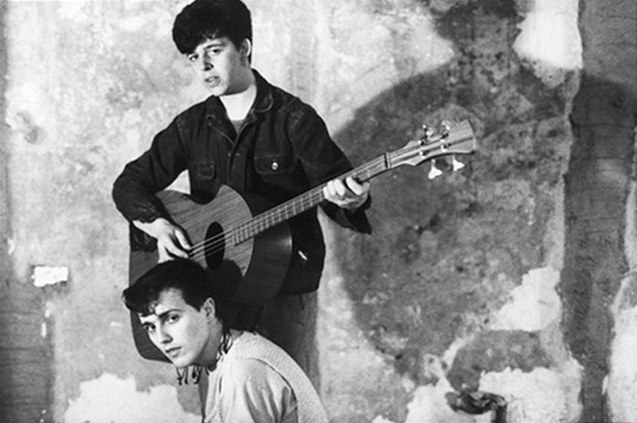 This marks the second time The Hurting is being re-issued; first back in 1999 as a single disc jewel case edition with re-mastered versions and four remixes. The 2 CD deluxe edition is a beautiful tri-fold digipak with expanded artwork. Disc one is all ten tracks from The Hurting re-mastered. If you did not hear the re-mastered tracks from the 1999 re-issue this is a wonderful listening experience. While the original recordings and production by Chris Hughes and Ross Cullum was amazing, this is quality re-mastering not overblown like so many other re-mastered releases.

Disc two consists of sixteen tracks ranging from B-sides to remixes. Again, if you purchased the 1999 re-issue there are four tracks which appeared on that album that are also part of this; “Pale Shelter” (Long Version), “The Way You Are” (Extended), “Mad World” (World Remix), and “Change” (Extended Version). Some highlights include B-sides “Wino” and “The Conflict”, and new versions of “Change” and “Pale Shelter”. “Wino” is a very rare track that was the B-side to “Suffer The Children” which is highly different from the original The Hurting with its stripped down approach of acoustic guitar, vocals, and some percussion. “The Conflict” is another rarity which was released as a bonus track to the 1999 re-issue of Songs From The Big Chair. Originally the track was a B-side to “Change” displaying an extremely melodic and dark sound bordering on the dark wave genre. While the original version of “Change” was immediately engaged by a beautiful synthesizer melody, this new edition begins with beautiful atmospheric guitars and deep bass. While the chorus is not as robust as the original, this new edition’s organic sound has a very enduring quality and a must listen for long-time fans. On the extended new edition of “Pale Shelter” we are given a soft opening with piano while subtle vocals lead. While the bulk of the track is similar to the original, the extra running time of three plus minutes allows for a grander atmosphere to develop. With nearly two minutes of instrumentation, any Tears For Fear fan can surely enjoy this extended edition.

Another bonus to this set is the expanded artwork with newly written liner notes and photographs. With a comprehensive look at the beginnings of Tears For Fears, the liner notes also dive into the origins of The Hurting and plenty of quotes about the album directly from Roland and Curt themselves. Finally, written and organized by Paul Sinclair, this is a wonderful glimpse into the history of Tears For Fears.

In the dying world of physical format music, the 30th anniversary deluxe edition of The Hurting is a must have for dedicated fans of Tears For Fears. The magic of the album is captured perfectly in this package paying homage to one of new wave music’s biggest bands. CrypticRock give this album 5 out of 5 stars. 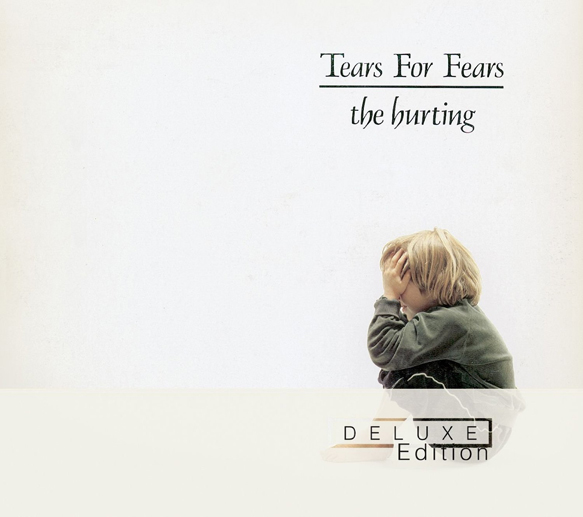