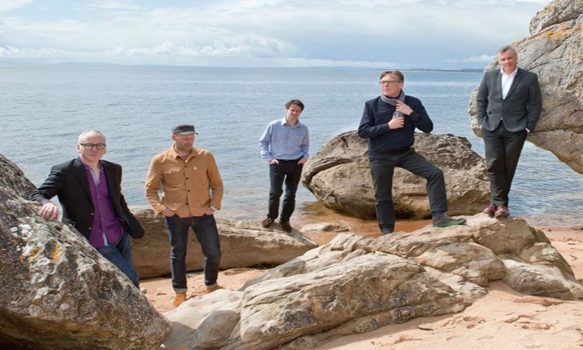 Formed in 1989, in Bellshill, Scotland, Teenage Fanclub currently consists of Norman Blake (vocals, guitar), Raymond McGinley (vocals, lead guitar), Gerard Love (vocals, bass), Francis MacDonald (drums), and Dave McGowan (keyboards). In its quarter-of-a-century activity, the beloved Scottish band has released ten studio albums, which collectively show the slow but sweet sonic shaping of Teenage Fanclub’s music – from the cacophonous, jam-feel, and Grunge-inspired debut, 1990’s A Catholic Education; on through the Indie Pop sensibilities of the critically acclaimed Bandwagonesque of 1991; to the lush and glossy styling of 1997’s Britpop-influenced Songs from Northern Britain; and finally to the newly released youthful musicality of Here.

Released on September 9, 2016 via Merge Records, Teenage Fanclub’s tenth album opens with the upbeat and straightforward sunshine Pop of “I’m In Love,” and then followed by “Thin Air” in the same predisposition. The ensuing acoustic-oriented “Hold On” slows down the mood. Then there is the ’60s Psychedelic Folk Pop/Rock sonic styling of “The Darkest Part of the Night,” which harks to the likes of The Byrds (“The Bells of Rhymney”), The Hollies (“Carrie Anne”), and The Turtles (“Happy Together”).

The graceful and soulful “I Have Nothing More to Say” is what may be regarded as Teenage Fanclub’s version of a starry-eyed, thin-glass-timbre ballad. “I Was Beautiful When I Was Alive” further sets the tone to an even subdued disposition, an apt mid-album slow pacer. Then, “The First Sight” treats the listener to a mélange of ’60s Sunshine Pop and ’90s Britpop, an aural excursion popularized in the mid-’90s by the likes of The Boo Radleys (“Find the Answer Within”), Dodgy (“Staying Out for the Summer”), and The Bluetones (“Slight Return”).

Then there is the simple-structured “Live in the Moment,” which returns the album to its part-folky, slightly electric tripping; while the ballad “Steady State,” with its dreamy vocals and plucked guitar line, is apt for an introspective listening. Enthusiasts of Twee/Indie Pop will definitely pick “It’s a Sign” as their favorite – what with its mildly distorted guitars and glass-celesta keyboard melodies. The penultimate “With You” takes the listener back again to the black-and-white dance floor of ’60s R&B era. Finally, Here closes with the guitar-and-piano dominated ballad “Connected with Life,” indeed a proper album closer.

The music of Teenage Fanclub has truly matured, as shown by the band’s confident use of a multicolored sonic palette. Yet, the tendency and penchant for cacophony may still be felt there and here, albeit in a more controlled manner. The Scottish band has really come a long way. After all, a legacy of twenty-five years and ten albums is something that should now be celebrated and congratulate the band for. Fans of Teenage Fanclub, unite and spread the love and the music! CrypticRock gives Here 5 out of 5 stars. 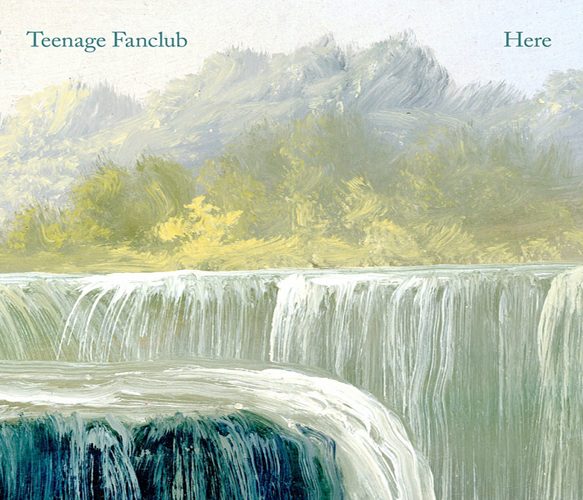