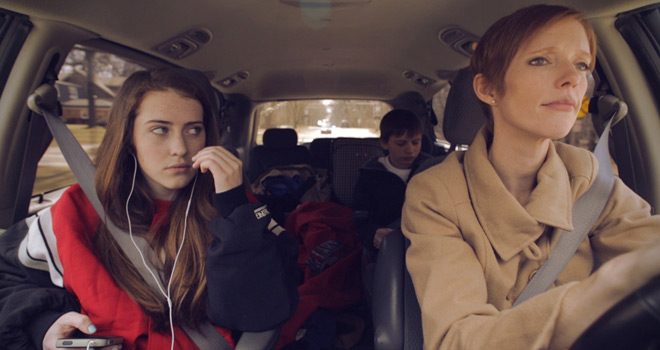 Teenage Ghost Punk is almost exactly what it sounds like: a divorcee and her two kids leave Michigan to start life over in a beautiful, little Victorian home in the Chicago suburbs. Carol Poplawski (Adria Dawn: Lucy 2013, Popular series) is down-on-her-luck as far as work goes, just hoping to catch that ever-elusive break. Teenage daughter Amanda (Grace Madigan in her acting debut) is a former head-cheerleader, distraught to be leaving behind her best friend and homely boyfriend, only to have to start over in the vicious hallways of a new high school.

The son, Adam (Noah Kitsos in his brilliant acting debut), is the true gem in this family: an animated little pisser who is an encyclopedic chess champion and fond of wearing pithy tees. Together, the three form a tight but motley family unit. 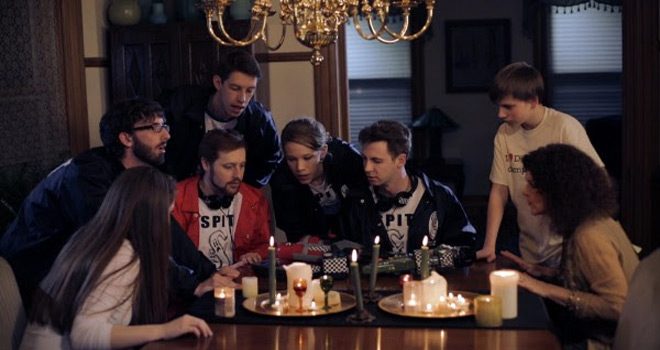 As mom and the kids go about the business of life – a new job, new schools – the kids quickly learn that their new home is a bit, how shall we say, spirited. Hoping to get to the bottom of the noises, moving objects, and loud guitar music that is randomly broadcasting throughout the home, Amanda and Adam call in the crack Super Paranormal Investigation Team (S.P.I.T.) and Medium Madame Lidnar (Lynda Shadrake: The Dreamers series, Dear Mr. Fidrych 2009). Both prove to be completely useless, though they provide some serious comedic relief. The ruckus does, however, inspire the ghostly presence of household punk Brian Flynn (Jack Cramer: Dear Mr. Fidrych 2009, The Absent 2011) to appear to Amanda, sowing the seeds for one truly otherworldly friendship.

Amanda dives right into her friendship with The Clash-touting Brian, learning all about the paranormal presences throughout her home and neighborhood, opening her eyes to new experiences, and in the process also learning about life, love, and good music. Her relationship with Brian bridges the gap, drawing her into real-life friendships with cheerleader Jasmine (Miora Brumfield in her sassy acting debut) and the school’s most jovial human mascot, Squatchie (Jake Shadrake in his joyful acting debut). In the end, the world of haunters and 3Ds (or the living) is a fun, family-friendly tale that wraps itself up with a Christmas bow and several life lessons learned. 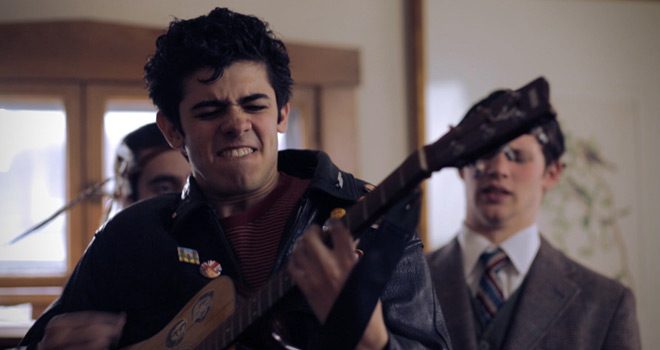 Teenage Ghost Punk is cute, sure, but parents should expect only a few laughs and instead view this as a new tween misadventure on film: think Casper meets 1980s teen flicks. Any hot-blooded teenager would cherish a Punk Rock boyfriend, though the conundrum of that punk being dead does create a unique twist on the tale. Whether Brian is even a legit Punk is up for furious debate, though he does continually promote The Clash (particularly London Calling) and there is a good discussion of the merits of yesteryear’s full-album experiences versus today’s throwaway digital music generation.

Overall, Teenage Ghost Punk is not a bad 95 minutes, full of some superb acting and young new talents. The story is silly, sometimes downright hokey, but the end result provides a good excuse for an evening spent with family. For these reasons, CrypticRock gives Teenage Ghost Punk 3 of 5 stars. 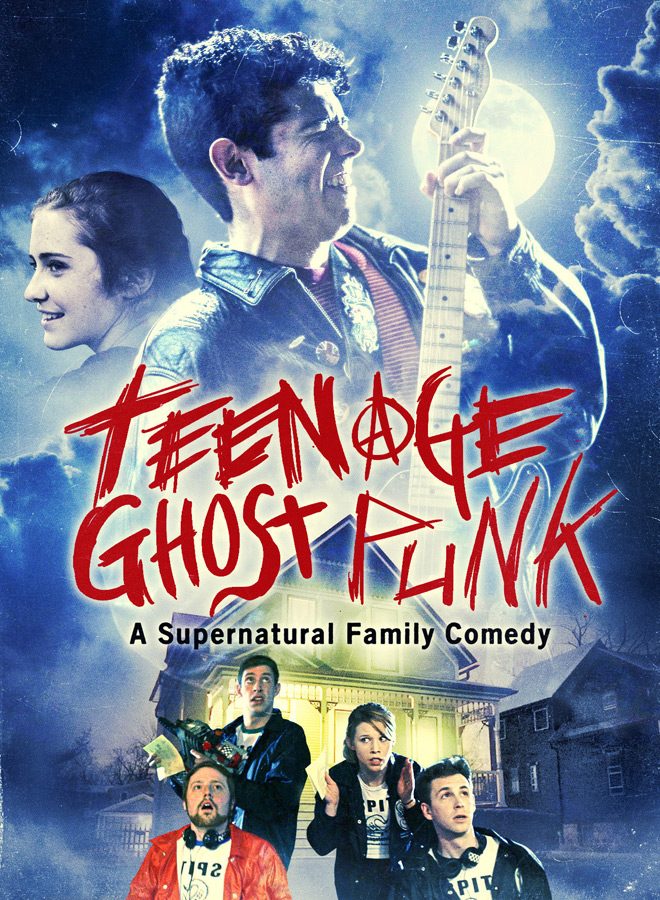