Teenage Mutant Ninja Turtles: Out of the Shadows (Movie Review) 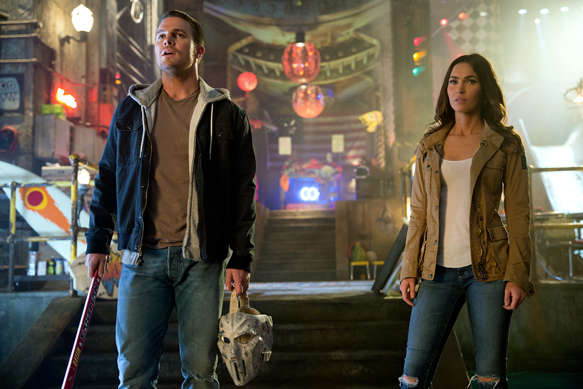 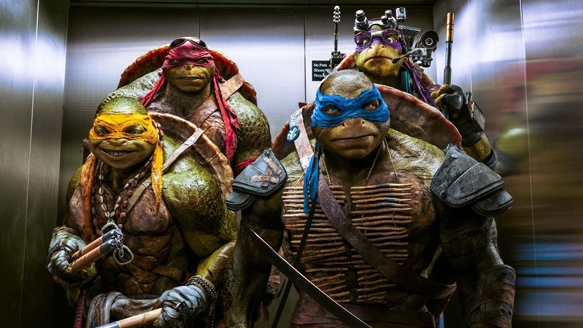 This time around, Shredder (Brian Tee: The Wolverine 2013, Jurassic World 2015) is back and stronger than ever. Shredder’s followers, The Foot Clan, break him out of police custody and he is teleported by Doctor Baxter Stockman (Tyler Perry: House of Payne series If Loving You Is Wrong series), but something goes terribly wrong. Shredder is sent to the lair of an evil mastermind of Krang. Faced with the situation, they make a deal that Shredder will find all of the pieces of a device that will destroy the world. In exchange, Krang gives Shredder a purple ooze that will turn humans into super animals who will destroy the four brothers Ninja Turtles known as Leonardo (Peter Ploszek: Teen Wolf series, Teenage Mutant Ninja Turtles 2014), Donatello ( Jeremy Howard: Galaxy Quest 1999, How the Grinch Stole Christmas 2000), , Michelangelo (Noel Fisher: Battle Los Angeles 2011, The Booth at the End series) , and Raphael (Alan Ritchson: Smallville series, The Hunger Games: Catching Fire 2013) .

As long as the team stays as one, they can defeat Shredder and his evil partners, the aforementioned Bebop and Rocksteady. They have to work hard and fast to stop the destruction of Earth, but Donatello discovers that if the purple ooze can turn humans into animals then maybe it could turn animals into humans. Having this information causes a split between the turtles as Michelangelo and Raphael want to turn human so they can fit in with the rest of the world, but Donatello and Leonardo do not think that it would be a good idea because they were born turtles and they should stay turtles. This tears apart the strong family bond that has held them together through tough times, and with this struggle between them, it makes it hard for the turtles to fight off Shredder. They fight inwardly and lose focus of the evil without, thus giving Shredder a chance to collect all three of the pieces that he needs to complete his diabolical device. Will the Ninja Turtles be able to stop Shredder? Or, is this the end of the Ninja Turtles and potentially the world.

Through the film, Green keeps true to the spirit of the Ninja Turtles as he maintained the light-hearted fun, while attacking the subject of embracing our differences and not ostracizing peculiarities. With that said, The Turtles’ strength was in their differences and when they forgot that, they were weak. Additionally, the film shows great intensity and action throughout. The introduction to Bebop and Rocksteady to the live-action format was well overdue and helps make Teenage Mutant Ninja Turtles: Out of the Shadows an upgrade from the previous film in 2014. Furthermore, Megan Fox (Transformers 2007, Jonah Hex 2010) returning as April O’Neil adds depth to the character while the live-action re-introduction of Casey Jones played by Stephen Amell (Arrow series, Hung series), adds some excitement as well. Overall, those who love the series will thoroughly enjoy this latest installment. CrypticRock gives this movie 4 out of 5 stars. 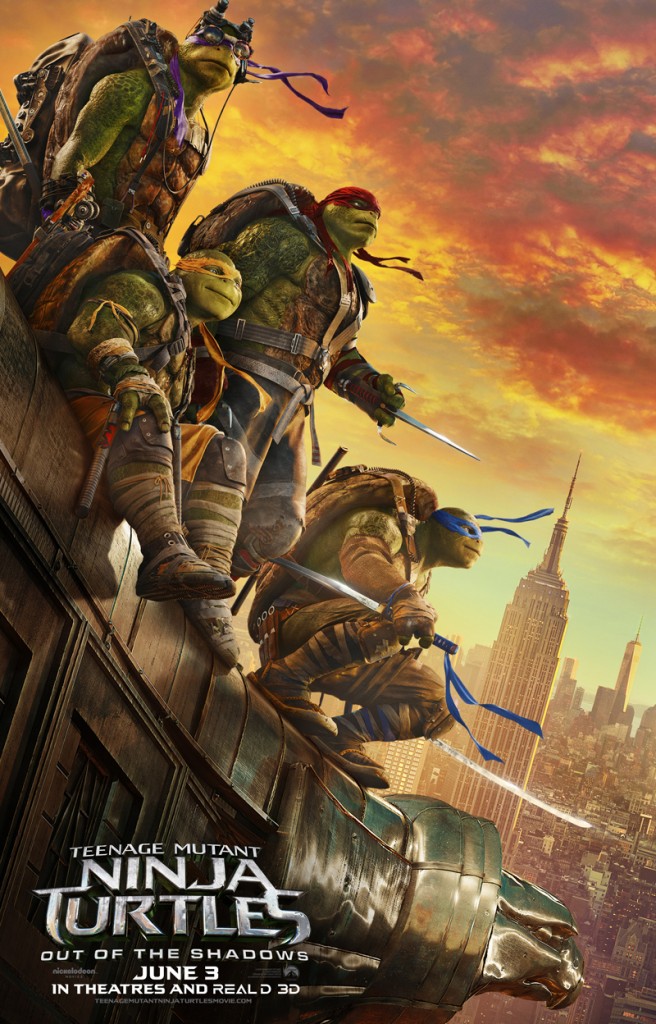