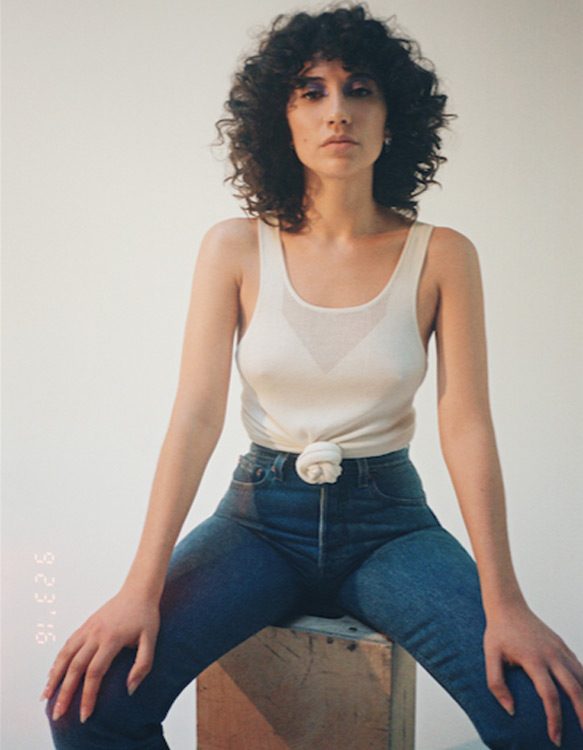 Transforming the ordinary into extraordinary, Singer-Songwriter Valerie Teicher has only been gifting her incredible talent to the world for only a short fragment of time now, although, she has already made an impression.

Known best by her stage name, Tei Shi, this Argentinian Indie Pop star transported to Brooklyn, New York holds an absolutely stunning talent that shines above most in the industry. While not that well known just yet, Tei Shi is a show-stopping and head-turning kind of girl; with a power and passion like no other; there is no telling what she will come up with.

Making her debut in 2013 with the release of her EP, Saudade, it was met with an outpour of positivity from listeners and critics alike. With the love and support of her new found fans, Tei Shi went on to create and perform her heart out. A career building quickly, Tei Shi showed no signs of slowing down as more music followed, bringing her to 2015 with her Verde EP.

Spending a great deal of time on the festival scene, Tei Shi fans were relieved to find out that a full-length was on the horizon. Set for release on March 31st via Downtown Records/Interscope, Tei Shi’s debut album, Crawl Space, is beyond words. A moving and uplifting story of self-discovery and finding confidence along the way, the record has the potential of reaching listeners all across the globe, making a difference in the lives of many.

Fifteen songs in total, while the entirety of Crawl Space is absolutely phenomenal, there are a handful of moments which completely outshine the rest, making this record textured and diverse. Kicking things off with an interesting dialogue intro of “Way To Record,” track two, “Keep Running,” might just be the boldest moment on Crawl Space. Chosen as the album’s lead single, released back on January 27th, it has an allure that will attract any type of music fan. Layered yet oh-so effortlessly, it offers dreamlike Pop that is out of this world. In addition, the music video directed by Agostina Gálvez is a mesmerizing viewing experience.

Rolling right along, “Creep” is slow and melodic, building as it goes. Completely sculptured and saturated, Tei Shi showcases her breathtaking vocals, as well as her intricate artistry. Making a slight shift in tone, “How Far” features a deep grooving guitar and smooth, inviting vocals. The combination of simple instrumentation and the intensely delicate vocals make for a true masterpiece. Furthermore, the song is proof that Tei Shi has a knack for making anything sound wholly unique and vibrant.

Picking the tempo back up, “Say You Do” is an upbeat and totally danceable track. Body slamming into the world of Pop, it is accessible enough to reach a wide audience while also displaying Tei Shi’s extensive range of skill. Absolutely quirky and funky, “Lift Me” is anything but ordinary. Mixing a variety of sounds and beats, over the top, Tei Shi’s voice dances about with ease while offering potent lyrical content. With a piece such as this one, listeners will begin to question everything they thought they knew about music before this.

Keeping the audience in a trance, “Como Si” is sung in Tei Shi’s native language, and even if you do not speak Argentinian, it is just as moving. If that was not enough, “Crawl” is another bold moment, exclusively standing out. With melodies to kill for and instrumentation that is far out, listeners will begin to fully appreciate Tei Shi’s artistic vision. This is before the groovy “Year 3K” where Tei Shi’s unites an R&B beat and more entrancing electronic tones. While every piece is great, nothing would have made Crawl Space better than closing out with “Sleepy.” Gracefully done, it is beautifully laid out with more intriguing lyrics brought to life vividly by the multi-layered vocals of Tei Shi.

Through each track off of Crawl Space, Tei Shi becomes more and more personal, putting her life out into the universe for all to hear. Truly special, the connection and personal power that flows through Crawlspace is something that is hard to find in modern music. While her music speaks for itself, nothing really compares to the complex, yet simple infrastructure that is Tei Shi. With an exhausting amount of devotion and passion poured into each song, Tei Shi’s Crawl Space proves that Pop can be intellectually simulating without losing accessibility. A triumphant effort, CrypticRock gives Crawl Space 4.5 out of 5 stars. 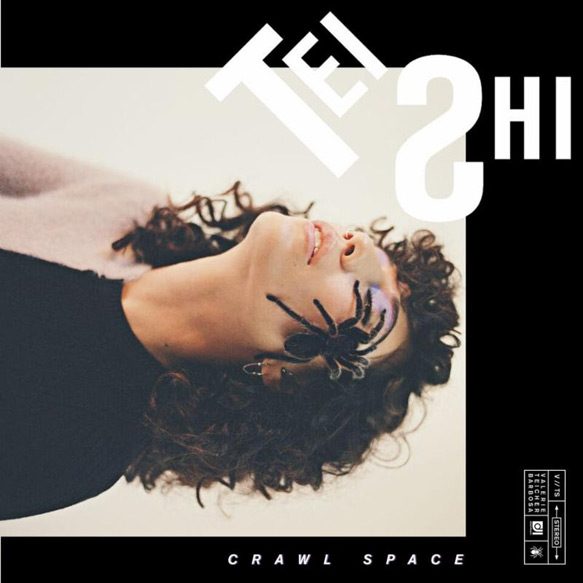