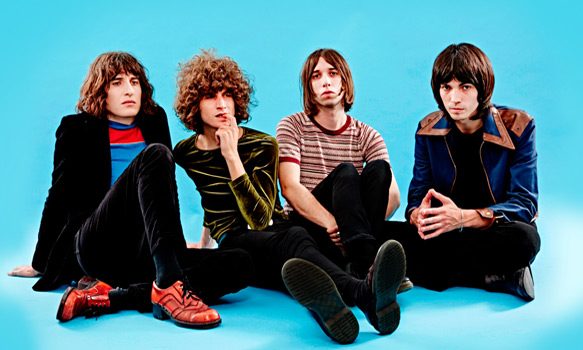 Holy euphoria, holy synthesizers, holy keyboards, holy ’60s hair, Temples is back! Ever since dropping their single “Certainty” back in September 2016, fans have been patiently waiting on what sort of mind-bends are in store, and the day has finally come for their latest eruption, Volcano. A self-produced record by lead man James Bagshaw, recorded at the band’s home studio, Volcano sees daylight on March 3rd via Heavenly Recordings and Fat Possum Records.

Having only been formed in mid 2012, Temples has already enjoyed the success most Indie bands can only dream of. Planting their dreams on the servers of YouTube, they were signed upon a demo featuring debut release “Shelter Song” back in November 2013.

Catching the attention of talk show hosts like Jimmy Kimmel and Ellen Degeneres, it is a must-hear tune that stands as the first song Temples wrote together and the very fire to their victory. Going on to release Sun Structures in 2014, the debut album charted at #7 in the UK, and since, Temples has toured internationally as a supporting act, as well as a headliner.

An anticipated follow-up to Sun Structures, what remains in Volcano are the very same catchy choruses and melodies of their Psych Pop goodness. Perhaps not as muscular as Sun Structures, it is in fact lighter and more attuned to what many can enjoy and dance to at a music festival. This light and colorful approach lavish in beats, keyboards, and synthesizers hardly cheats the listener out of the headrush craved in this sort of music.

Kicking off the album with “Certainty,” the band claims that they wanted to create something eerie and with a Disney-vibe. Listeners often argue whether they echo the same sounds of Australian Psych band Tame Impala; while they both give off that retro-modern vibe, these two bands definitely go down two different rabbit holes and end up in two entirely different wonderlands.

This in mind, it takes a few listens to appreciate the uniqueness of each song in Volcano. “Oh the Savior” is an immediate beautiful catch where Temples sheds light to a breezy peppiness enveloping poetry of the earth. This likable literacy in which they use nature to pasture a mood of freedom exists in the song that follows as well, which is “Into the Sunset.” Inviting tunes, beautiful, poppy poetry of nature seems to be a signature for these guys.

The Rock sounds of muscular guitars listeners heard in their previous work are dozing a bit throughout Volcano until pressing play to songs like “Roman Godlike Man.” This is a more serious narrative about narcissism where Temples makes it a point to explore subjects of their very own dark human tendencies. So, as lighthearted as the body may feel, notions can be dark.

Twelve tracks in total, Volcano closes ever so perfectly with the delicate sentiment of “Strange or Be Forgotten.” It is a song that delves into the pressures of leaving a legacy behind, rather than just embracing and celebrating individuality in the moment. It seems to be quite a relevant thought, especially for a band that carries the melts of familiar psychedelic sounds from the biggest Psych Rock bands the world has known. And yes, Temples demonstrates in Volcano that they are nothing more than themselves.

An exciting collection of new tracks, Volcano is pure Psychedelic magic that rains like the strobe lights of Beatle-esque clouds. That said, while Temples are surely influenced and knotted into certain genres, they choose not to worry about that stuff and that is how they evolve. They have now embarked on an eighteen month tour all over the world eager to spread their electricity with fans that understand them. There is no question that there is something special about Temples and the world demands more. For these reasons, CrypticRock gives Volcano a 4 out of 5 stars. 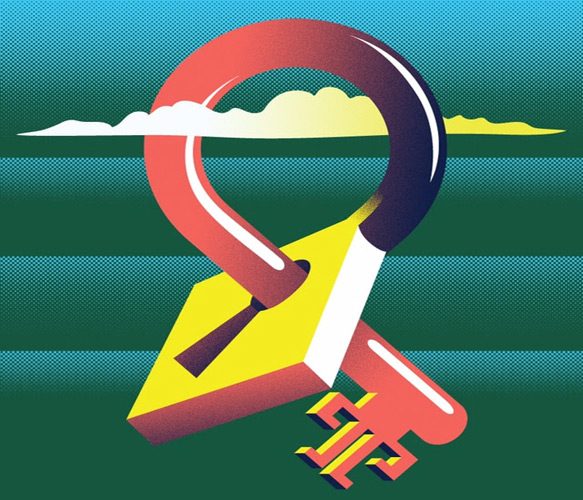