Back in 1984, Writer/Director James Cameron brought audiences a new kind of Science Fiction terror with his film The Terminator. A sleeper hit, The Terminator became a massive success, one which pondered curiosity; would there be a sequel? Then, on July 3, 1991, Terminator 2: Judgement Day was unleashed onto the world. Now celebrating its 25th anniversary, it is considered by many to be one of the finest sequels ever made, and it set the standard for Hollywood Action films for years to come. 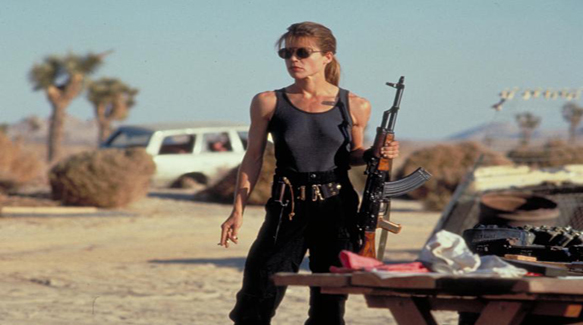 Starring Action icon Arnold Schwarzenegger (The Terminator 1984, Predator 1987) who returns in his signature role as The T-800, this time reprogrammed to protect John Connor (Edward Furlong: American History X 1998, Detroit Rock City 1999); the boy who will lead the human resistance against an army of machines in the future, as well as his mother, Sarah Connor (Linda Hamilton: The Terminator 1984, Children of the Corn 1984), from The T-1000 (Robert Patrick: Die Hard 2: Die Harder 1990, The Faculty 1998); a new Terminator made out of liquid metal, who possesses shape-shifting abilities.

Set in 1995, two years before the worldwide computer defense program, SkyNet, is meant to become self-aware and launch a nuclear strike on mankind, in an event which will come to be known as “Judgment Day.” John Connor is living in a foster home in Los Angeles, and his mother, Sarah Connor, who is plagued with nightmares of the coming nuclear holocaust, is locked away at Pescadero State Hospital, under the supervision of Dr. Peter Silberman (Earl Boen:  The Terminator 1984, Terminator 3: Rise of the Machines 2003). The T-800, assigned to protect John, is sent back in time, and arrives near a biker bar, where he gets his clothes, shotgun, and motorcycle. 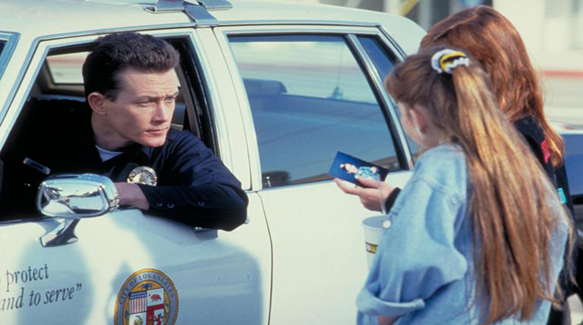 The T-1000 also arrives in Los Angeles on the same night, killing a police officer and taking his clothes and car. The T-800 and the T-1000 have their first battle in a shopping mall, where John escapes with the T-800. John’s foster parents have been murdered by the T-1000, who assumed his foster mother’s form to try and get John to come home. The T-800 tells John that The T-1000’s next move will most likely be to kill and impersonate Sarah and wait for John to make contact with her. John convinces the T-800 to help him save his mother. After the three of them escape from the hospital, The T-800 tells John and Sarah about Cyberdyne’s programmer, Miles Dyson (Joe Morton: Speed 1994, American Gangster 2007), the mind behind Skynet.

At the time of its release, Terminator 2: Judgment Day was the most expensive film ever made, with a budget of approximately $102 million. Principal photography commenced on October 9, 1990 and ended on March 28, 1991. Opening in theaters across America on Independence Day weekend to overwhelmingly positive reviews, many critics even hailed it as a superior film to the original.

Terminator 2: Judgement Day is still often ranked as one of the greatest sequels ever made. Debatable, while the 1984 original was a big hit, Terminator 2: Judgment Day redefined the Summer Blockbuster as well as the modern Hollywood Action Film. It won four Oscars at the 1992 Academy Awards, including Best Visual Effects, Best Sound, Best Sound Effects, and Best Makeup. Released on VHS for the first time in November 1991, two years later, a Special Edition containing fifteen minutes of restored footage was released onto VHS and laserdisc. The Special Edition would become more widely known and preferred with later DVD and blu-ray releases of the film. 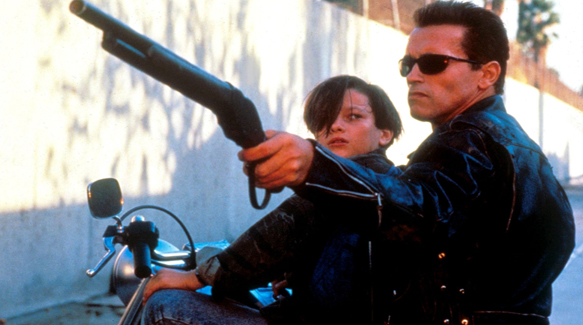 In addition, many of its practical and CGI effects, courtesy of the late Stan Winston (Aliens 1987, Edward Scissorhands 1991), still hold up to this day. It is Arnold Schwarzenegger’s finest performance to date, and Linda Hamilton and Robert Patrick’s as well. The T-1000 is still an exceptional cinematic villain whose sheer motivation and commitment to his mission rivals even that of Schwarzenegger in the original film. He is also the earliest example of a character who was partially brought to life by motion capture technology; a technique which has become common in today’s blockbusters.

The film also had an unforgettable soundtrack composed by Brad Fiedel (Fright Night 1985, Gladitor 1992) adding to the tension and drama. In addition, Guns N’ Rose’s “You Could Be Mine” became an anthem of the summer of 1991 as well due to its exposure in the film. Not to be overlooked, the film even had its own ride, T2 3-D: Battle Across Time, which remained a fixture of Universal Studios parks for sixteen years, before closing in 2012.

The Terminator franchise never reached Terminator 2: Judgement Day’s level of quality again, and rarely has the Action film genre since. For this reason it still remains one of the quintessential film sequels, summer blockbusters, and Sci-Fi/Action films. A thrilling, action-packed, endlessly quotable, and emotionally gripping in many of its central themes, such as the idea of a machine being able to learn the value of human life, and the very future of the human race being what we make it, Terminator 2: Judgement Day is certified classic. 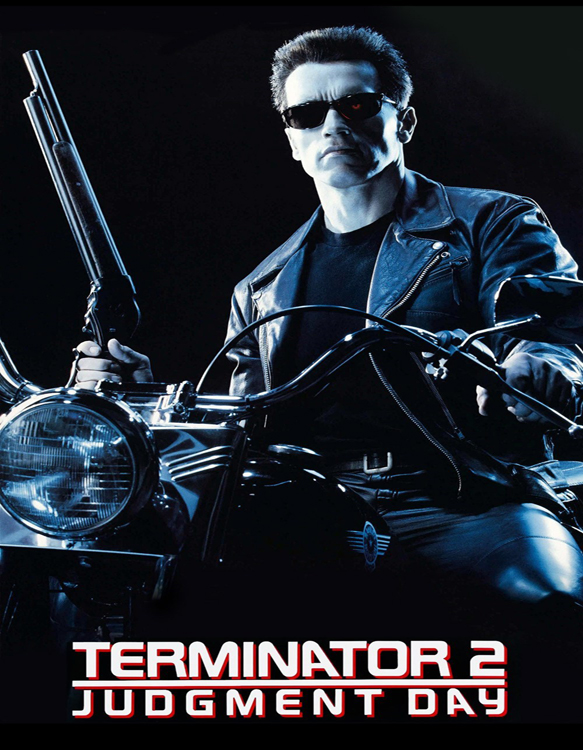