Making its way to Blu-ray/DVD on February 28, 2017, and currently available on VOD platforms thanks to Totality Pictures, in the latest Found-Footage flick Territorial Behavior irony has a heavy-hand in the fate of one survivalist who dares to go out into the woods alone. 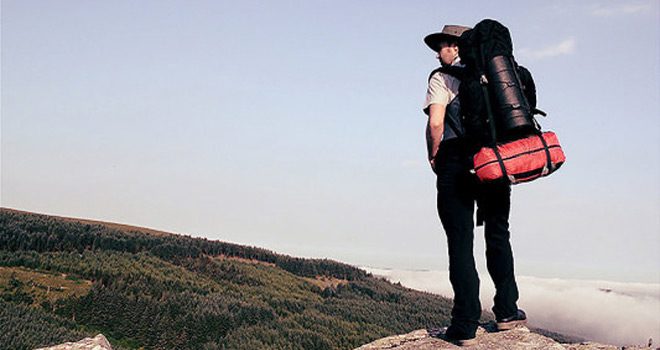 Bailey Rhodes (Ronan Murphy in his acting debut) heads out into the woods of Lolo National Forest in Montana to shoot a survival training video for the Rhodes School of Wilderness Survival, a business that is currently operating very much in the red. On a several-day excursion into the 2-million-plus acres of the forest, Rhodes is shooting his own promotional video in hopes of drumming up business. Providing his audience with survival tactics, as well as advising them on the fauna of the area – from brown and black bears to moose, wolves, and mountain lions – Rhodes hikes through the forest with his trusty digital camera in-hand.

When he encounters two men with rifles, illegal hunters he assumes, his outing takes a turn for the worse. Pile on a close encounter with a grizzly, gunshots, several late-night spooks, and the rumors of an unidentified creature lurking in the area, and Rhodes ultimately decides to cut his trip short and head out of the woods. Unfortunately, as he tries to make his way back to the trail and back to his wife, Rhodes finds himself lost in the endless forest with his supplies quickly dwindling. Worse yet, as the time passes, he quickly begins to question whether he is alone in this formidable terrain, or is someone – or worse yet, something – exercising some serious territorial behavior? 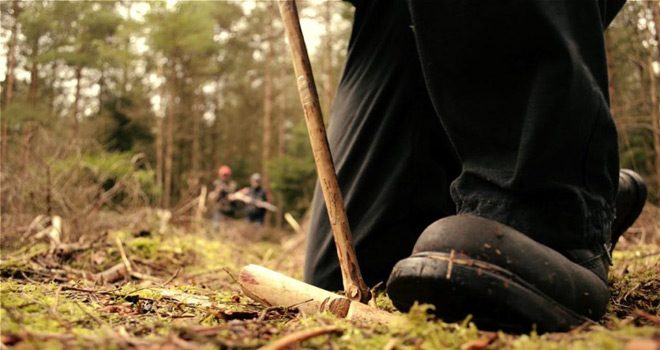 Written and directed by Peter Bergin (Beyond and Back short 2005, Hell’s Drifter 2009), Territorial Behavior clocks in at 80-minutes. This is a Found-Footage film that traffics in the low-budget, hand-held camera approach made famous by such modern classics as 1999’s The Blair Witch Project and 2007’s Paranormal Activity. In fact, Ronan Murphy is the sole actor in the entire film, carrying the entire production on his own shoulders (or, as it were, in his hands).

Unfortunately, this low-budget approach leaves the film to suffer from several pitfalls, the greatest of which are audio issues. Clearly, quite a bit of the audio here has been re-recorded in a studio and patched into the live-action footage of Murphy meandering through the forest. This, unfortunately, leaves many moments of canned audio that is tinny, with Murphy sounding as though his voice is echoing inside a tin-can instead of disappearing into the treetops naturally. Similarly, varying sounds throughout the film – from gunshots to sticks being beat against trees – sound entirely phony. It’s a very basic issue that many films of this genre suffer from, and Territorial Behavior is unfortunately no different in this respect.

That said, Territorial Behavior – which was actually shot on-location in Ireland, not America – is not a bad film by any means. Murphy is splendid fun as the quirky Rhodes, nary a trace of his Irish accent. The script, while not particularly complicated – this is a film that believes the scariest thing we can possibly experience is what’s inside our own minds – is full of juicy irony. Take, for example, the entire premise: a trained survivalist fully ignores his own advice and gets lost in the wilderness never to be seen again. 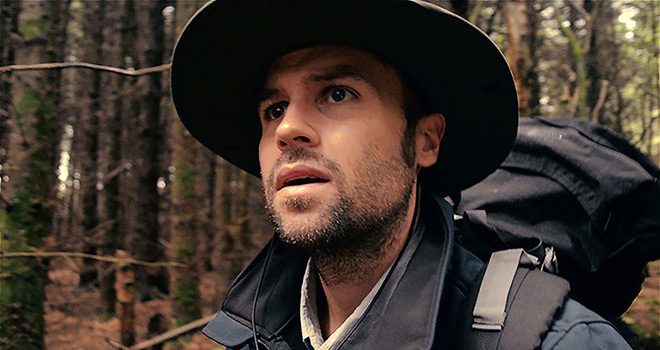 Similarly, in a forest full of vicious predators hellbent on maintaining their hold in the food chain, we witness man as one of the greatest dangers. There is a solid, underlying intelligence here that makes Territorial Behavior a fun little hike into the forest. It might not be particularly frightening, but it is a watchable, somewhat enjoyable little excursion into the woods that will make you think twice about where you pitch your next tent! For these reasons, CrypticRock give Territorial Behavior 3 of 5 stars. 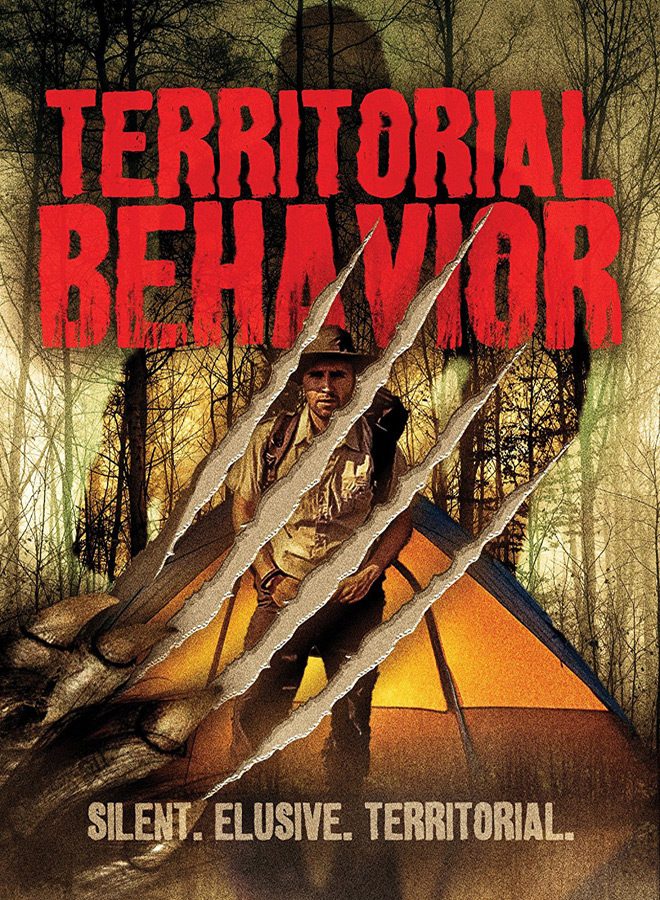