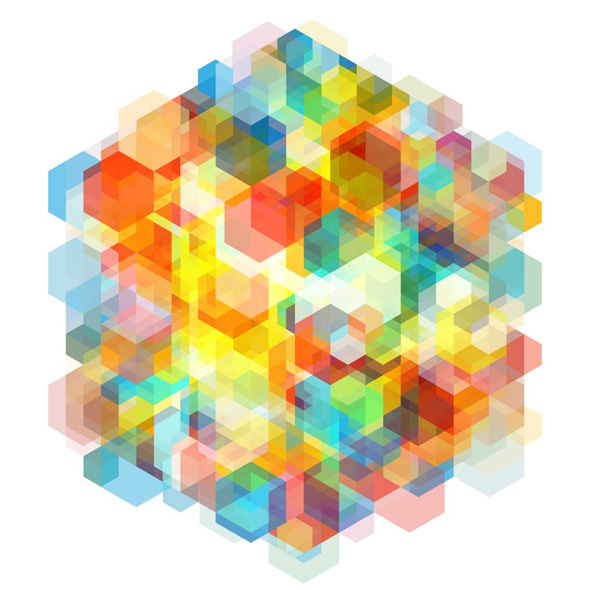 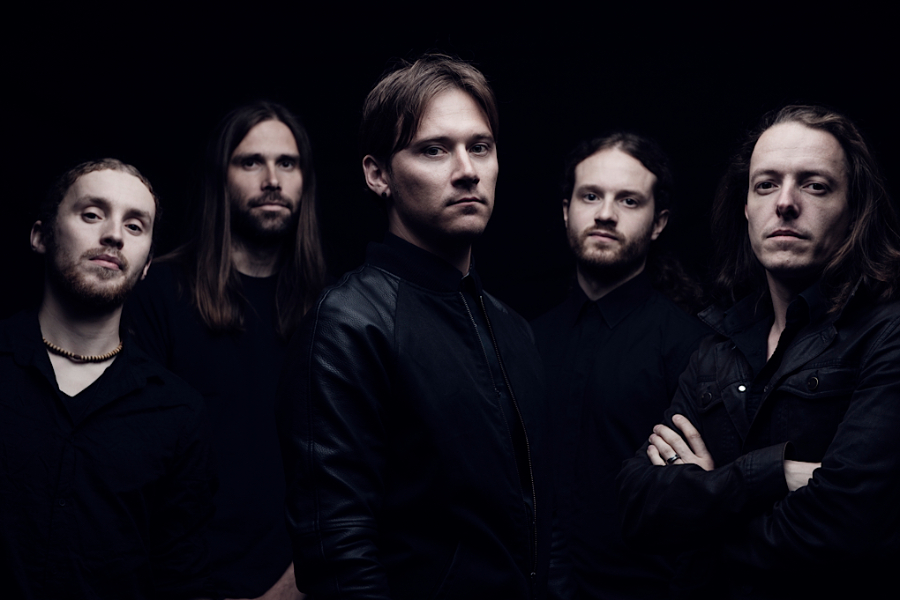 UK band TesseracT has made quite a wave over the last couple of years in the Progressive Metal scene. Their forthcoming album, Polaris, is their third studio album and the first to be released via Kscope in the UK and eOne Music in North America on September 18th. Consisting of Acle Kahney and James Monteith (guitars), Jay Postones (drums), and Amos Williams (bass), back on lead vocals is Daniel Tompkins. United together, they bring their collective new insights and experiences to put forth on Polaris.

Despite a trend towards softening things up and going cleaner in the name of being Progressive, the opening track, “Dystopia,” does not pull any punches. Immediately after the intro warbles and hums the album to life, the listener is hit with a solid wall of sound. When the paranoid vocals come in, Williams takes over, thumping along in solidarity with Tompkins. The lyrics tell of a broken world in which one person takes a stand. It is in 4/4, but they play a lot with pickup notes, defying expectations by being slightly ahead or behind the down beat. It makes a nice intro because it is reminiscent of old TesseracT while also giving listeners a taste of the new extremely tight-knit group.

The next track gives voice to someone new. An inspiration to Kahney, he first saw Martin Grech at a concert back in 2003 and was stunned at how absorbed the audience was in the hauntingly beautiful music. Pining for a collaboration ever since, it never manifested itself until Postones and Kahney went into the studio to help Grech with some tracks on his upcoming album. While jamming on some ideas, they eventually came up with what is now “Hexes.” The song takes the haunting and ethereal voice of Grech and uses it to add another layer to the atmosphere that TesseracT and namely Tompkins create on their own. Where the first track outlines a grim situation, the second track lets us into the mind and heart of a character with lines like, “It isn’t a secret I find terror in memory,” which are at once an insight and an explanation. It is the atmosphere in this song that seems to paint the whole album.

Then there is the track “Survival” which asks questions. To outline the core of the problem, Tompkins asks, softly at first as if to himself, and then louder as if to someone else, “Will I disappear…?” The music emphasizes this switch, increasing the sense of desperation. During the verses, the clean sound with huge reverb creates a space that makes it unclear whether he is justifying things in his own head, or to another party. When he begins to talk about himself again, the sound becomes much more dense. The contrast between these two types of sounds has always been something TesseracT has balanced well.

That same intensity is brought in on “Tourniquet,” though much more subtly; it is almost an interlude. Giving the sense that the mind is not quite all there, Tompkins switches from lashing out, to looking in, and then to searching and questioning. It finally moves into something more pure at the end. This track sheds a new light on the last song where he sang, “I am the abandoner.” With the lyrics, “I’ll wait for you,” it appears that maybe in the last track all that searching actually led to some kind of realization, and in that sense, the song is sweet like a mother’s love is sweet. Tompkin’s voice is soft and delicate, lacking the abrasiveness it usually has when he is louder and the music is more delicate adding things like bells to the landscape. The song only picks up in intensity when the lyrics pick up in conviction, here, in the guise of promises. It is clear that TesseracT is trying to create a world by the intro and outros of the songs, and this outro implies action on the aforementioned promises.

In the next song, the audience will find Tompkins battling with himself. The track is “Utopia,” or Eden as he refers to this imaginary place later in the track. A place where he has lost the best thing he ever had and is in a dark place as he contemplates suicide via “rusting scissors in the drawer.” With another soft intro, that in this case screams hesitancy, the now established bass comes thumping in, bringing him back to his senses. Coming back from the precipice, the bass continues thumping away as he contemplates the confusing place he is in his life.

As the thoughts spiral around, the song comes to a head in the vamp and exits in a list of demands that the bass drives home as it leads into “Phoenix.” Coming back from a dark place, the song is about just what it suggests, rebirth. With the shortest and boldest intro, the opening is realization and proclamation all at once. As he extols a higher power, he comes to terms with the changes he needs to make. The song moves through two main themes musically, the subtle atmospheric guitars that we have been hearing when he is talking to himself, and then, without the help of the bass guitar this time, the more powerful distorted and tonally brilliant praise given to this higher power.

Starting off quicker than any other track before it, “Messenger” is also the shortest song. Doubt is the theme here and again there is that aggressiveness when asking questions. At the end, Tompkins’ trademark hard enunciation of each syllable gives it a really aggressive edge. This song was the first single that was released in its entirety. An interesting choice given how different it is from the rest of the album and even from their discography as a whole. It is shorter, more aggressive, and does not really show off a lot of Tompkins’ new chops, except for the last biting bit. With that thought, “Cages” slowly rolls in like most of the other songs on the album. It is a lonely song. Tompkins mixes the hard enunciations with more melodic phrasing. It is so much so, one can really feel him flexing his vocal muscles in this album, coming back like he has something to prove.

Despite ending hard, the last track, “Seven Names,” comes in slow. It has a lot of atmospheric vocal harmonies floating by in the background. It goes to show that a lot of work was put into each part of the musical landscape. Again, the questions are burning, direct and aggressive. Most powerful are the lyrics, “I was so alone, soaking to the bone;” it really gives a strong sense of the album and the feelings that accompany it. The song begins to fade out with over a minute and a half to go, and if the listener is not paying attention, they might miss that it is started over again.

Polaris is a dark one, full of sadness, loss, regret, paranoia and more. Tompkins is always questioning and the music really does dictate the mood and helps give the listener direction in terms of how to feel. Despite a lot of long intros, they do seem to have a purpose in setting up a mood and a world, preparing the listener for what is to come. Some might consider it overboard, but others will appreciate the scenery painted for them. A pleasantly surprising part of the album was how central and how amazingly well Williams was incorporated. It was a staple of the album and really drove home the most desperate and longing parts of the tracks.

Looking back at 2013’s Altered State, the bass was central in some of the best songs, like “Of Reality – Eclipse.” Not present on Polaris was Chris Barretto (ex-Periphery, Ever Forthright), who had a great saxophone part on Altered State’s “Of Energy – Calabi-Yau,” instead opting for the vocal talents of Grech who performed amazingly on “Hexes,” one of the strongest tracks. Compared to their past releases, the mix is much tighter and the tones are just better. Props have to be given to Bruce Soord (The Pineapple Theif) for his production job. Whether the album is about addiction, love and loss, faith, or all of the above, this is an album that people can connect to. The only question is where does the band go from here? The incorporation of more guests is certainly popular and the inclusion of other instruments really seems to work for them, but what about thematically? With an audience that is begging for even more envelope pushing goodness, TesseracT may have conquered the daunting album number three, but they have set themselves up with an even bigger challenge in the process. CrypticRock gives Polaris 4 out of 5 stars.