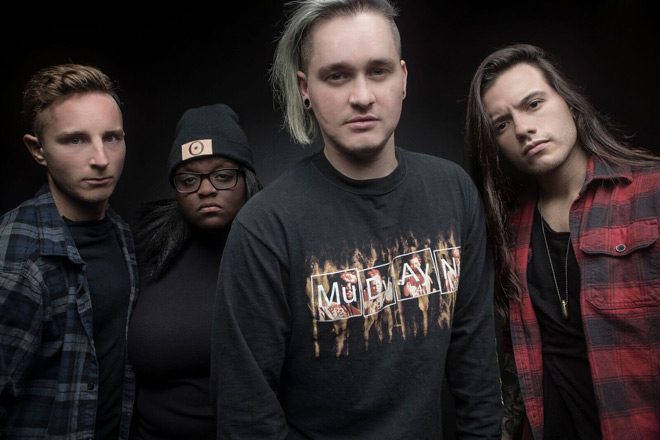 Do you get behind a band that celebrates individuality, intelligence, all while embracing the Do-it-yourself spirit? If so, Tetrarch just might be for you and their upcoming full-length debut, self-released album, entitled Freak, attacks an eardrum near on Friday, September 29, 2017.

Self-proclaimed “Nu Metalcore,” Tetrarch’s influences range from Metallica to Gojira, Korn to Slipknot, Mudvayne to Linkin Park. Simply put: all things heavy! They formed in Atlanta around 2007, though the quartet – composed of Vocalist/Guitarist Josh Fore, Lead Guitarist Diamond Rowe, Bassist Ryan Lerner, and Drummer Ruben Limas – now call the City of Angels home. Since forming, the band has released a series of EPs – 2008’s Pravda, 2011’s The Will To Fight, and 2013’s Relentless – which have allowed them to hit the road and share stages with the likes of Avenged Sevenfold, Seether, Alter Bridge, DevilDriver, Superjoint, 36 Crazyfists, DED, Cane Hill, and many, many more.

Now, Tetrarch are set to nab their place in heavy music history with their full-length debut, Freak. Produced by Dave Otero (Cattle Decapitation, Allegaeon), the eight-song offering blends the haunting melodies, 2000’s Nu Metal (minus the Rap, folks!), and a smattering of their darker, bolder influences to create a sound that is fully, massively Metal. While this is not a concept album, there is a message here. Says the band’s resident guitar goddess Diamond Rowe: “Freak is basically about embracing the weird things about yourself that other people may find bizarre.” Rowe continues with, “This song and album are for the people who, like us, are willing to flaunt their individuality.”

Freak kicks off with its namesake, the titular “Freak,” an anthemic promise that there is positive in the negative label. Driving, heavy guitars wrap around Fore’s melodic vocals, creating a sound that harkens back to Hybrid Theory-era Linkin Park (minus Mike Shinoda, that is). It is a delicious nod backward, not a clawing copycat, creating a track that feels immediately familiar and beloved. You will cheer along as Fore implores: “In the darkness the strange become ordinary / So come and let your psycho loose!”

The dark and moody “Spit” leads perfectly into “Pull The Trigger,” an emotionally heavy struggle between our self-loving and self-loathing inner demons. For anyone who has ever struggled with mental illness, Tetrarch have created a vicious, pummeling yin and yang with lyrics that paint both sides of the coin hauntingly. “Light is fading from my eyes / Give me one more try / Forgive me if I cry / I’m too young to die,” Fore sings in this macabre yet hopeful ode to the inner-struggle that many of us face each day when trying to put a smile on our faces. The overall impact here is heavy: in sound and subject matter!

Tetrarch next tackle the bass-heavy “Mary” and the blistering growls of their newest single/video, the jackhammering attack of the pissed-off “Oddity.” Complementing one another flawlessly, Rowe’s gorgeous guitar work leads the band into “Break The Trend,” where Fore’s vocals absolutely soar and our guitar goddess provides one killer solo. A raging storm that discusses being hated for being different, Tetrarch encourage their followers to burn the hate and cleanse this world to make way for a new trend. It burns perfectly into the apropos plea of “Please Let Me Be” (“I am not the enemy!”). For closing number “Torn Apart,” the band takes a slowed pace, proving that Tetrarch can dial it down a notch and still have a massive, powerful, emotional heft to their sound without screaming it in-your-face.

With Freak, Tetrarch have presented a collection of blistering and vicious sonics coupled with juxtaposed positivity in their emotional lyrics. Weighty, melodic, pummeling and hopeful, this is a young band with spirit to give and miles to go before they sleep! You can love them touting individualism, for their beautiful homages to yesteryear’s finest, for their guitar goddess Rowe – who is placing a new face on women in Metal! – or you can simply embrace them for the bottom line: their music.  It is damned good! For these reasons, CrypticRock give Tetrarch’s Freak 4 of 5 stars. 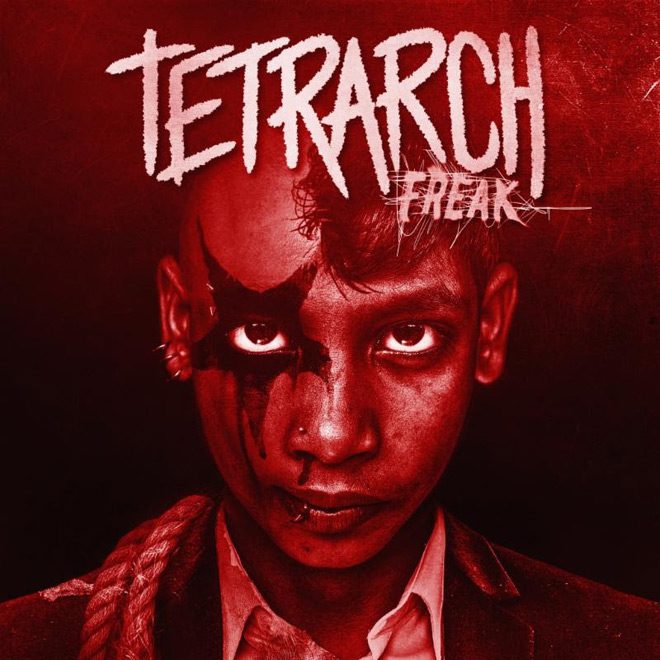