Dutch band Textures came together back in 2001 and could be looked at as one of Metal’s most under-appreciated. On a steady ascent since their 2003 debut album, Polaris, Textures made a bold impression. Recorded, mixed, produced, and mastered by the band members themselves, Polaris is the only Textures album featuring vocalist and founding member Pieter Verpaalen. Replaced by Eric Kalsbeek, who appears on 2006’s Drawing Circles and 2008’s Silhouettes, Kalsbeek would remain with the band until 2010 where the current vocalist, Daniël de Jongh, would become their voice. A mix of Death, Hardcore, Technical, and Progressive Metal, Textures blends many styles of music and creates original songs that are layered and nuanced.

As their name implies, Textures is a band of subtleties and extremes, the name referring to the many “Textures” within their music and within the band members themselves. Since the release of Drawing Circles, the band found themselves on the stage with the likes of The Ocean, Gojira, and Arch Enemy with their support of their album culminating in a Europe wide tour along with All That Remains and Misery Signals. Interestingly, the Dutch sextet have had the privilege of covering almost the entire country with festival headlining gigs in Pune, Kolkata, Bangalore, Delhi, and later on Kathmandu, in neighboring country Nepal, on invitation of the royal family. Now with Bart Hennephof handling guitars and backing vocals, Stef Broks playing the drums, Remko Tielemans on bass guitar, Uri Dijk contributing keyboards, de Jongh providing lead vocals, and Joe Tal on guitar, Textures have amassed enough music to take fans into 2017. Having written both Phenotype and Genotype, the band plans the release of Genotype, while on February 5th Phenotype began Textures’ new era.

Track one is “Oceans Collide,” a violent beginning that quickly grabs the listener with both fists! Chaotic growls start the track as it goes in many directions at once, all the while seeming to be in complete control. Unexpected, yet welcome resolutions demand attention and tangents seem like straight lines. Some clean vocals sweep in and out. A clean vocal from de Jongh accompany a catchy, commercial intro as “New Horizons” quickly turns Hardcore and brutal. Track three, “Shaping A Single Grain Of Sand,” begins with heavy down-tuned guitars and a syncopated rhythm perhaps inspired by Swedish extreme music pioneers Meshuggah. Combined with elements of Thrash and todays Nu Metal, this track is one of the faster on the record. Stef Broks moves seamlessly between blast beats and slow, doom-heavy drums.

Next is “Illuminate The Trail,” a heavy, driving track beginning with de Jongh sounding like rage during the opening verse before shifting to a more commercial chorus and delivering a strong melodic vocal. The contrast continues throughout as midway through the song a quiet vocal driven passage makes for an interesting, unpredictable listen. Broks’ drums dominate “Meander” as it sets the stage for the “Erosion.” This track has many layered movements, like the gears of a clock, different sizes moving at different speeds working together to create movement. Using syncopation to great effect, Hennephof and Tal create a full soundscape of rhythm and lead guitars, overt and underlying, that demand multiple listens. Track 7 is a Thrash, Groove piece called “The Fourth Prime;” it features de Jongh showing another facet of his vocal style, Broks showcases complex drum work as he locks in with Tielemans to form a rock solid, elaborate foundation. Uri Dijk creates the beautiful “Zman;” a piano and keyboard piece that is a peaceful island amidst violent storms and tumult surrounding it. It provides a sweet respite from the heavier tracks yet seems to fit perfectly within them, it also heralds the final song “Timeless.” “Timeless” is a powerful, emotional song that has aggression and simplicity as well as long musical passages that lift the record to its dynamic and compelling end.

Textures has elevated with Phenotype. As stated above, it is the first of two albums recorded; the second, Genotype, which is slated for release sometime in 2017. With the addition of Uri Dijk on keyboards and electronics, and Joe Tal on guitar, Textures adds new dimensions never before heard from the band. Taking over two years to write albums 5 and 6, the attention to detail is evident as layer upon layer is crafted and assembled to create a rich musical experience. Textures combines elements from many musical genres and styles to create a truly unique Metal offering. This sixty minutes of music marks a new era for the band who will tour worldwide in support over the next two years. CrypticRock gives Phenotype 4 out of 5 stars. 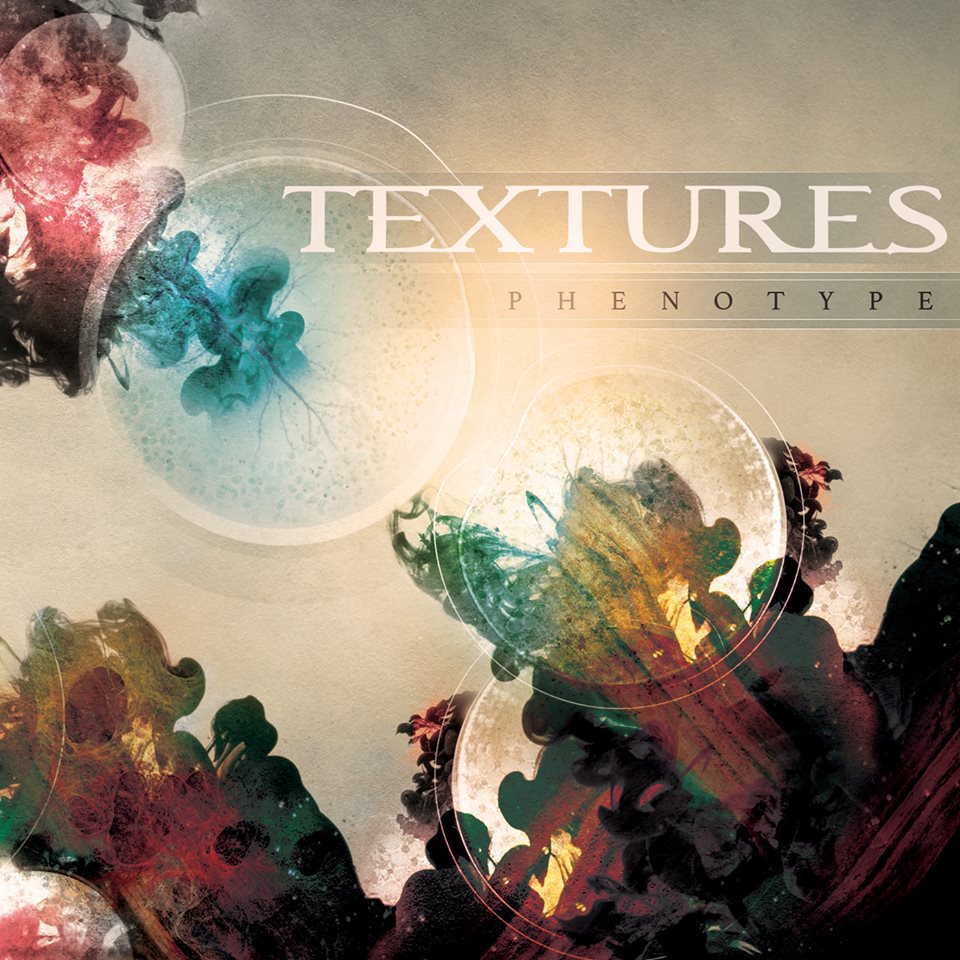