The 1975 – I Like It When You Sleep, for You Are So Beautiful Yet So Unaware of It (Album Review) 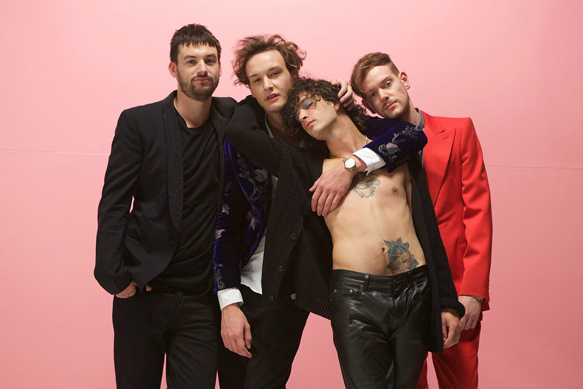 Manchester, England’s The 1975  have become one of Alternative Rock’s most talked about bands. Together since 2002, the band comprised of Matthew Healy (vocals, guitar), Adam Hann (guitar, keyboards, backing vocals), George Daniel (drums, backing vocals), and Ross MacDonald (bass guitar, keyboards, backing vocals) first struck the ears of the mainstream back in 2012 with the single “The City.” The song would be featured on their debut EP, Facedown. Going along to release three more EP’s through 2013, IV would really have fans itching for a full-length record. Finally, their self-titled album hit shelves in September of 2013 and inevitably debuted at number one in their home country. Climbing up to the top 50 in the US charts, the album wold be followed by touring and a massive influx of an international fanbase. Following this increible journey, 2016 would mark the year for The 1975 to follow-up the excitement with new album I Like It When You Sleep, for You Are So Beautiful Yet So Unaware of It. Released on February 26th via Dirty Hit/Interscope, the album was produced by Mike Crossey (Arctic Monkeys, Foals) and is an exploration into their past while looking toward the future.

Starting with “The 1975,” it is the same track that opens their debut album, with some production adjustments. An interesting way to begin the record, next comes the first single, “Love Me.” Introduced after the band’s hiatus from social media, they gloriously returned in October of 2015. It is a very fun track which harks influences from artists past, including perhaps the famous rhythm and base line from David Bowie’s “Fame.” Next comes the album’s second single, “UGH!,” which was released in December of 2015. It is a funky and R&B influenced cut, which is extremely infectious featuring the lyrics, “But the song only lasts three minutes,” and those minutes go quite fast.

Bringing on an upbeat vibe is fourth single “A Change of Heart” which harks back to past lyrics of songs such as “The City” and “Robbers.” Then comes “She’s American,” which is a poppy piece with twinkling synth sounds as Healy’s smooth, yet very British voice harmonizes. It speaks of the obsession of American girls with British boys as he sings, “She falls in love like the old days, expecting the world… ”  The album’s sixth track, “If I Believe You,” takes a slightly more soulful and sensual turn, with a heavily synthesized beat and Healy’s voice soft as it matches the song perfectly. A chorus comes in with Healy’s voice at the perfect time as he is pleading for help and begging for a chance to be with someone. Thereafter, “Please be Naked” starts off as lulling soft white noise before slowly crescendoing into some soft piano tones and changes to a slow relaxing beat; reminiscent of Bon Iver tones. In contrast, “Lostmyhead” starts with thick guitar riffs that seem to walk the bridge between heavy and muffled, and Healy’s voice does the same thing, as if he is literally lost and dreaming in his head.

Violins chime in and out as “The Ballad Between Me and My Brain” starts with harmonizing vocals along with a chiming of a laughter. The beat is very laid back and easy to swing one’s head to before concluding with a drummed beat and then silence. The fourth single off the album, “Somebody Else,” is a more mature tune for the band. Starting off more sophisticated and sensual, it talks about a sensitive issue; a lost love and the idea of imagining them in the arms of another, and the idea of coping. Penetrating a smooth and tranquil sound, “I’m looking through you, while you’re looking at your phone/ while you’re leaving with somebody else,” are words that remain all too relatable seeing the state of technology and human interaction. Playing along the lines of Ed Sheeran, on “Loving Someone,” Healy seems to have the capability to spew words a mile a minute, while the title track to follow marks the longest recording of the album. Clocking in at six plus minutes, the latter is another ballad that crosses through between different rhythms that seem so sweet and delicate that they could easily be heard on a bright rainy day on the streets of London.

Late in the record comes the third single, “The Sound.” This one is a funky upbeat song which is playful, along with fun chorus. The video, released just two days before the album release, is a finger to the haters and critics who have made fun of them for their music, trapping them in a box in the end. All in all, it is a piece that could easily be played in any club in the 1980s and still be considered a hit today. Recalling the image of a love fantasy is “This Must Be My Dream,” with another hip beat behind it, with simple but fun harmonies. This is while “Paris” sounds high fashion, just as glamorous as the makeup Healy now presents himself in on stage, glitter and all.

Bringing it back to basics, the final two tracks are both acoustic, a nice touch to close things out.  Displaying a softer, stay at home by the fire side of the band, “Nana” is a soft and sweet song with effects such as the sound of chains clashing together with pianissimo harmonies. Finally, “She Lays Down” is entirely acoustic, showing the diversity of Healy’s range along with gorgeous guitar work to make it a fitting ending to the record.

The 1975 have come a long way through the years. Their songs are contagious, and those who do not appreciate them at first listen will eventually catch the bug of their music. It is recommended that listeners revisit the band’s previous work before listening to this new effort to understand a lot of the lyrics and themes throughout the record. CrypticRock gives I Like It When You Sleep, for You Are So Beautiful Yet So Unaware of It 3.5 out of 5 stars. 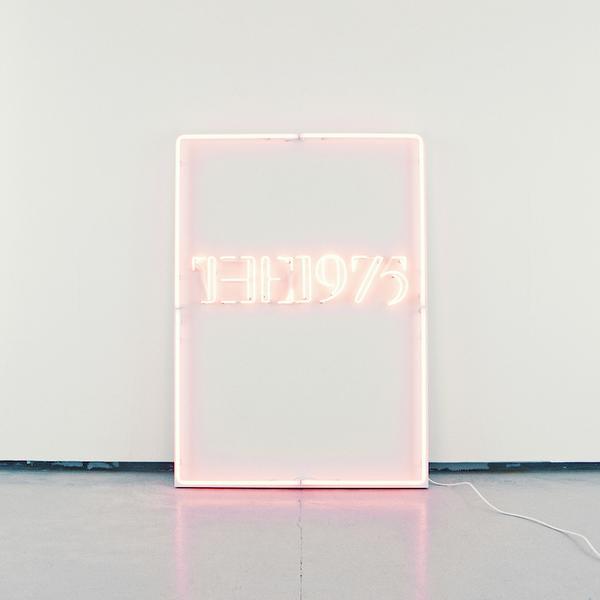 Kings of Leon – When You See Yourself (Album Review) Candlebox – Wolves (Album Review)
Like the in-depth, diverse coverage of Cryptic Rock? Help us in support to keep the magazine going strong for years to come with a small donation.

Album review, Alternative Rock, I Like It When You Sleep for You Are So Beautiful Yet So Unaware of It, The 1975
Print page
0 Likes