The Amity Affliction – This Could Be Heartbreak (Album Review)

August 22, 2016 The Amity Affliction – This Could Be Heartbreak (Album Review) 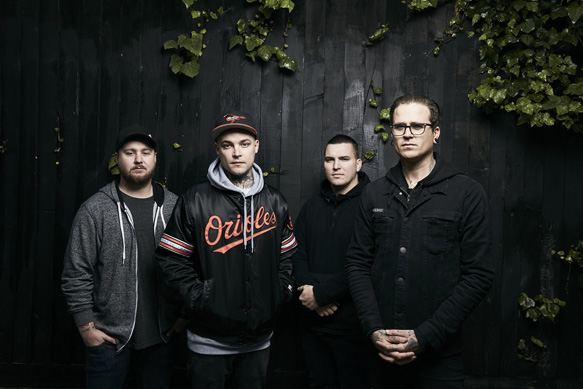 Known for their emotional songwriting and heavy-hitting beats stemming from personal experience, Australia’s The Amity Affliction has been refining their sound for thirteen years. In those years, they released several albums, beginning with 2008’s Severed Ties, followed by 2010’s Youngbloods and their 2012 Roadrunner Records debut, Chasing Ghosts. With worldwide distribution at hand, The Amity Affliction exploded internationally with 2014’s Let The Ocean Take Me, going platinum in their homeland, charting at #31 on Billboard 200, and receiving praise as a top album of 2014 from CrypticRock.

Currently consisting of Clean Vocalist/Bassist Ahren Stringer, Unclean/Clean Vocalist Joel Birch, Drummer Ryan Burt, along with Guitarists Dan Brown and Kyle Yocum, the band makes a much anticipated return with 2016’s This Could Be Heartbreak. Released on August 12th, the new album sees the band working once more with Producer Will Putney, it is also the first album without founding Guitarist Troy Brady. Gut-wrenching, yet oh so beautiful, broaching topics of depression, addiction, and anxiety, this is said to be the final record to feature such lyrical topics from Birch. So what will this last therapeutically and artistic expression of inner darkness entail?

It all begins with a bell tolling in the rain on current single “I Bring The Weather With Me” with vocals screaming out, “I bring the weather with me!” Quite dramatic, the somber reflective song is energetic and multiple styles of vocals to create a beautiful contrast throughout, making for an epic opening. Followed by album title track, “This Could Be Heartbreak,” more screaming vocals match a heavy tempo as colorful songwriting creates a vivid picture while a chorus style vocal make the track feel universal. With a guitar rolling in quietly, “Nightmare” experiences a volume increase as other instruments and vocals come in alongside it. Voices and words combine in a movement to identify with hardship others may be facing as well, a style The Amity Affliction has excelled in.

Giving their listeners little time to recover from the emotional roller coaster, violins introduce “Tearing Me Apart” as the harsh vocals put frustration in certain areas while contrasting softer vocals bring out the passion in the music. It is the type of song one can feel the pain in each word sung by both Stringer and Birch. Continuing with high energy, “O.M.G.I.M.Y” echoes in before a flawless riff and muscled beat meets more contrasting vocals. Pulling the depression of a hard break-up, the meaning of the lyrics is sealed with a recorded message at the end bound to send shivered down the spine of each and every listener.

No less heavy, but more gentle than those prior, “All Fucked Up” feels like a continuation of the previous track, and questions decisions made. Reflective and honest, the song beams the idea that each and every person has their own demons to battle. Diving right back into the heavier end of their sound, “Fight My Regret” battles in with energetic vocals and riffs as the track showcases feelings of going back and forth with a regret. A polarizing feeling, the resolve to move on is demonstrated with determined fervor. Then comes “Some Friends,” which deals with the natural cycle of friendships as melodic guitars and fast drums solidify the beat. Confessing the need for sincere friendship, sadly for many, most flee the scene as soon as times get toughest.

These overwhelming thoughts do not subside as the record winds down and “Wishbone” is seemingly quite depressive. Frustration is once again present in the chorus, “A pill to make me smile, a pill to help sleep, a drink to calm the nerves that keep me feeling weak, I’m meant to be a man but I can’t carry everything.” Not merely wallowing in the lyricist’s own struggles, these are no doubt more universal feelings many can relate with. On the other end, “Note To Self” feels like a challenge and lyrics express needing forgiveness, and change from one’s self. This is a fitting cycle down until “Blood In My Mouth,” which concludes the album with wicked-sounding guitars flying around as Birch bellows frustrations once last time.

Overall, This Could Be Heartbreak is a very intense album, with no break in the heavy tones. Instrumentally, the album takes a short break once in awhile from the darker moments, but fans will get no such break lyrically; this album goes for the throat. The Amity Affliction uses their contrasting vocals to create different tones to the songs, almost as if actors in different parts of a film. Emotions are clearly defined, voices understood, and each track brings a slightly different point of view to the fans. A worthy follow-up to Let The Ocean Take Me, CrypticRock gives this album 5 out of 5 stars. 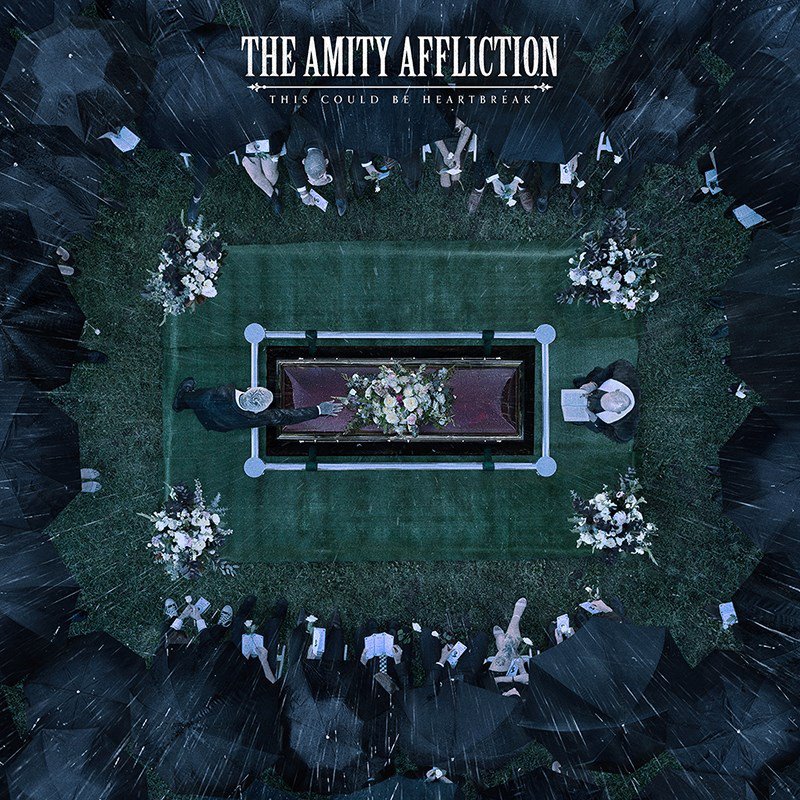 Album review, The Amity Affliction, The Could Be Heartbreak
Print page
0 Likes