Many would say, do not tempt the Devil, as it is inviting bad things to happen. Anchor Bay Entertainment, along with Safran Company and Poznan Film Group, presents The Attticus Institute, the new Psychological/Supernatural Horror Thriller brought to audiences by the producer of The Conjuring and Annabelle, Peter Safran. Set for release on January 20, 2015, this edge of seat film is written and directed by Chris Sparling (Buried 2010, ATM 2012) and executive produced by Dan Clifton (ATM 2012, Hours 2013). Starring Rya Khilstedt (Home Alone 3 1997, Dexter series 2011), William Mapother (Lost series 2004-2010, The Grudge 2004), Harry Groener (Buffy the Vampire Slayer series 1998- 2003), John Rubenstein (Angel series 2001-2002), and Sharon Maughn (The Bank Job 2008, She’s Out Of My League 2010), the film is dubbed the only documented case of possession recognized by the U.S. Government. 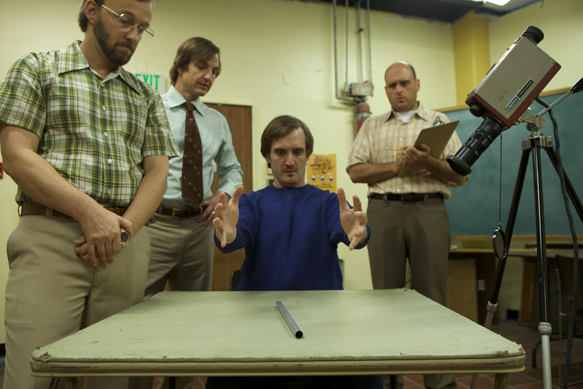 Still from “The Attitcus Institute”

The Atticus Institute was a lab that an impassioned Dr. Henry West (Mapother) founded in the early 1970s to study those with supernatural abilities. He and his crew were able to test and document several cases of E.S.P, clairvoyance, and psychokinesis, although, some studies were skewed. Searching for something concrete to justify their work, they were presented with a new case in petite, nondescript Judith Winstead (Khilstedt). After suffering a back injury as a child, Judith, now in constant pain, is forced to live with her sister and family. After experiencing Judith’s odd behaviour, her sister surrenders her to the institute for studies, not knowing what else to do. After outperforming on all tests, Dr. West’s team becomes aware they have uncovered something special with Judith. Elated and in denial of what she really is, before long, they realize they have their hands full and need to request more help in the matter. 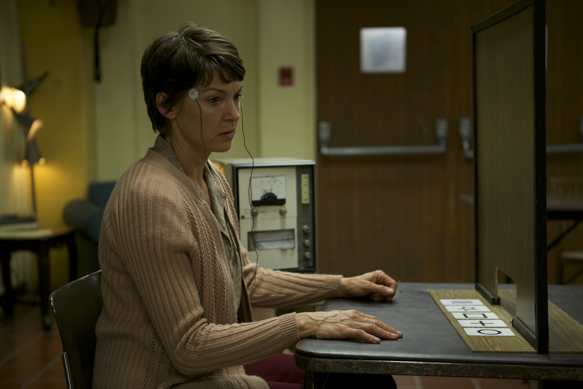 Still from “The Attitcus Institute”

After a call to the US Government, the lab is taken over by the US Department of Defense who wish to study and control Judith for “the better of the world.” With their own ulterior motives of harnessing her powers and using them as a weapon, Judith is pushed to her limits. Witnessing the events, the institute staff all come to feel “affected” by Judith, who picks out the weaknesses hidden in each of them, especially Dr. West who feels her presence constantly. He in turn withdraws from everyone and is advised to seek counseling. The government proceed to shock and order Judith to display her strength. When becoming too much to handle, they administer a gas to sedate her.  Determined to succeed, they continue until a turn of events manifests into something that all parties involved cannot control.

The Atticus Institute is based on the documented recordings that have been classified for nearly forty years in a Mockumentary-style film. Interviews with the employees of West and the US Government are extremely convincing and often stir up feelings of fright, sadness, and regret. The lab recordings are shot with a classic, dimmer, dirty image quality that was signature of the ’70s and adds to the authenticity of the film. Containing extremely realistic documentaries with excellent acting portraying vivid emotions and believable fear, The Atticus Institute will have the viewers insisting that this, in fact, took place. For his directorial debut, the atmosphere created by Sparling is a testament to the ample attention dedicated to the story and detail of the effects. 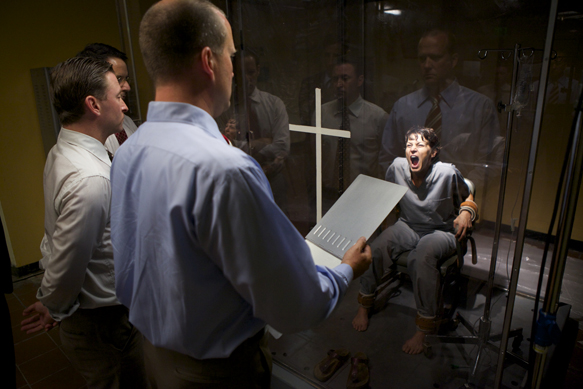 Still from The Attitcus Institute

After being sucked into the movie and feeling as if the viewer is part of  it, the climax of the film will have jaws drop to the ground as their eyes witness what is really inside the airlock that holds Judith. With the abundant amount of Found Footage style film saturating the Horror genre of late, The Atticus Institute stands on its own as a unique, well-told, and compelling story. Move over The Blair Witch Project (1999) and Paranormal Activity (2007), there is a new evil unleashed. CrypticRock gives The Atticus Institute 4 out of 5 stars. 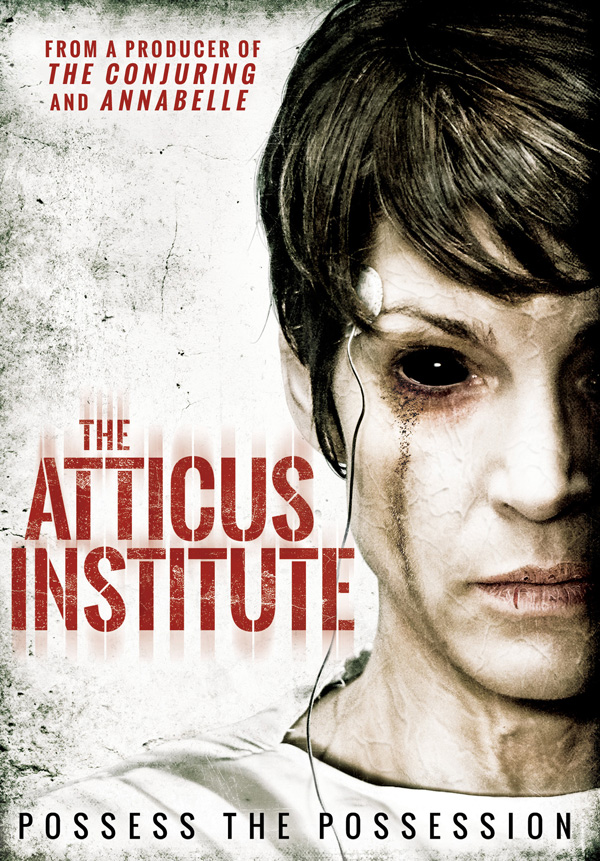