Banshee Chapter is the film by debut Writer/Director Blair Erickson, and it is clear throughout the movie that he did extensive research, marking an innovative interjection of intelligence into horror movies. This film is loosely based on the short story by H.P Lovecraft From Beyond, which is mentioned by one of the characters in the movie, and the 1986 film From Beyond. 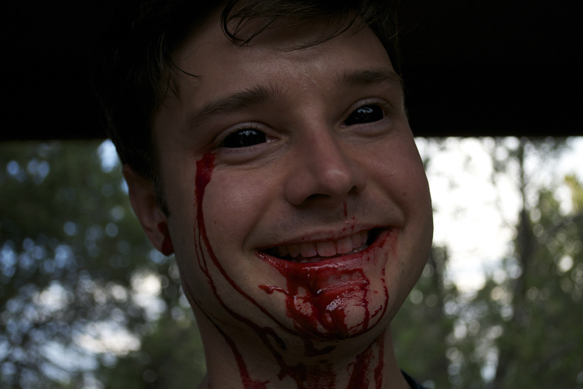 Beginning the film is old news footage outlining the true facts surrounding the events that occurred in 1963, when the US Government (CIA) did experiments on its citizens by injecting them with a chemical called MK Ultra (aka Dimethyltryptamine-19, DMT 19), with disastrous and horrific results.

Fast forwarding to present day, a college student named James Hirsch played by Michael McMillia (True Blood, CSI:NY, The Hills Have Eyes II 2007, Scrubs) investigates the past events and the use of the chemical. More specifically, Hirsch looks deep into all the participants in the experiment which experienced identical side effects; those being hearing unusual noises, along with voices, and began to believe “they” were coming to get them. Hirsch gets hold of the chemical mysteriously from a friend in Colorado and takes it with his friend and camera man in attendance to observe his reaction. Once James takes the drug he begins experiences the same side effects as previous users, changing suddenly into something else, and Hirsch disappears. Shortly thereafter his friend is interviewed by the police regarding the disappearance, he subsequently also disappears.

Hirch’s close friend, attractive journalist Anne Roland played by Katia Winter (The Perfect Life 2008, NCIS, Dexter, Sleepy Hollow series), becomes concerned over his disappearance. Vowing to find out what happened to him; Anne discovers his research linking the government to the chemical and their experiments. Following along the same trail as him, Anne soon discovers the source of the chemical he took was “friends from Colorado” which links to reclusive alcoholic writer Thomas Blackburn played by Ted Levine (Silence of the Lambs 1991, The Mangler 1995, Mad City 1997, The Hills Have Eyes 2006). 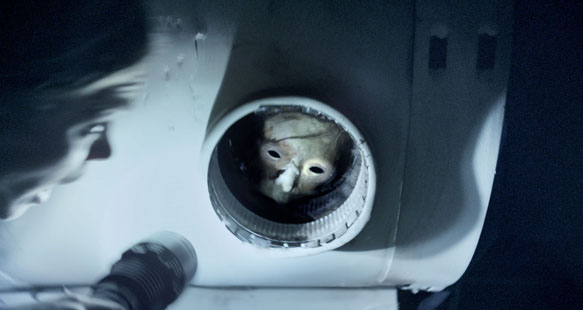 Upon this discovery Anne visits Blackburn, seeking answers under a ruse. Anne soon discovers the true depth of the government’s twisted involvement and the supernatural connection with the chemical, dragging a reluctant Blackburn behind her. It is not long after they are running for their lives against evil forces hell bent on taking over our minds.

Banshee Chapter gets you thinking and the ideas it perpetuates scare you more than what you physically see. One of the creepiest phrases in the film is after Blackburn’s friend Callie (maker of the chemical) takes it and says “they want to wear us”. This movie packs a punch, keeps an even balance of entertainment throughout with no moments of boredom, and possesses a fabulous twist at the end. Throughout the movie you start to ask yourself what is more scary, the chemical that opens a gateway to a dark world, or the government that willingly without remorse or afterthought experimented on its own citizens? Banshee Chapter is an excellent thought provoking movie and highly recommended. CrypticRock give this movie 5 out of 5 stars. 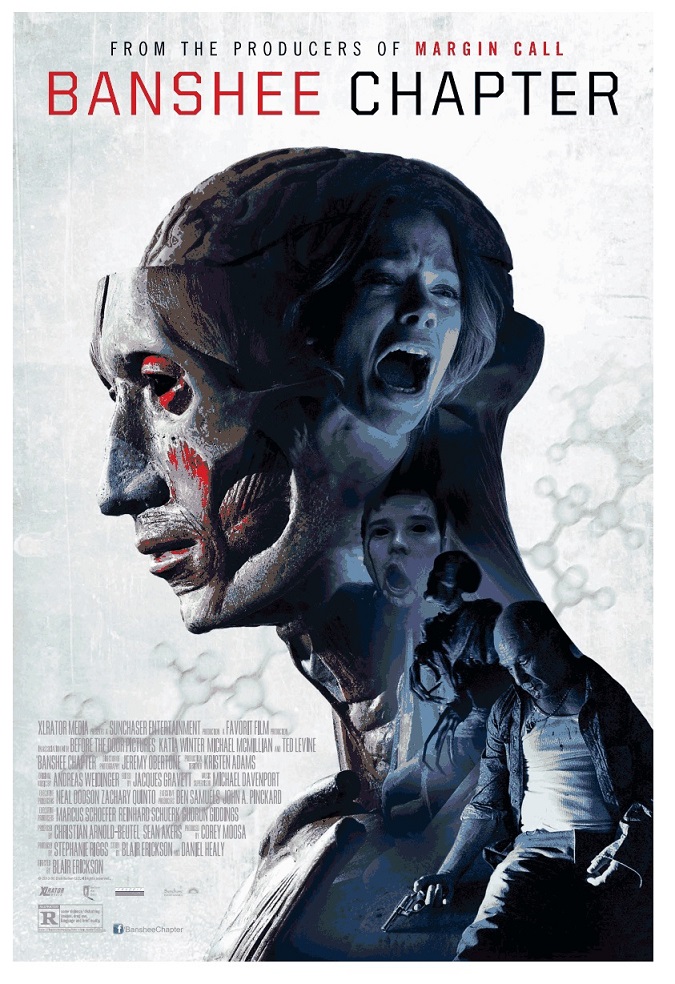