The Before Time (Movie Review)

Sometimes audiences need to give a film a chance,despite the synopsis, critics, or thoughts of others. There are many hidden gems that will be forever missed out on because the brief synopsis given did not intrigue enough people or the ratings were horrible. But first appearances are not always what they seem, and one cannot always judge a book by its cover. Some of the most original stories fly under the radar, but luckily reviewers can help shed light on them and make them known to the public! 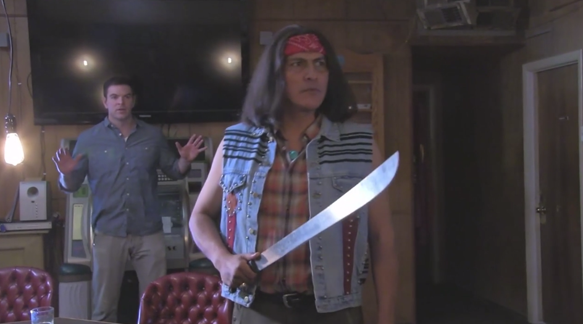 This just so happens to be the case for director Miguel Müller’s (Yolanda 2011, Any Other Friday 2014) new film, The Before Time. In this Horror Thriller, Müller proves that some movies benefit with the Found Footage feel and can deliver a unique story. It was produced by Peter Paul Basler (Filmnut 2007, Spotlight 2010) and Shahrook Oomer (7 Seconds 2005, The Chosen One 2010) based on the screenplay by Müller, Scott Bunt (Sea of Dust 2008), and Rodrigo Goulart (debut story). 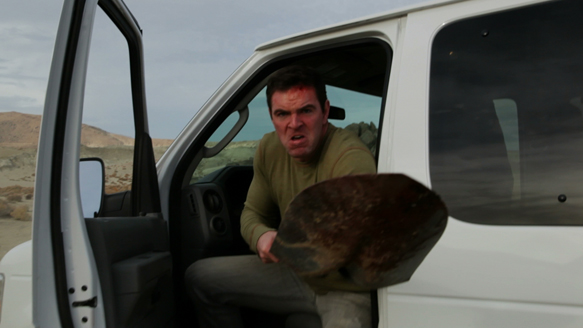 The Before Time begins when Daniel (Jonas), who works for one of the local news stations, decides he wants to make a reality show with the news crew based on the recent tragedy where eight headless bodies were found near the California border. At the murder scene, a gold coin was found, which perked Daniel’s interest after his cameraman, Miguel, told him the history of the Navajo gold. Miguel himself is Native American and tells about their legends and the secrets about a hidden gold mine in the desert. Daniel decides to bring in two rival news crews to add in drama, consisting of Kimberly (Hartley), Cate (Baker), Jimmy (Botello), Miguel (Arroyo), Angela (Dowler), Peter (McGowan), and Bruno (Marus).

Once they arrive, Daniel expects them to dive right into the experience to make the scenario as real as possible; including adding paid actors to play members of the Navajo tribe to make the show more entertaining. After setting up tent, they participate in a traditional Navajo ceremony in which they have to drink peyote; a hallucinate that will help them connect with their spirit guides and guide them to the treasure. To their surprise, it works and they discover the gold shortly after. However, weird things begin to happen, people go missing, and the Navajo tribe will take revenge on them for trespassing on their land and their gold. 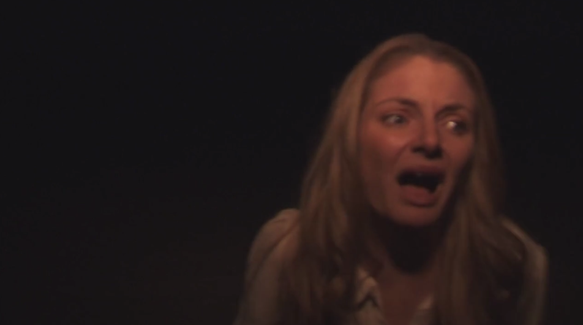 The Before Time’s DVD premiere was on March 8th, 2016 and is sure to please audiences with its intense Horror Thriller story. Although, Found Footage films have been overdone in the last couple years, this one stands out among the rest. It stands out because unlike some other films, this scenario seems realistic, something that people would do to gain popularity and ratings; meanwhile not thinking about the consequences of their actions. CrypticRock gives The Before Time 4 out of 5 stars. 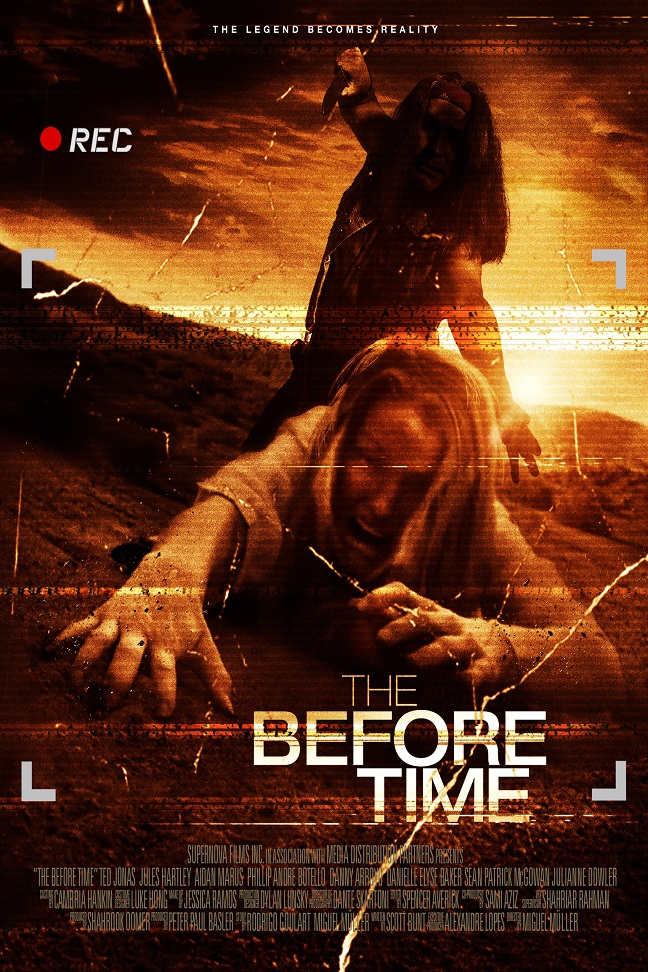 Purchase The Before Time on DVD on Amazon