As odd as it may sound, religion and Horror have been entwined for decades, mostly due to the popularity of films such as The Exorcist (1973) and The Omen (1976). Now, first-time feature film director Gus Krieger (Producer credits: Would You Rather 2012, The Killing Room 2009) adds his take on this controversial subgenre with The Binding. Produced by Michael Glassman (Phat Girlz 2006), Scott Hyman ((500) Days of Summer 2009, Our Family Wedding 2010), Matthew Herrier (debut producer) and Jeff Moriarty (debut producer), the film is set for release in August 2016.

Bram (Josh Heisler: Hard Crime 2014, The Bannen Way 2010) is a minister who has a “revelation from God” on the night of his infant daughter’s christening. His equally religious wife, Sarah (Amy Gumenick: Arrow 2014-2016, Hard Crime 2014), is excited that God may have spoken directly to her husband. This enthusiasm soon comes to a halt as Bram begins to have extreme insomnia, terrifying nighttime outbursts, and personality changes. They consult fellow minster, Uriel (Leon Russom: True Grit 2010, Prison Break 2006-2009), for counseling and Bram reveals the extent of his revelation.

He believes that just as God commanded Abraham to sacrifice his own child, he must be willing to sacrifice his daughter. If he is truly willing to take her life, perhaps God will intervene just as he did in the Biblical story. He is convinced that if this does not take place, hell will reign down on earth. Both Uriel and Sarah are shocked and they begin looking for other answers to his behavior, including issues in physical health. When that gets ruled out, Sarah believes that he may have had a potential relapse with his alcoholism. 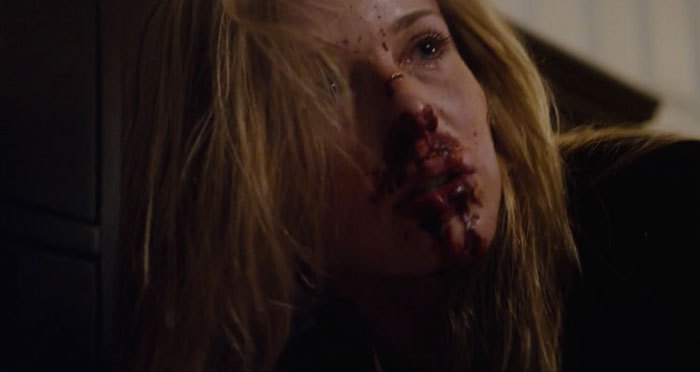 After Bram assures her that alcohol is not a factor and the medical tests come back normal, Uriel refers the couple to a psychiatrist, Dr. Kore (Larry Cedar: The Crazies 2010, Deadwood 2004-2006). Dr. Kore offers an alternative explanation, as he believes that Bram may be possessed by a demon. A darker force was perhaps imitating God, but Bram was blind to it since he is a man of faith. With nothing left to lose, an exorcism takes place, but it seems that the horror is only just beginning.

The Binding does not follow the usual formula that is typically seen in Possession movies, and this works heavily in the film’s favor. It is quite ambiguous, especially during the last segments, which keeps the suspense heightened for viewers. There is not a great deal of action throughout the film, but there are still a few chilling and brutal scenes. Josh Heisler brings a lot of intensity to his role and, as dark and conflicted as his character is, he seems very authentic. Amy Gumenick’s performance was realistic, although Sarah’s judgement is quite questionable at times. These two actors mainly carry the film, but they are surrounded by a strong and talented supporting cast.

Beautiful cinematography, professional acting, and an unsettling score help the film go beyond what is expected of most micro-budget Horror movies. It is obvious that Director Gus Krieger used every resource available to its full potential, making for a very effective addition to this subgenre. Horror fans would be wise to keep an eye on Krieger’s future projects. CrypticRock gives The Binding 4 out of 5 stars. 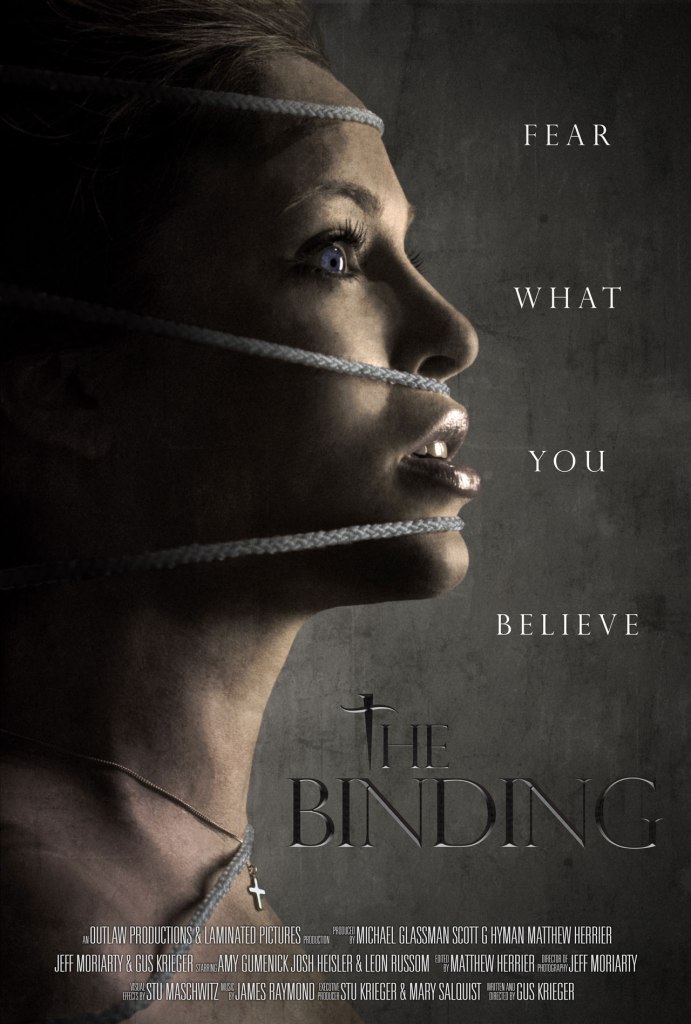