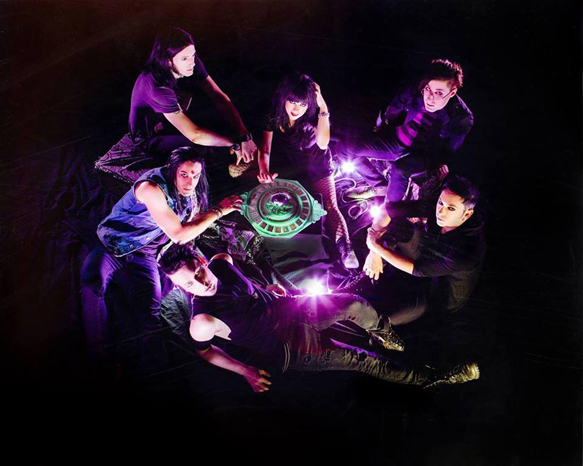 When listing off some of the most creative and unique bands in the last decade one would be hard pressed not to include Canadian’s The Birthday Massacre amongst them. True that there was a great deal of band’s incorporating keyboards with sharp guitar riffs, but not like this. Since their first release in 2002 entitled Nothing and Nowhere this band of misfits took dreamscape to a whole new level. The programming and synths could induce the same fear and euphoria one experiences having a nightmare or dream. Add to this the maniacal guitar duo of Rainbow and Falcore on guitar and the one of a kind vocal work by Chibi, and listeners have not only the perfect foundation for every album but an intense live show. In fact, their ever growing fan base is one of the industry’s most loyal. Now in 2014 they are rewarding their followers with perhaps one of their best works to date, Superstition.

While it goes without saying that The Birthday Massacre has such a massive sound on every release, they may have truly perfected it on their sixth full-length album. The album kicks on a flurry of hypnotic keyboards and sonic guitars on the track “Divide.”  As the verse crescendos into the chorus and song all but envelopes the audience into a haunting mountain of sound. On the topic of haunting one cannot avoid getting hooked to the melodic masterpiece on the title track “Superstition.”  Rainbow, being the head programmer for the band demonstrates just how much he has learned composing his sonic script,  while Chibi laid some of her best vocals to the track. The following track,”Destroyer,” would have to be the highlight of this album the perfect blend of the band’s dreamish sound and surgical industrial metal. One consistency can be said for this album like all other The Birthday Massacre releases, unlike most artists today their albums have a flow to them. In an age where the art of writing a continuous album seem to be lost, all of the Birthday Massacre’s always does just that. One can tell there is no focus on making THE “single” but rather developing one great album.  With that said another major highlight comes toward the end of the record with the song “Beyond,” which currently has a beautiful produced music video getting a ton of views.   Considering this album was put together on a PledgeMusic campaign fans got every bit of their investment worth and then some.

Superstition in many ways represents a sense of evolution not only in how the band has influenced their audience creatively but also how they can help keep good music alive. It starts with the fans getting directly involved in being an actual investor in the band. Granted the pressure is double for the band then before, but do not tell that to the The Birthday Massacre who put together one of 2014’s best albums. CrypticRock is proud to give Superstition 4.5 out of 5 stars. 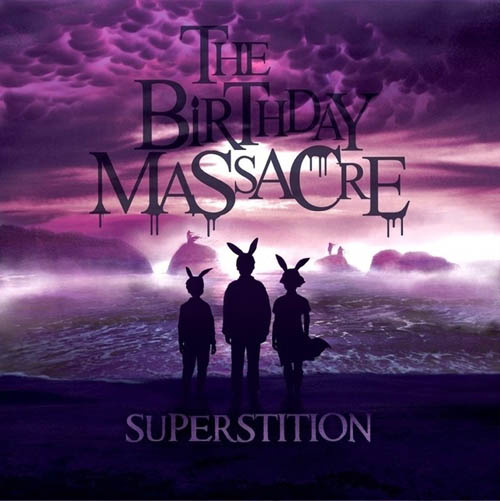