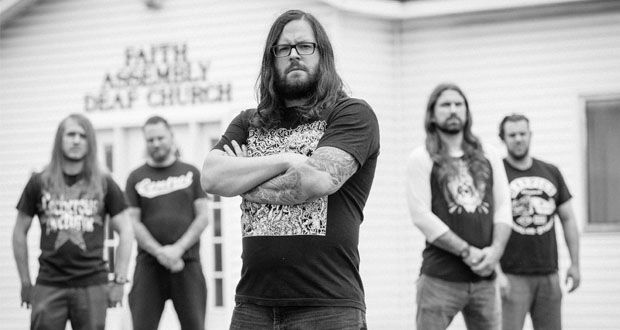 The Black Dahlia Murder get their name from the infamous murder of Elizabeth Short, who is often referred to as Black Dahlia. Popularized in press and in the media at large, the gruesome homage lays the ground for one of the most popular and most extreme metal acts of the last decade. The band is comprised of original members Trevor Strnad (lead vocals) and Brian Eschbach (backing vocals/rhythm guitar), as well as Ryan Knight (lead guitar) who took over the position in 2009 and finally, Max Lavelle (bass) and Alan Cassidy (drums) who joined in 2012. Abysmal is their seventh studio album, which displays some of the most brutal cover art they have used. Mark Lewis, who has worked with some of the heaviest Metal acts to come out of the 2000s, worked with The Black Dahlia Murder for the fifth time on this album. After all these years they remained loyally signed with Metal Blade Records. This latest trip to the studio resulted in Abysmal, which stays the course.

Abysmal opens with a bit of orchestration, perhaps as a nod to the popularity of FeedTheRaven’s cover of “Statutory Ape” released last year. After the orchestration, “Receipt” falls back to the sound that fans have become accustomed to with the pickup beat on the drums, alternate palm muting on guitars, harmony and solo. Guitarist Knight absolutely destroys it. The title does not make a lot of sense until one listens to the lyrics, which can be difficult for the non-metal inclined. The song is actually about suicide and the final stanza, the most clever, ends with an explanation. “Dear Mother and Father, now look what you’ve made. More eager fodder for the depth of a grave. For the sweet gift of life you’ve both bestowed upon me. You’ll wish that you’d felt inclined to keep the fucking receipt”

“Vlad, Son of the Dragon” is a more straightforward title as The Black Dahlia Murder keeps it dark and brutal. They are like the real life version of animated band Dethklok. The bridge at 1:40 is classic and the ensuing solo gets melodic for a second. The title track comes  up next and “Abysmal” does not disappoint. The double-kick on the drums and the sweet triplets on the guitar is a prime example of, “If it aint broke, don’t fix it.” They have a sweet formula and it works for them. The blast breakdown in the middle of the track while Brian sings about burning in hell for all eternity is on point. This track also has a clever outro line; “Signed ‘Your Friend, Abysmally.'”

The best part of “Re-Faced” is the break down at the two minute mark. It is followed with a solo that has a perfect tapping moment in it. A lot of fans were afraid that Ryan Knight would disrupt the flow and the way The Black Dahlia Murder wrote, but that was all put to rest. His delicate and blazingly fast hands only add a deepness and technical prowess to each track that is brought to life through its solo. The Texas Chainsaw Massacre-level of depravity in the lyrics really do make one’s blood curl. It only gets worse though, as “Threat Level No.3” is about a man struggling with unnatural and deplorable urges as he begs society to lock him away. It contrasts with the main riff of the song that can be heard at 1:12, which, while in a minor key, is more uptempo than a lot of their other tracks. “The Fog” is an easier pill to swallow. The Black Dahlia Murder has a history of using words ending in -throp in their song titles, “Elder Misanthropy” is just one example. The topic of this song is “lycanthropic bliss,” or, the bliss of the wolf. The guitars’ harmonization with the vocals in this track is truly epic. The song opens up with creepy creaky sounds and a lady saying, “I hope this is as close to hell as I ever get.” Phobia/Phobic is another suffix the group likes to use; as in, “Stygiophobic.” Yet the fear of hell is something that this group does not seem to have. The song itself is relatively short and it ends with a double duty solo as Knight and Eschbach work  together, then a fade out.

The Black Dahlia Murder is never shy about  tackling touchy subjects with vigor. “Asylum” is all about the people labeled as “insane” or “crazy” and the way society treats them. “What do they mean for us and what do they deserve?” The song really makes the listener think as the drums drive it home and make it feel like a march against their mistreatment. “Oh, the humanity.” Of course, it is not a complete The Black Dahlia Murder album without a song about the Antichrist and “the end of christian kind.” Misotheistic when it comes to the christian God, the song drives home a conquest against God’s followers. About 1:30 into the track, it gets melodic and sounds  different than other tracks in that moment. The final track on the normal version of the album is also the longest and opens fancily like the first track. “That Cannot Die Which Eternally Is Dead” is reminiscent of a freak show with an organ-sounding synth that breaks into a more grand metal riff. The last song of The Black Dahlia Murder albums always end heavily and epically. There are two solos in this song and it is one of the best tracks on the album.

Abysmal as a whole is brutal and hardcore with a little bit of experimenting and a little less melody. It is a little more of the same that fans have come to expect from the band, but that is not a bad thing. Each of their albums is very listenable and their formula works. Not all bands choose to progress and move on, some get comfortable and keep pumping out tunes their fans like. The Black Dahlia Murder is one of these bands. It may not be everyone’s favorite album, but CrypticRock gives it a solid 4 out of 5 stars. 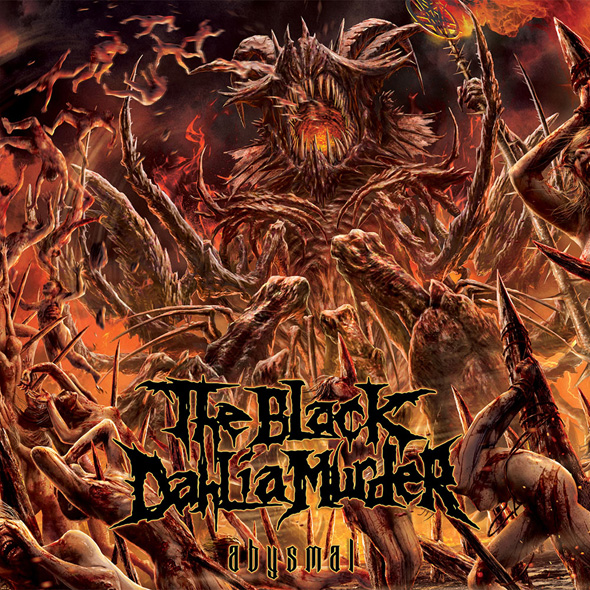