The Cadillac Three – Bury Me in My Boots (Album Review) 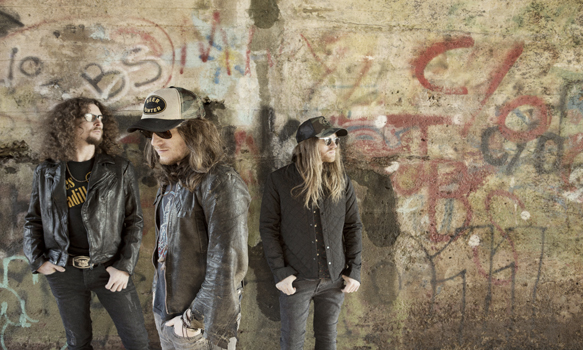 Making an impact in Southern Rock, The Cadillac Three began climbing their way up the music ladder from Nashville, Tennessee back in 2011. Rising from the ashes of promising young band American Bang, former members Jaren Johnston (lead vocals, guitar), Kelby Ray (bass guitar, Dobro, acoustic guitar, vocals), and Neil Mason (drums, vocals) downsized to a three piece to try their hands with The Cadillac Three. Turning out to be a positive experiment, the new band charted a position on Billboard Heatseeker charts with their self-titled, full-length in 2012, and now in 2016, return with their follow-up, Bury Me in My Boots. Released back on August 5, 2016 via Big Machine, Bury Me in My Boots is a 14-track album written mostly out of the back of vans and buses as the band tirelessly toured around the world.

Debuting at #5 on Billboard’s Top Country Albums chart, selling 11,000 copies in the first week alone, the album kicks off with heavy accented vocals and heavy guitars on the title-track. Addressing life and death, the song has a distinctly easy down-home feel that conjures up a clear blue sky and county dirt roads. Then, “Slide” brings a fast, biker bar energy, weaved in the revving guitars and auctioneer styled vocals. Starting with a dusty one-horse town vibe,“Drunk Like You” offers something sensual. Thereafter, “Grafitti” features simple, yet haunting background vocals, echoing the sentiment of good memories, while the beat provides a nostalgic feeling, reflecting on better times.

Twinkling in with wind chimes and a lazy feeling, “Buzzin’” comes in with a deeper guitar, darkly, which shifts the energy from easy to more ominous. Mellow and dangerous, it feels like a tinged love song. Ramping the mood right back up, “Party Like You” features a more stooping rush of blood to the head, and just like the title, the party is truly translated in the beat and vocals. In contrast, “Ship Faced” plays on words, creating a scene of a beach hangover morphing. Also quite enjoyable, a lackadaisical attitude floats around and emphasis on the word ship sounds like a champagne bottle pop. More straight-forward, “Soundtrack To A Six Pack” highlights the country lifestyle in pointing out each hallmark of a southern upbringing. Continuing on, “White Lightning” does its best to present a love story illustrated by several metaphors. Gaining momentum gently throughout, the listener plummets into the story further, complements of strong lyrical content.

Coming in with a quiet anthem behind it, “The South” builds as it moves along. A true “proud of where we come from” song, it also inspires pride in one’s southern roots. Switching gears once more, “This Accent” comes in on a more serious note. Featuring guest appearances from Florida Georgia Line, Dierks Bentley, and Mike Eli, lyrically, it metaphorically strips away material things, emphasizing the strength in oneself. This is before “Peace Love & Dixie” mixes hippie and deep south tendencies together for a unique mashup while smokey vocals join full bodied guitars, creating a heavy, mature sound. Bringing on two polarized emotions to conclude the album, “Hot Damn” returns to having fun to a soundtrack of lively guitars and jukebox vocals. Lastly, “Runnin’ Red Lights” rounds out the album on a quieter, solemn note while gentle guitars and heartfelt singing coveys a feeling of longing for home and family.

Overall, Bury Me in My Boots offers common Country music themes in a modern way. Although popular themes, The Cadillac Three make it feel a little different, in fact, much more sincere than the average listen. Simply put, Mason has stated, “It’s just real songs.” To the point, Bury Me In My Boots feels very fresh and, for this reason, CrypticRock gives this album 4 out of 5 stars. 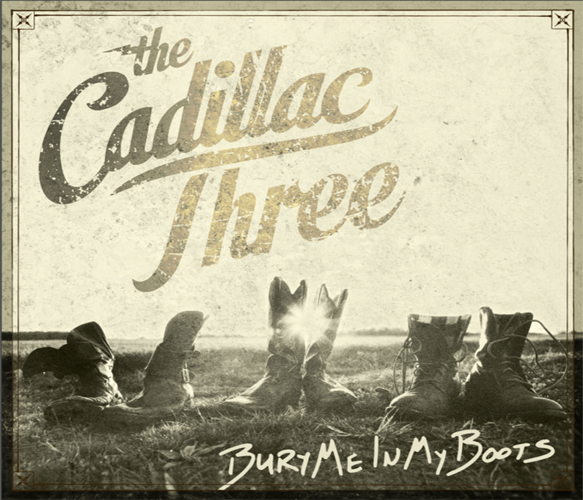