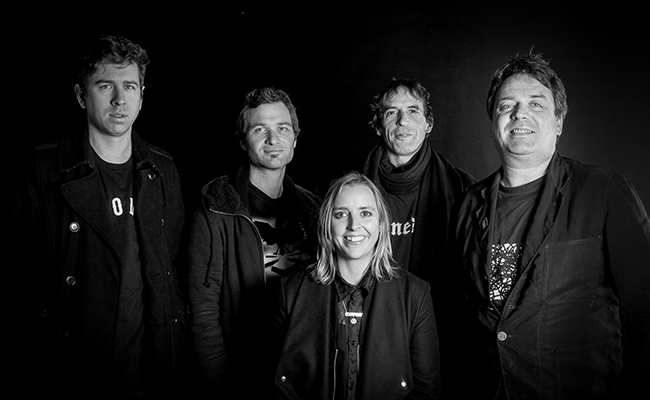 Understandably, The Chills was a Johnny-come-lately in the greater New Wave/Alternative Rock/Indie Pop arena for a couple of reasons. First, despite its having formed in 1980, relatively early in the nascent stage of the said genres, unfortunate events plagued the group even before they really took off. Key member Martyn Bull (drummer) succumbed to an illness in 1983, inevitably fracturing the band and delaying all its plans. Second, the very fact that The Chills hailed from New Zealand meant that it naturally took more than the usual years to get noticed in the generally Americocentric and Anglocentric music scene. But naturally, in their homeland, The Chills shot to popularity as soon as its singles started making dents on the local charts—such as “Kaleidoscope World,” “Rolling Moon,” “Pink Frost,” “Doledrums,” and “I Love My Jacket.” In the so-called international scene, The Chills caught up already in the early ’90s, via the song “Heavenly Pop Hit,” which was followed by another jangly head swayer, “The Male Monster from the Id.”

Formed in 1980, in Dunedin, New Zealand, The Chills was the brainchild of singer-songwriter Martin Phillipps, aided by a revolving door of musicians who came and went during the band’s entire career. The struggles that Phillipps and his band faced took them seven years before they were able to release their debut full-length, 1987’s Brave Words. The followup, Submarine Bells, docked in 1990. Two more albums were unleashed—1992’s Soft Bomb and 1996’s Sunburnt—and then the band’s activities became sporadic again. The Chills did not really disband, but the continual personnel changes prevented Phillipps from really moving forward in a pace that he might have wanted. In the interim, The Chills spent the late ’90s and early noughties playing low-key shows in spite of Phillipps’ having been afflicted by an illness himself, from which he luckily eventually recuperated.

The Alternative music scene at large seemed to have forgotten about The Chills for a while, until in 2015, to the pleasant surprise of its longtime fans and many enthusiasts of Indie Pop in general, the hibernating New Zealand Indie hero rose from inactivity once again. The rejuvenated Phillipps, with his current comrades—James Dickinson (bass), Todd Knudson (drums), Erica Scally (keyboards), and Oli Wilson (keyboards)—issues The Chills’ long overdue fifth album, Silver Bullets. Nineteen years have passed since the day its predecessor has been released! The silver and sheeny songs that it contains compensated for the time inbetween, for the tracks are ready to swiftly lodge their place in the very heart of the awaiting listener.

Released on October 30, 2015, Silver Bullets is worth the two decades it waited for to see the light of the scene. It opens dramatically with a short ambient instrumental entitled “Father Time.” Afterwards, the listener is then treated immediately to the choppy rhythm and heavenly Pop thrill of “Warm Waveform,” which is actually only the start of a slew of catchy and cutesy Guitar Pop songs that consistently comprise the entire album. Surfacing next is the slick and shiny melody of the title track, whose interwoven guitar tracks may remind the initiated of bands like The Close Lobsters (“The Skyscrapers of St. Mirin”), The Trash Can Sinatras (“Only Tongue Can Tell”), and Inspiral Carpets (“Dragging Me Down”). The mood becomes introspective with the relatively slow tempo of “Underwater Wasteland,” whose introductory and interlude guitar lines give off a whiff of Chris Isaak’s “Wicked Game.” Then, “America Says Hello” and the short “Liquid Situation” immediately bring the pace back to high gear with their respective driving beat and sense of urgency.

Clocking at eight minutes, the shoegazey “Pyramid – When the Poor Can Reach the Moon” is lengthy, textured, ambitious, yet nevertheless engaging. After this journey to the moon, The Chills treats the listener to the saccharine ride of “Aurora Corona,” which bears similar fuzzy Pop tendencies with the likes of Sugar (“If I Can’t Change Your Mind”) and Screaming Trees (“Nearly Lost You”) and the melodic penchant of XTC (“Mayor of Simpleton”) and The Railway Children (“Every Beat of the Heart”). The synth-soaked “I Can’t Help You” follows in the same beat and infectious indulgence. Near the end of the album is the slow drone and tribal percussive rhythm of “Tomboy”—The Chills reassuring acknowledgment of the outcast and the sidelined. Finally, Silver Bullets closes with the upbeat, bright, guitar sparkly, and very catchy “Molten Gold,” the album’s surefire future classic in the making—which will remind enthusiasts of Alternative music that The Chills belongs to the same revered category as other New Zealand bands like The Bats (“Smoking Her Wings”), The Clean (“Anything Could Happen”), and The Verlaines (“Death and the Maiden”).

Many initiated observers have sadly (yet understandably) tagged The Chills as a band that was cursed with a series of unfortunate events since the day it was born. While this might be historically true in certain aspects, The Chills, on the other hand, seems to have also been enchanted with the magical ability to come up with well-crafted songs that are stuffed with Indie Pop quality, wrapped with a veteran scenester’s credibility, and then glazed with Pop sensibilities. If Silver Bullets is yet another chance for the New Zealand band to prove its worth or, at the least, to show that it could still cast its magical spell on those who love that kind of music, then record enthusiasts should as well grab the same opportunity by laying their hands and ears onto another truly memorable album released this year. The Chills and their longtime fans and would-be fans from this generation simply deserve each other and another chance to celebrate good music. CrypticRock gives Silver Bullets 4 out of 5 stars. 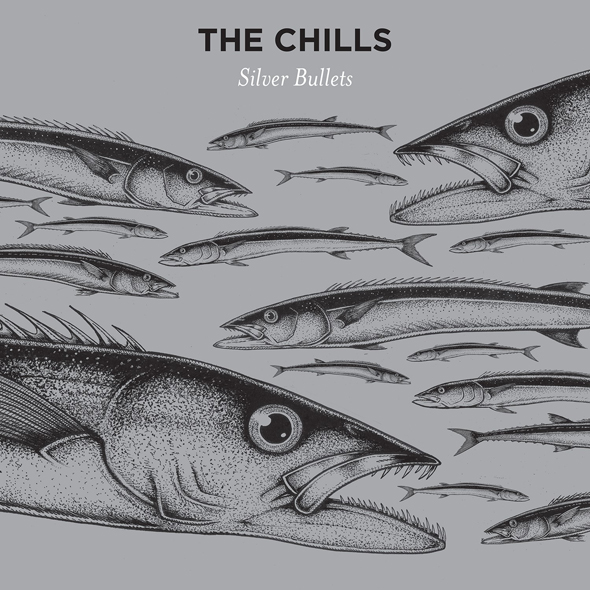