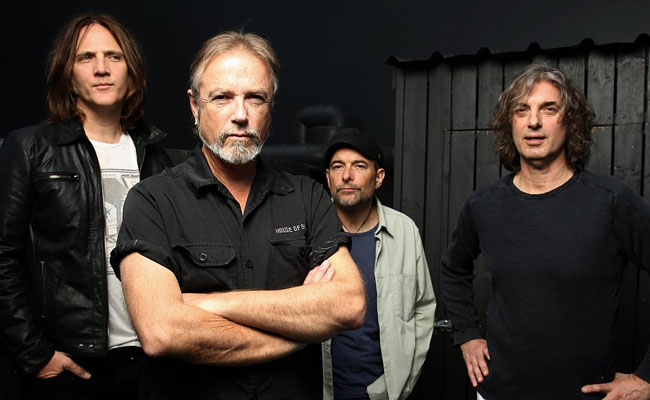 Many listeners who are familiar with The Church, especially because of 1988’s hazy-sounding, chart-topping ballad “Under the Milky Way,” might think that the new Further/Deeper, released February 3rd, 2015 in North America, was a comeback album for the Australian band. While this might be seen as partially true, for its predecessor, Untitled #23, five years younger, The Church never really went on a long hiatus. In fact, the group that was formed in Sydney, Australia in 1980 may be regarded as one of the most enduring and prolific pioneers of the now acknowledged New Wave genre. In a span of thirty-four years, The Church has released twenty-five full-length albums – from 1981’s Of Skins and Heart on through Further/Deeper—and a slew of EPs, compilations, side projects, and collaborative works by individual members. This expansive discography boasted of countless memorable songs such as “The Unguarded Moment,” “Almost With You,” “No Explanation,” “Already Yesterday,” “Tantalized,” “Spark,” “Reptile,” and “Metropolis.”

The common distinctive characteristics of the music of The Church are the Psychedelic Rock style of the guitars—swirling, flanger and reverb-drenched, which harked to the Syd Barrett–era Pink Floyd; the bright Jangle Pop guitar interplays and minimal orchestration rooted in the ’60s Folk Rock of bands such as The Byrds and Love; and the unhurried, almost unintelligible, buried-in-the-mix low-register timber of the vocals. For all these, The Church may be easily cited as one of the sowers of the seeds of what came to be known as Shoegaze and Dream Pop—especially the likes of My Bloody Valentine, Catherine Wheel, and Cranes.

Further/Deeper is another magical box of mixed birds in the catalogue of The Church, which currently consists of longtime bandleader Steve Kilbey (lead singer-songwriter/bass), Tim Powles (drums), Peter Koppes (guitar), and Powerfinger’s Ian Haug (guitar) joining the fold. While the new album has traces of the band’s jangly-guitar trademark and Pop sensibilities in some of its songs, much of the music delves in the now familiar territory of whirling and fuzzy psychedelic guitars, simple and steady bass lines, laid-back drumbeats, minimal keyboards, as well as the distinctive voice of founding member Kilbey. Standout songs from this twelve-track album are “Vanishing Man,” the Bowie-esque opener that is highlighted by an interplay of piano melodies and mildly distorted guitars; “Delirious,” which is altogether relaxing and driving in equal measures; “Pride Before A Fall,” a slow burner with shimmering guitars and head-spinning mood balanced by the soothing drone of the vocals; and the piano-led “Old Coast Road,” which might remind anyone familiar with Human Radio of this American band’s song “Me and Elvis.” Notably, “Love Philtre” featured Frank Kearns of the Irish New Wave band Cactus World News on six-string bass. Finally, “Miami,” the longest and the last track in the album, is a fitting closer. It will remind a keen-eared fan of “Is This Where You Live?,” which is also the longest song from the band’s debut album.What a symbolic completion of a sonic circle in the music of The Church.

For those who think The Church ever went away, should refresh themselves on this band’s captivating sound. Further/Deeper is more a well-crafted new venture for this musically imaginative band. Moody, dark at times, but most of all a lush soundscape of Rock, Further/Deeper is a fitting new studio record for these talented Aussies. CrypticRock gives Further/Deeper 4 out of 5 stars. 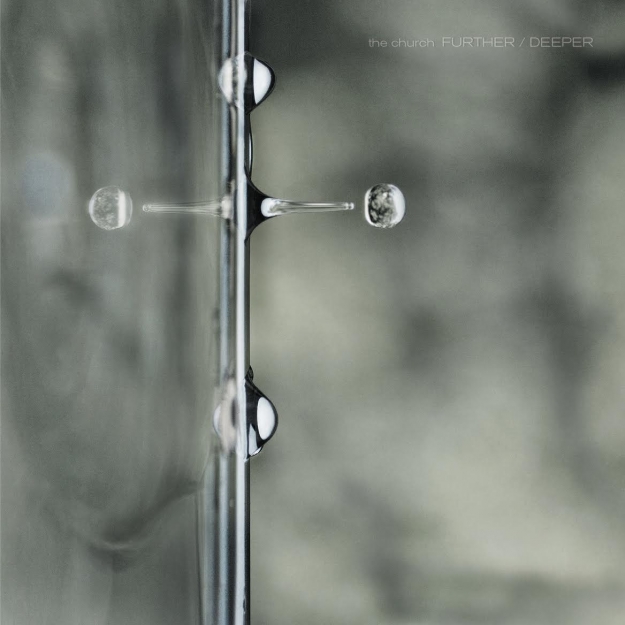