Patrick Wilson (Hard Candy 2005, Insidious 2010) and Vera Farmiga (The Departed 2006, Bates Motel series) return in the highly anticipated 2015 Horror film The Conjuring 2. Directed by modern Horror mastermind James Wan (Saw 2004, Insidious: Chapter 2 2013) and written by both Carey Hayes (House of Wax 2005, The Reaping 2007) and Chad Hayes (Whiteout 2009, The Conjuring 2013), The Conjuring 2 hit theaters on June 10th and is quickly being dubbed even better than the first film. In fact, fans went crazy when the news The Conjuring’s sequel was announced, thus it is no surprise that The Conjuring 2 made over $91 million worldwide on the first weekend and is expected to double, if not triple, that amount on week two. 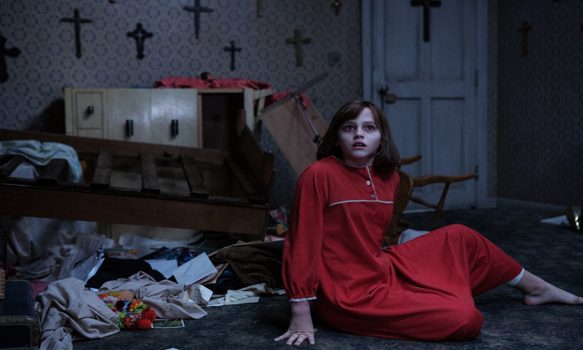 Along with Wilson and Farmiga, the talented ensemble includes Frances O’Conner (Timeline 2003, The Hunter 2011) as Peggy Hodgson, Maria Doyle Kennedy (Orphan Black series, Jupiter Ascending 2015) as Peggy Nottingham, Simon McBurney (The Last King of Scotland 2006, Body of Lies 2008) as Maurice, Franka Potente (Blow 2001, The Bourne Identity 2002) as Anita, Simon Delaney (This Must Be the Place 2011, Delivery Man 2013) as Vic, Bob Adrian (Twelve Monkeys 1995, Killer Instinct 2001) as Bill, and Bonnie Aarons (I Know Who Killed  Me 2007, Silver Linings Playbook 2012) as the Demon Nun. The children displayed an incredible amount of talent themselves too – Madison Wolfe (The Campaign 2012, Joy 2015), Lauren Esposito, Benjamin Haigh, and Patrick McAuley (all as debut film) brought realism to life. Each character brings something to the table, especially considering they are playing a character based on a real life paranormal case.

The story begins when Ed (Wilson) and Lorraine (Farmiga) decide to take a break after a horrible vision Lorraine had, their vacation is cut short when the Hodgson family requests them to aid in what looks to be a paranormal event. After they arrive in London, Ed and Lorraine are welcomed by Peggy and her children – Janet, Margaret, Billy, and Johnny. Additional paranormal investigators, Maurice and Anita, and the couple next door, Peggy and Vic Nottingham, are also there observing the unexplainable events and helping in whatever they can to make sure the family is safe. Bill Wilkins is a trapped soul in the Hodgson residence that possesses Margaret every time he feels like it with the only purpose of stating his home ownership. Skeptics believe that Margaret is only acting up because of her father’s absence, and with the malicious soul finding a way to reiterate those doubts, the team decides to split. 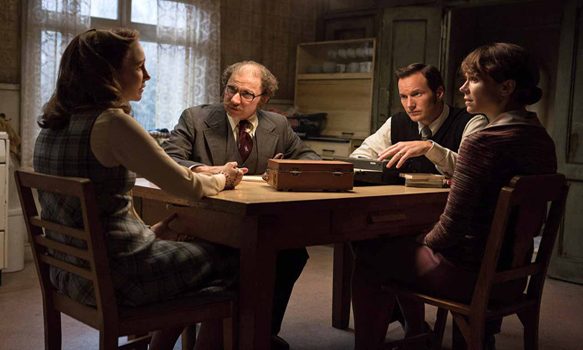 On their way back home, Lorraine has a vision of old man Bill and figures out that he is not to blame for what has been happening. Before the train departs, Ed replays the recordings back to back and they both figure out that a strong, unknown demon has been piggybacking Bill’s soul in order to commit the atrocious tragedy Lorraine saw in her vision. They both go back into the house just in time to help Margaret, and once again prove that they are powerless to fight the demon. Lorraine understands that the only way to take the demon back to hell is by pronouncing its name, and she might already have the answer to that in the back of her mind. Will Lorraine get inside the house in time to save Ed, or will she fail trying, staying with Ed’s last goodbyes?

It is easy to find a good scary movie these days, but only a few directors, including Wan, have delivered films that marks our lives forever. Gasps become screams and jumps become rising leaps whenever there is a frightening moment in the movie; The Conjuring 2 had a lot of those. Every scene had a moment where people just could not hold a scream. In those scenes, the heart accelerates and sweating might happen, along with guilt feelings. Wan once again proves why he is a guru in all things Horror, and the fact that this was a real life paranormal case only intensifies the viewer’s scared state of mind. In any movie, whether based on real life or not, the ending decides if the film is worth watching or not. 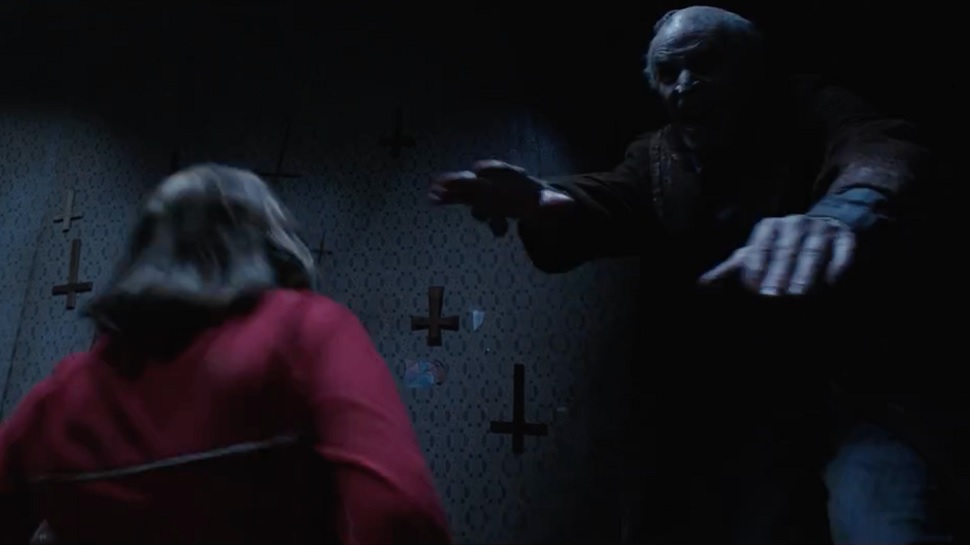 Cliffhangers usually destroy the film, but The Conjuring 2 had a sweeter ending than it did bitter. The cinematography on this excelled until the very last minute; even the credits showed an eerie mini-film of the real life events the Hodgson family went through. Viewing this film alone is not recommended, so taking someone with you is the smart thing to do; going in a group might be even better. CrypticRock gives The Conjuring 2, 5 out of 5 stars. 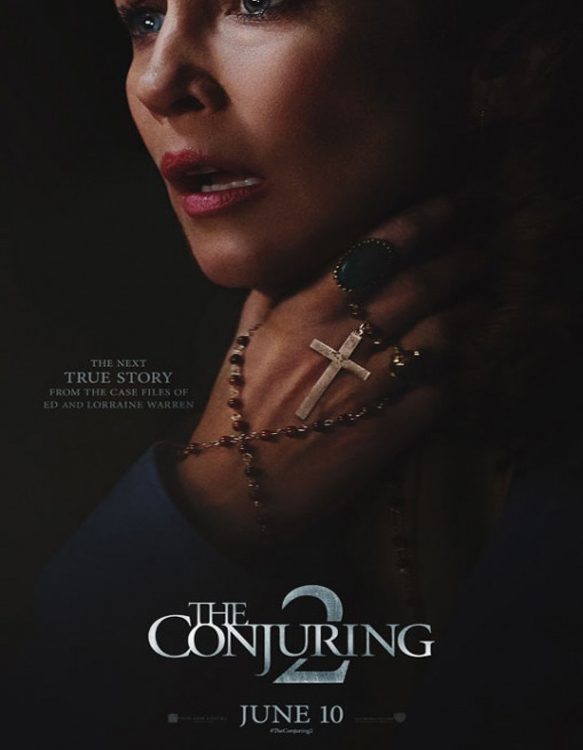