There was a crooked man, and he walked a crooked mile. He found a crooked sixpence upon a crooked stile. He bought a crooked cat, which caught a crooked mouse, and they all lived together in a little crooked house. A 1840’s famous rhyme from James Orchard Halliwell, it serves as inspiration for the Horror film The Crooked Man.

Written by Jeffrey Schenck (Shelter 2007, Abandoned 2010), and Peter Sullivan (Abandoned 2010, Finders Keepers 2014), The Crooked Man, directed by Jesse Holland (Chilling Visions: 5 Senses of Fear 2013, We Go On 2016), made its way to Syfy Network back in October of 2016. Picked up by Lionsgate, the film makes it way to DVD on February 14th for further exposure to Horror lovers. 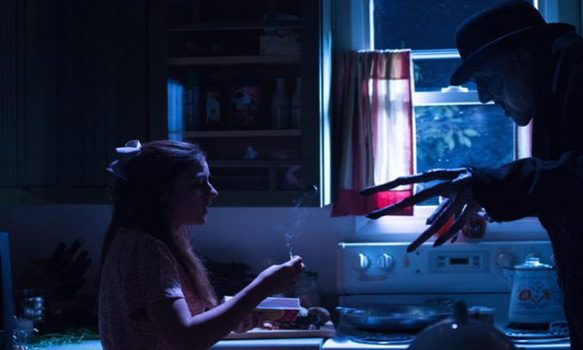 It all begins with twelve year old Olivia (Isabella Day: Pitch TV series, Superstore TV series) who is at a sleepover with friends Charlotte (Lexi Underwood: Code Black TV series, Henry Danger TV series), Violet (ViviAnn Yee: Adventure Time TV series, Modern Family TV series), and Alice (Riley Shepherd: debut film). Grace (Amber Benson: Buffy the Vampire Slayer TV series, The Crush 1993), one of the children’s mother, leaves them in the care of Mia (Dia Frampton: No Smoke Day 2016, It’s a Love Thing 2016) while she goes to work. The girls talk about the Crooked Man legend, in which reciting the poem will summon the Crooked Man and he will kill you.

Shortly thereafter, one of the girls is killed by the Crooked Man, but when the lights come back on, it is Olivia standing over the body with a bloody knife. This ensures her arrest and subsequent incarceration in a Psychiatric facility. 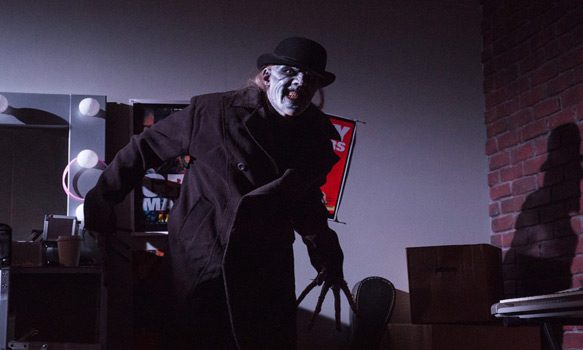 Fast forward six years and Olivia (Angelique Rivera: American Crime TV series, Anything Can Happen 2014), has been released into the care of her father, Matthew Shaw (Marco Rodriguez: The Crow 1994, Eastbound & Down TV series). Her re-appearance unsettles the locals and Olivia becomes a pariah. Desperate to prove her innocence, Olivia enlists the help of childhood friend policeman Noah Palmer (Cameron Jebo: Power Rangers Megaforce TV series, The Morning After 2015), whose father is Sheriff Palmer (John Colton: Jimmy Kimmel Live! TV series, The Day After Tomorrow 2004), who believes Olivia is guilty.

Through investigating the history of the Crooked Man, Olivia is also approached by Milo (Michael Jai White: Spawn 1997, The Dark Knight 2008), a man also affected by the curse. Along with the law, Olivia must prove to her friends Charlotte (Reilly Smith: Orange is the New Black TV series, Castle TV series), Alice (Alexis Wilkins: Instant Mom TV series, Modern Family TV series), and Violet (Brianne Tju: Lilly’s Light 2010, Scream: The TV Series), that she did not kill, is not responsible for their friend’s death, and they are all in great danger from the Crooked Man. 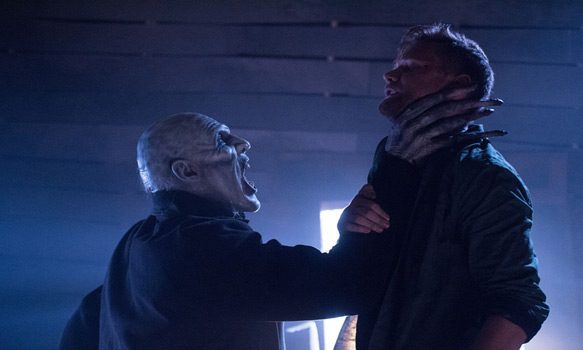 Debuting as part of the Syfy Channel’s 31 days of Halloween, while cliched and a little contrived, The Crooked Man is still entertaining. In addition, the special effects related to The Crooked Man are clever and a combination of Samara from The Ring series and A Nightmare on Elm Street’s Freddy Krueger.

In terms of plot, there are a few unexplainable holes such as the six years the Crooked Man waits until Olivia is released, which does not make a lot of sense. Furthermore, at first, he cannot attack in light, but then he can, and also, why does the town hate Olivia so much? However, as a whole, The Crooked Man is an intriguing watch and provides a fresh take on an old poem. For this reason, CrypticRock gives The Crooked Man 3 out of 5 stars. 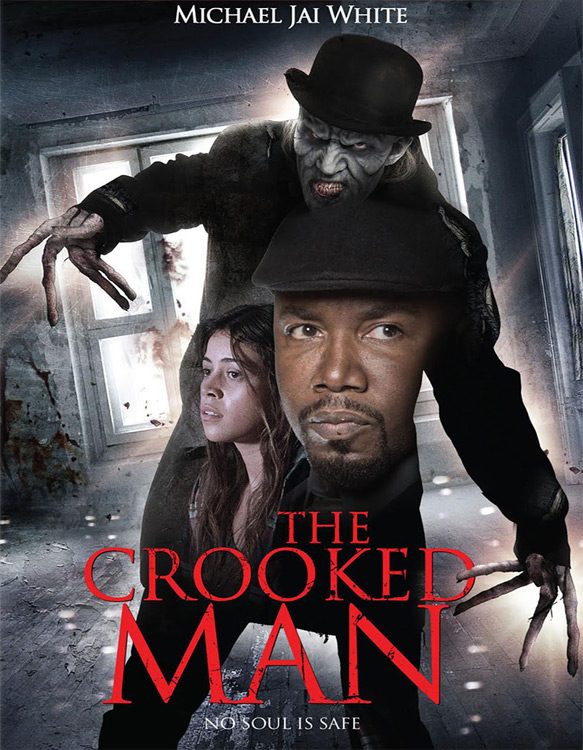 Purchase The Crooked Man on DVD on Amazon