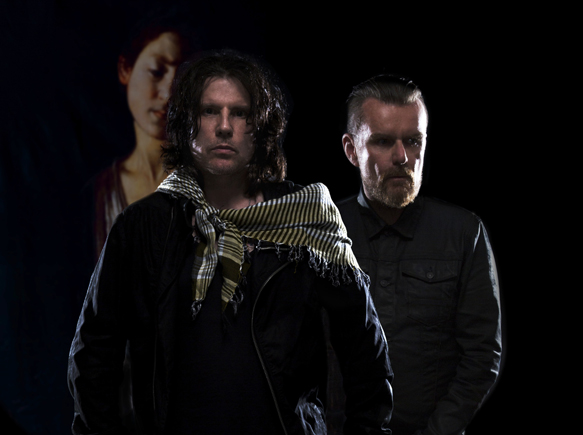 British born Rock band The Cult have attained quite an extensive history in the world of Rock-n-Roll. A huge influence of a plethora of genres over the course of their career including Post-Punk, Gothic Rock, Metal, Hard Rock and Blues, it seems no matter what one’s tastes, everyone knows and loves The Cult. Debuting in 1984 with Dreamtime, it was 1985’s Love that brought them to an exceptional amount of success with hits including “She Sells Sanctuary” and “Rain.” Success continued when they added more Hard Rock elements on 1987’s Electric with tracks such as “Love Removal Machine.” Stylistically, they are known for always evolving on different musical avenues, where one album is never the same. However, there remains a peculiar resemblance that would make any listener recognize their music. While the band has faced a few breakups over the years, along with promises to even never release another studio album again, thankfully for fans, they are still alive and kicking. With these changes, the lineup has also shifted quite a few times where the latest addition includes veterans Vocalist Ian Astbury and Guitarist Billy Duffy followed by Drummer since 2006, John Tempesta, and new bassist, Grant Fitzpatrick.

Now in 2016, new album Hidden City has arrived. Making it their tenth overall studio album, Hidden City officially released on February 5, 2016 via Cooking Vinyl. It is considered the final part of the spiritual trilogy that kicked off back in 2007 with Born into This and continued in 2012 with Choice of Weapon. Also, Hidden City marks Bob Rock’s (Metallica Mötley Crüe) fifth time on board producing The Cult while he and Jane’s Addiction’s Chris Chaney laid down the bass tracks. In addition, Hidden City concludes the said trilogy with unseen complexities that would make the listener wonder if it is about Buddhism, Science, or the bitter realities that life brings such as chaos and the destruction of humankind.

The album opens up with a more Love tone with “Dark Energy” as it screams with Gothic lyrics including, “Every soul alive burns bright in this life.” It is an interesting balance between their original roots and adding a modern day kick to it. The track bleeds out a lot of soul and darkened energy with an edgier riff by Duffy. Tempesta leads the next song in “No Love Lost” as the drums pedal in and stirs up a jungle-esque rhythm up until Duffy slowly creeps in. Astbury’s vocals shine in, giving a Bluesy feel where he sings a theme about change. The album picks up on a groovier sound with “Dance the Night” that displays a general Rock-n-Roll sound. Any listener could let loose and dance to this piece. The album continues to switch different gears with the morbid “In Blood” that slowly escalates with a distorted guitar riff by Duffy. Once the eerie keyboards appear, the track moves on a dramatic and darkened note. At this point, “In Blood” is the spookiest piece that stings the listener with its melodic richness and various amount of hooks.

As the album goes into its third mark, a romantic tone comes in with “Birds of Paradise.” The tempo remains slow but the mood appears uplifting, and it distinctly remains engaging. Towards the middle to end of this track, the instrumentals fade out aside from a few keys as Astbury’s distinct vocals appear hauntingly as he escalates a Post-Punk vibe. The bass picks up in “Hinterland” as it morphs into an innovative rhythm thanks to Duffy’s magical riffing abilities. The emotion of anger is hinted here through Asbury’s vocals as it appears he expresses his disgruntlement with life slowly fading away. In addition to the vocals shaping this tune, there is a vibrant instrumental break that leads to the song’s abrupt ending. Moving to an Electric sound with “G O A T” opens with a fun and catchy flow where Duffy leads this tune with his riffing mastery. Aside from that, it does not appear as engaging as the previous songs. Captivation continues from the get-go with “Deeply Ordered Chaos.” The most powerful track on the album, it was written in response to the November 13, 2015 Paris attacks. Asbury carefully displays his vocals during “I’m a European, tears fall off the altar,” and “Open my eyes. Defend Paris.” Musically, it maintains an intense and dramatic sound as it remains engaging with its slow progressions that make it a unique piece.

Switching styles up again, with a distorted radio-esque sound introduction during “Avalanche of Light,” it heavily picks up to an exciting pace. It is another danceable tune that remains consistently enjoyable until the end. As the album moves towards its last leg, the pace slows down with the delicate melody of “Lilies.” It is adventurous and relaxing at the same time where a distinctive solo comes in by Duffy that marks yet another individual style. The pace picks up one last time to a bluesy, Hard Rock sound in “Heathens,” making it an excellent separation between the slower tracks as it holds the listener’s attention. The final song, “Sound and Fury,” does not resemble a The Cult sound. This track has more of an Easy Listening to Jazz aesthetic where it appears theatrical. It is a surprising mix of styles compared to the rest of the album, but it has a monster ballad that makes this concluding experiment enjoyable.

As complex and ambitious a few tracks are on this album, musically it opens doors to the subconscious that would make any listener contemplate their own lives, mistakes, and dreams. Moving from Psychedelic to Hard Rock, they continue to innovate across the Rock-n-Roll charts, and Hidden City brings out a mix of all of the above. Nothing new has been created in a genre sense, however, twelve tracks maintain a musical diversity where no listener will be bored. This sensational closing explores different efforts using hints of Blues, Jazz, Gothic, and Hard Rock elements. It is written based off of spiritual and political themes that are hidden throughout each track, which would make the listener give the album a second, third, and fourth spin as they uncover additional undertones. With Duffy’s consistent riffing talents and Astbury’s dramatic vocals, Hidden City is one of The Cult’s best in recent years. CrypticRock.com gives Hidden City 4 out of 5 stars. 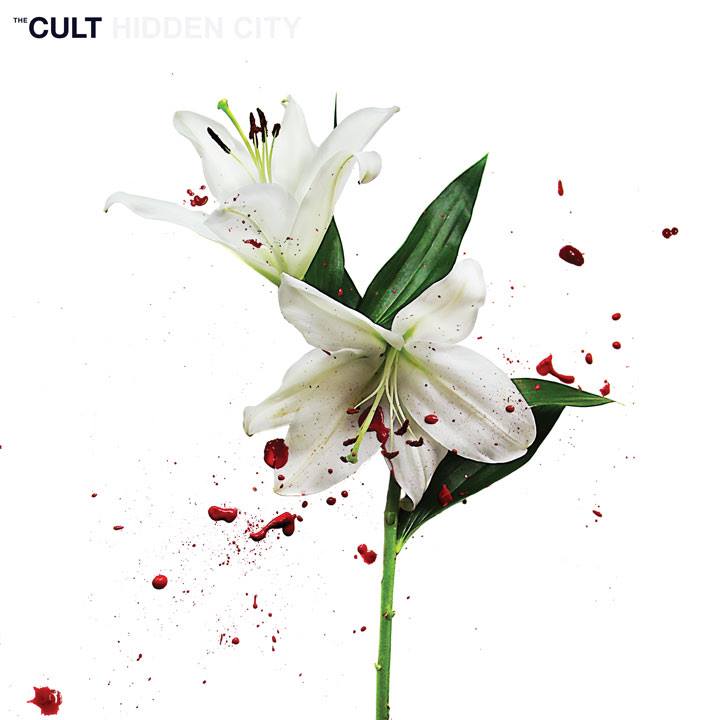