The Cure’s The Head on the Door 3 Decades Later

So much has been said and hailed about the The Cure’s dark albums—Seventeen Seconds (1980), Faith (1981), Pornography (1982), Disintegration (1989), and Bloodflowers (2000). Any fan of The Cure would most likely maintain that sentiment, that these are the best works of the band. However, this holds water only if what was being highlighted is the gloomy and minimalistic side of this pioneering English band. Any loyal Cure fan know also that The Cure’s music is not always about doom and gloom and simplicity. Even Robert Smith, The Cure’s enduring founder and sole original member, would always emphasize that the music of his band is not all about that. He is always ready to dismiss his band’s being labeled as Gothic, plain, and plaintive; and he has a valid point because The Cure’s music has also an upbeat and sunny Pop side to it as well as Progressive structural tendencies. If there are the so-called melancholic and minimalist albums, then there are also those oozing with Pop sensibilities with touches of sonic complexities, where one can easily imagine Smith in his roundest eyed, reddest lipped, and silliest grinned disposition, but serious song-arranging moments in the studio. In fact, in such light-themed albums where one can find the band at their creative best. Time and effort have obviously been factors in their achieving a high quality of songs in terms of structures, arrangements, instrumentation, orchestration, and production. Although still not devoid of Smith’s tendency to be morose in certain parts, these albums—notably, 1985’s The Head on the Door, 1987’s Kiss Me Kiss Me Kiss Me, 1992’s Wish, and 1996’s Wild Mood Swings—contain the bulk of The Cure’s poppiest, quirkiest, and most upbeat songs.

Released on August 26th 1985, during the commercial peak of what is now regarded widely as New Wave music, The Head on the Door is actually where The Cure’s finest moments started. Despite its usually being bumped into the sideline due to many critics’ exaggeration of Smith’s miserabilism, the band’s sixth album is the pinnacle of their creativity, and ultimately to highlight this is timely, in commemoration of its thirtieth anniversary.

The Head on the Door opens with one of The Cure’s most familiar tunes—the classic dance-floor magnet “In Between Days”—bombastic with its distinctive drum-roll intro, frenetic 16th-note strumming on the 12-string acoustic guitar, simple yet ear-tingling synth melody and guitar riff, and, of course, Smith’s characteristic glottal tenor. The title of the next track, “Kyoto Song,” is enough of an indicator of what the listener could expect to hear; yes, that main riff of the song was the sound of the Japanese instrument called koto, emulated using a Yamaha DX7 synthesizer, which was a favorite instrument of many New Wave and Pop-oriented bands in the ’80s. After this Japanese sonic excursion, follows Spanish Folk, which was effectively expressed in “The Blood” with the sound of the typical Flamenco-style guitar strumming. The album’s indulgence in a palette of instruments may be heard best in “Six Different Ways,” which featured also, among various synthesizer sounds, the percussive knack of The Cure’s then new drummer, Boris Williams, whom many fans and critics regard as the best drummer The Cure ever had. “Push” is The Head on the Door’s slam on the door, so to speak. It is a flanged-guitar-heavy, half-instrumental and half-lyrical track that served as an anthem for many of The Cure’s concerts in their ’80s heyday. With “The Baby Screams,” on the other hand, the band succeeded in interpreting the title using Smith’s vocals and the screeching sound of the electric guitar. This is one of The Cure’s songs that highlighted Smith’s falsetto vocal styling. To this day, “Close to Me” remains to be one of the favorites of many fans—a song that could pass as a lullaby for having been sung in half whispers, fittingly uplifted by a cute keyboard-flute interplay and catchy French horn melody. The antepenultimate track “A Night like This” is the album’s real melancholic moment, a ballad that was made more romantic by the saxophone-led instrumental interlude. The next song, “Screw,” sounded very prophetic; the over-the-top distorted bass riff that gave it its identity would come to define many of The Cure’s future songs. Finally, “Sinking” is an apt album closer, a good reminder of The Cure’s darker beginnings—an eerie-sounding, cold, and almost funereal affair that served to wrap up somberly an otherwise colorful and upbeat album.

To date, The Cure has released thirteen studio albums and a long string of compilation albums, non-album singles, and equally brilliant B-sides. The band that was started in 1976, in West Sussex, England, by three teenagers, had experienced various lineup changes over the years, but it soldiered on amidst countless sonic evolutions and musical revolutions. Currently, The Cure consists of Simon Gallup (bass), Roger O’Donnell (keyboards), Jason Cooper (drums), latest addition Reeves Gabrels (lead guitar), and, of course, the sole original founding member Robert Smith (vocals/guitars), who still dons his beloved trademark bird-nest hairdo and eyeliner-and-lipstick-smeared face. Nearly forty years on, The Cure has remained one of the most influential and prolific bands in the Alternative Rock scene. In fact, a new album is just around the corner. Nonetheless, among the band’s extensive discography, The Head on the Door remains to be the peak of The Cure’s musical and creative glory. 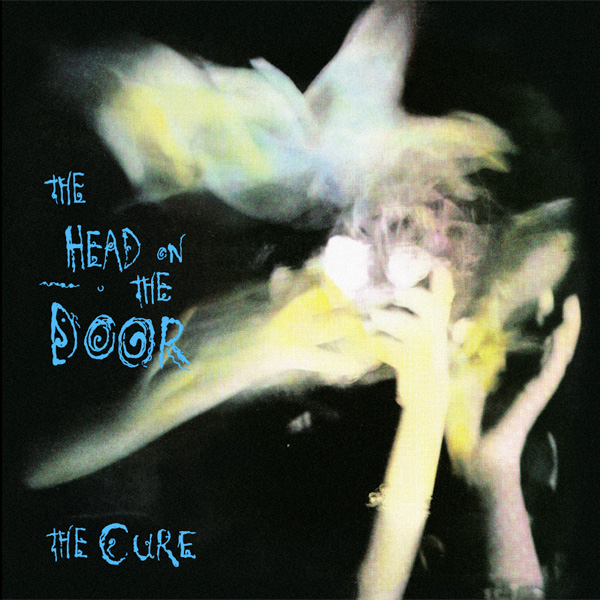 30th anniversary, The Cure, The Head on the Door
Print page
0 Likes