Fans of the Child’s Play franchise can rejoice./ With nearly a decade gone by, the next chapter in the story entitled Curse of Chucky (2013) has been spawned. Written and directed by franchise creator Don Mancini, the sixth installment of the Chucky saga chronologically follows The Seed of Chucky (2004). Although there is no mention of his son/daughter Glenda or wife Tiffany, this new story goes back to the roots of the original Child`s Play (1989), flashing forward 25 years. 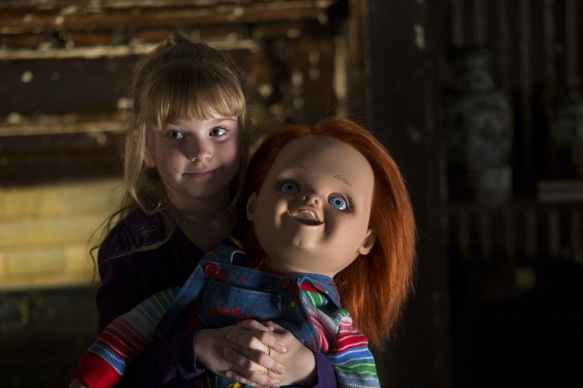 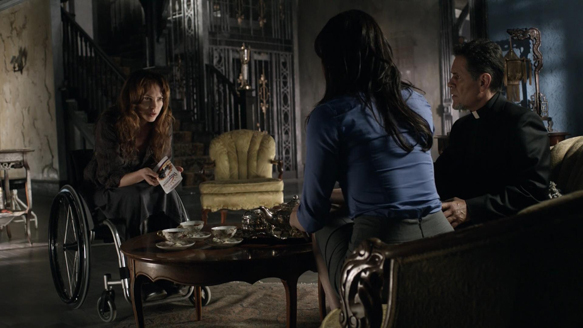 Fiona Dourif as Nice in Curse of Chucky

Perhaps the most life-like Chucky doll to date catches the eye of the little girl Alice. Alice finds the doll, adopts him as her own, and soon after the Charles Lee Ray possessed toy is up to his old murderous tricks; starting by poisoning their family dinner and killing his second victim. After what seems to be a random accident, an electrocution and poisoning, Nica decides to research the origins of the Chucky doll online; uncovering his sordid past. The chase between Chucky and his victims quickly accelerates, as he singularly terrorizes and kills each of them. Adding to the excitement, chills, and thrills is Nica’s creepy dark house and the score composed by Joseph LoDuca (Evil Dead 1981, Army of Darkness 1992); adding an atmosphere lacked in many modern horror films. 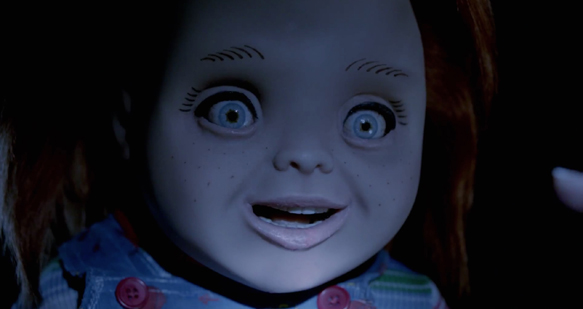 Chucky Doll in Curse of Chucky

Curse of Chucky is very cleverly tied to the earlier years of the Child’s Play series, adding an interesting twist with a previous unknown connection between Charles Lee Ray and the newly introduced Sarah. Even Andy Barkley (Alex Vincent) makes a surprise cameo in the film, keeping you on the edge of your seat. Brad Dourif’s daughter, Fiona, does a brilliant job fighting for her life while confined to a wheelchair and trying to stop Chucky from finally completing his 25 year old voodoo soul transfer. Brad Dourif plays his character as inspired as ever, with dual role as Chucky and Charles Lee Ray. Old school fans will love the film’s tie-ins, surprises, and answering of questions. New viewers can join the party in feeling scared to hell of talking dolls after watching Curse of Chucky! The R rating allows for bloody horror violence and language, all aspects of horror that real fans will find a drawing card opposed to a draw back. CrypticRock give this movie 4 out of 5 stars. 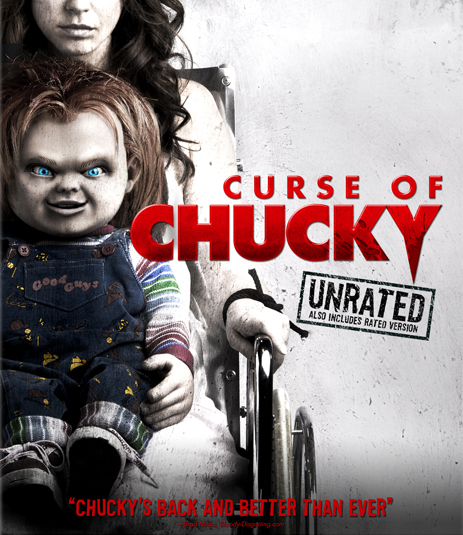