The Grimm Brother’s fable of classic fairy tale Sleeping Beauty continues to inspire filmmakers and storytellers today with movies such as the highly successful Maleficent in 2014. However, not many have brought the tale into modern day, until the release of Fantasy Thriller The Curse of Sleeping Beauty which is in theaters on May 13th and available on VOD as of May 17th. 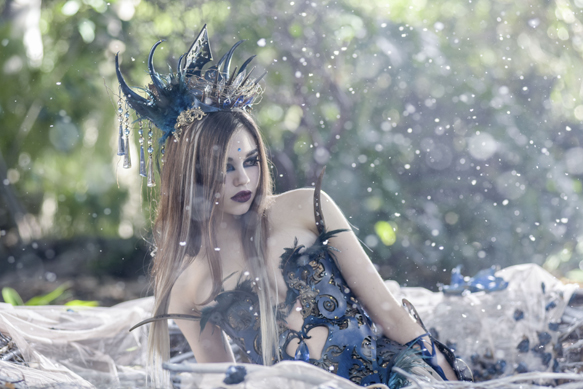 Written by Josh Nadler (Heaven: The First Fiscal Quarter 2013), as his first feature film, and co-written and co-directed by Pearry Reginald Teo (The Evil Inside 2011, Dracula: The Dark Prince 2013), The Curse of Sleeping Beauty offers a different twist on the original tale. Thomas Kaiser (Ethan Peck: The Sorcerer’s Apprentice 2010, In Time 2011) is a tormented artist, absorbed in his latest work, who seldom leaves his apartment. His friend Nathan, played by Horror film alumni, Zack Ward (Resident Evil: Apocalypse 2004, Transformers 2007), drops off groceries and acts as a personal assistant to Thomas. Nathan attempts to encourage Thomas to get out in the world again, but Thomas has little desire to do so.

He frequently dreams of a beautiful young woman, asleep on an ancient bed, surrounded by monuments, and an old house. The dreams are interrupted by horrific noises and visions, leaving him shaken and full of questions. Thomas receives a phone call one day advising him his uncle died, and he inherited his house, called Kaiser Gardens. The Lawyer warns him the place is run down and his best option is to sell it, after checking it out for himself. 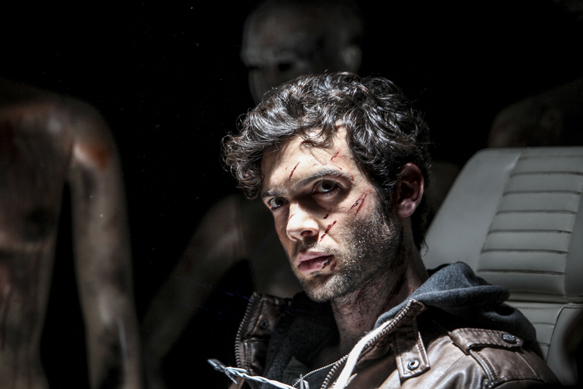 Thomas finally leaves his apartment to the surprise of Nathan, telling him nothing about where he is going. As soon as he arrives at Kaiser Gardens, Thomas discovers his family link to the property and the sleeping girl, who also happens to be Sleeping Beauty/Briar Rose (India Eisley: The Secret Life of the American Teenager 2008, Underworld: Awakening 2012). A curse by one known as the Veiled Demon (Ryan Egnatoff: BloodRayne: A Fan Film 2008, The Hipster Games: Blowing Smoke 2013), over the property and his bloodline, turning Thomas’ world upside down. He must break it before his life can return to normal. When a woman, Linda (Natalie Hall: All My Children TV series, True Blood TV series) looking for her missing brother, Luke (Dallas Hart: The Park Bench 2013, The Social Experiment 2015), Thomas’ problems only become more complicated.

Linda and Thomas enlist the help of Paranormal Expert Richard (Bruce Davison: X-Men 2000, X-Men 2 2003), and Linda’s ex-boyfriend Daniel (James Adam Lim: The Evil Inside 2011, Strange Blood 2015), to decipher ancient documents to find a way to stop the Veiled Demon. Little do they realise, the depth and darkness that lurks within Kaiser Garden. Soon they are embroiled in an ancient battle between good and evil, one to end it all.

The visual effects by Robert A. Haynes (Ninja: Shadow of a Tear 2013, Legend of the Red Reaper 2013), and the collaborative makeup department are stunning. The Veiled Demon, and her demons, are reminiscent and equally as good as Guillermo del Toro’s Hellboy 2 (2008) and Pan’s Labyrinth (2006). Christopher C. Pearson’s cinematography (Double Blind 1998, Red Zone 2001), is outstanding, keeping pace, and building tension. Above all, The Curse of Sleeping Beauty is a film of exceptional quality for such a limited theatrical release, in fact, it could easily have a well-received worldwide cinema release. Nadler and Teo take the original story and inject their own creativity and innovativeness, resulting in a must watch film. While there are some cliched moments, there are plenty of twists, turns, and surprises alongside creepy, scary moments to make up for it. The ending is left open for a sequel, and while all questions are not answered by its completion, they are left for the viewer’s own imagination to ponder. 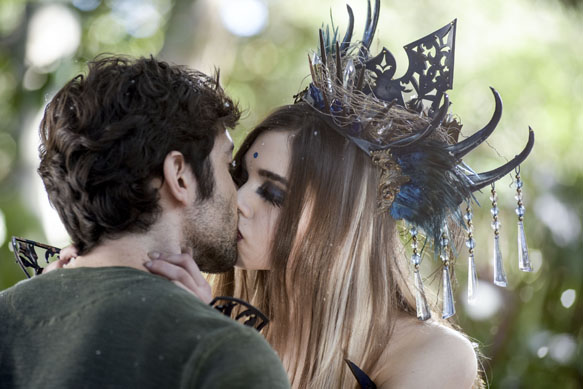 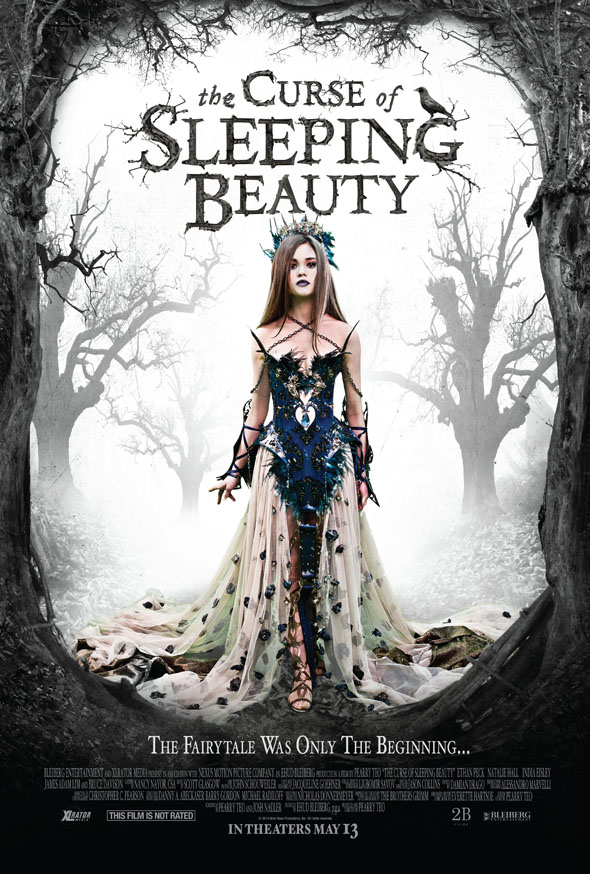