If Horror fans have learned anything, it is that ancient, mysterious artifacts that are buried and hidden away are there for a reason, and that Indian Country is probably the last place you should take anything from. In The Darkness, a family trip and an accidental fall into a cave by a young, autistic boy serve as the springboard into a story of haunted runes, ancient evil, and looming death, all tied together through a family of flawed individuals whose family dynamic is shaky at best. The Darkness is a film that has some good ideas, but ends up being mired in cliches. Further, it also falls victim to the mistake of trying to accomplish too much at the expense of its core elements. 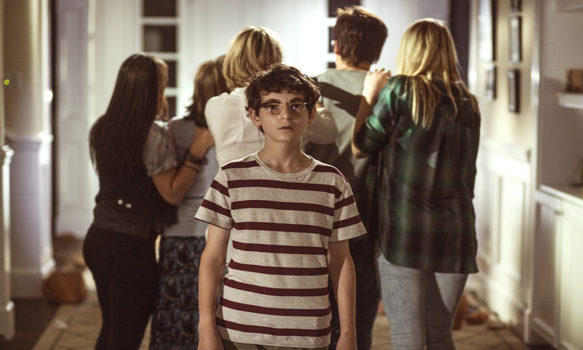 Released in theaters May 13, 2016, and on Blu-ray/DVD on September 6, 2016, The Darkness is co-written and directed by Greg McLean, who movie viewers know from his 2005 debut film Wolf Creek. His first Horror exploration into the Supernatural sub-genre, The Darkness stars Kevin Bacon (Footloose 1984, Sleepers 1996) as well as Radha Mitchell (Pitch Black 2000, Man on Fire 2004) as Peter and Bronny Taylor, who take a family hike of the Grand Canyon along with their two children, teenage Stephanie (Lucy Fry: Lightning Point series, Vampire Academy 2014) and young Michael (David Mazouz: Gotham series, Incarnate 2016).

During the hike, Michael wanders off and falls into an underground cavern and finds a set of five curious stones with animal images upon them. Unbeknownst the Michael, the stones are in place to contain a group of evil spirits from unleashing their terror on the world. Taking the stones back from the trip, the family begins to experience a series of abnormal occurrences of the garden variety such as lights and TVs turning off and on by themselves, sulfurous odors, and pets sensing something supernatural. In Michael’s room, a dark stain on his wall grows over time and is clearly an inter-dimensional gate of some kind, but it takes his parents a frustratingly long amount of time to realize something is wrong. On top of this, the Taylor family is somewhat of a mess. Bronny is a struggling alcoholic, Peter has cheated before and is tempted to do so again, Stephanie is plagued by a serious eating disorder, and Michael is autistic;  his special needs having taken a toll on the marriage and family dynamic. 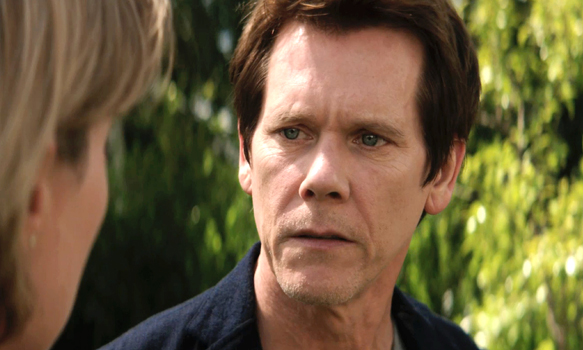 Herein lies the flawed foundation of The Darkness. The Horror elements, which are strongly influenced by 1982’s Poltergeist, are rife for exploration, but never really gain traction. The creep factor of the spreading darkness works, but the script makes the mistake of letting the audience in on the mystery long before the family figures it out. As a result, viewers are left exasperated as the audience waits for them to play catch, all the while they slog through cliches like an invisible “friend” only Michael can sense, and even a Mexican spiritual healer, who is brought into the house to clean it of malicious spirits. The film splits its time on these things and the flaws of the characters, and none of it is really reconciled. Bronny’s alcoholism, Peter’s infidelity, and Stephanie’s bulimia are left static by the time the film ends, and although the ending is not bad, it feels bland when combined with all the missed opportunity.

Kevin Bacon is an actor who has been very good for a long time, and Horror lovers should be excited to see him back in the genre since his time with movies such as 1999’s Stir of Echoes and 2000’s Hollow Man. Mitchell too, has built herself a solid career with a diverse body of work for twenty years now, and they both turn in strong performances as expected. However, the characters they are playing are simply too limited to be what they could have been. That said, The Darkness had a chance to sink its teeth into one or maybe two of the aforementioned conflicts, and there perhaps could have been a strong arc of the marital problems, but it tries to do too much and ends up doing too little. 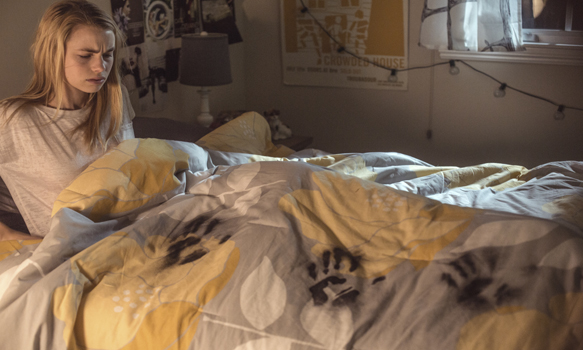 Not at all a bad story, The Darkness feels like it was perhaps a little overwritten. That in mind, the movie started out as a pretty good idea, but along the way someone may have decided to play it too safe. The Horror genre is vulnerable to feeling derivative more than most, and that could be because of the fans love of it can lead them to deconstruct it to the point of missing out on why they like it. Not necessarily a flaw of the genre itself, however, one thing is for certain, Horror fans love when movies take chances. The Darkness is a film that would have done well to not try too hard to please the masses, but take some more chances. Again, not a bad movie, The Darkness is stepping stone for talented Filmmaker Greg McLean as he taps into another sub-genre of Horror. CrypticRock gives The Darkness 3 out of 5 stars. 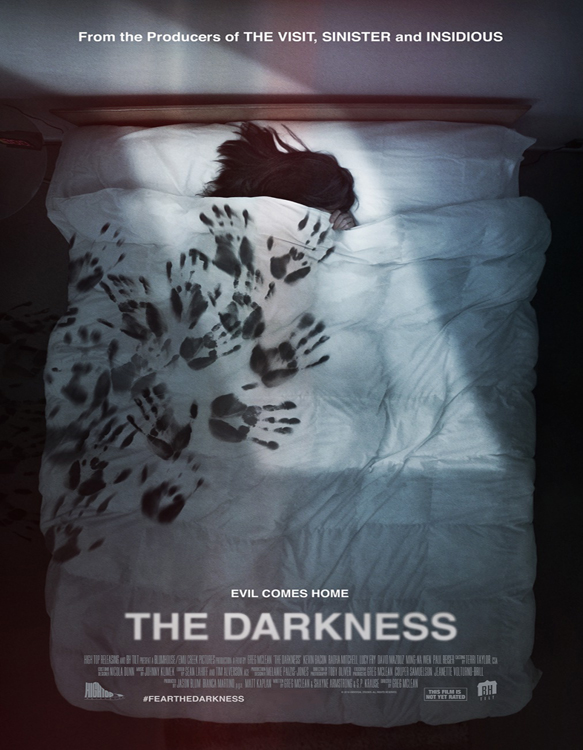 Purchase The Darkness on Blu-ray/DVD on Amazon