Two-thousand and ten saw the release of Zombie Horror film The Dead by Indelible Productions and Latitude Films. Lieutenant Brian Murphy (Rob Freeman: Ten Dead Men 2008, Hysterical Inevitability 2010), after being the only passenger to survive a plane crash, finds he then has to fight his way across Africa to safety. His problem is there is a plague of zombies he must get through first. 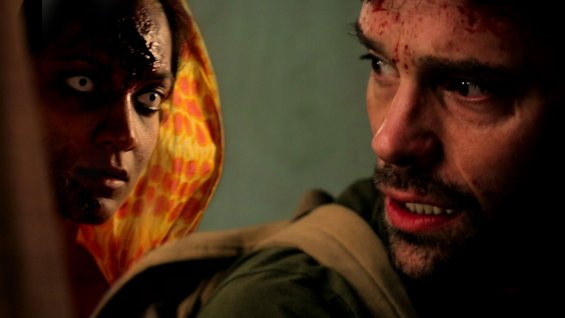 The Dead 2: India (2014) was released by Anchor Bay Films & Latitude Films on October 9th, 2013 with a dvd release on September 16th 2014.  After the positively received original film, this is a standalone sequel set in India, where the poverty level is almost equal to or greater than the population. Written and directed by Howard J. Ford (Mainline Run 1994, Distant Shadow 2000) and Jonathan Ford (Mainline Run 1994, Distant Shadow 2000), who also wrote and directed the first film, have incorporated all the richness India has to offer without any stereotypes. The Dead 2: India tells the story of Nicholas Burton (Joseph Millson: 24: Live Another Day, Disaffected 2012), an American who is a Turbine Engineer installing wind farms around the country. During his time in India, he has been in a relationship with Ishani Sharma (Meenu Mishra), an Indian woman. Ishani’s father (Sandip Datta Gupta) is a devout preacher and is not at all pleased with her relationship with Nicholas. When he finds out she is pregnant as well, it comes as a smack in the face and a sign of rebellion.

When a devastating and killer illness strikes all over India, Nick promises Ishani he will come for her no matter what. Ishani’s father forbids contact between them, even going so far as to break her phone. However, when the zombie epidemic comes right to his front door, he realizes he may have to rethink his views. Ishani’s mother (Poonam Mathur) has been bitten and is now locked inside with her daughter and husband. While the world falls apart outside their doors, Ishani and her father must set aside their differences to protect themselves as her mother’s illness gets rapidly worse.

While Ishani and her father face their own adversity, Nick finds it difficult to travel the vast distance he must to get to his lover, along with fighting and killing zombies. Nick hopes to get to Ishani as quickly as possible and yet inadvertently attracts a young boy, Javed (Anand Krishna Goyal: Democracy Now! 2013), slowing him down and that despite being bitten he must protect. Nick must think quickly on his feet, and put his self survival needs aside to think about the mother of his child and his new adopted charge.

Even if he gets to Ishani, there is every chance she may not be alive, but that does not stop his determination. He aims to prove to her, and her father, that he is a decent man and that he does truly love Ishani. But will he make it through the towns teeming with flesh eating creatures, towing a small child and no form of transport? Will Ishani’s father get passed his prejudice to do what is best for his own daughter? 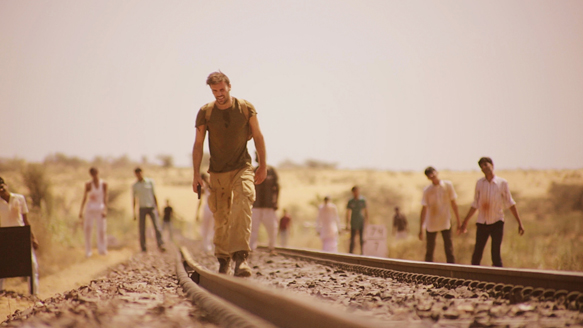 The Dead 2: India  has a sound strong plot with deep characters and intense suspense. A seemingly doomed romance set amongst the back drop of a rich intense Indian country-side amidst the walking dead, what is not to love. The cinematography by Jonathan Ford reflects the many deep layers that India holds and it is refreshing to see Horror movies being made in other countries utilizing the experienced and not so experienced native actors. CrypticRock scores The Dead 2: India 4 out of 5. 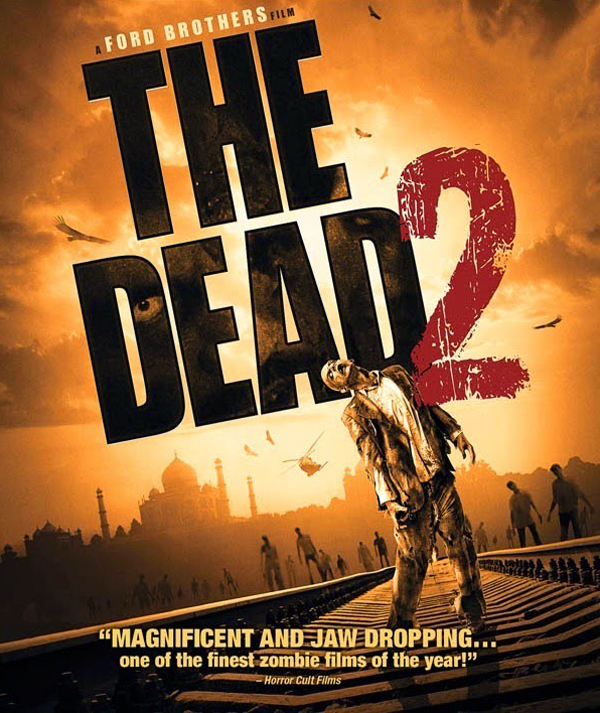 Purchase a copy of The Dead 2: India on Blu-ray at Amazon