A great deal of well-done Horror movies in recent years are coming out of New Zealand. From 2014’s award winning The Babadook to 2014’s mockumentary What We Do in the Shadows, latest release The Dead Room joins this prestigious list. Written by Kevin Stevens (Edwin: My Life as a Koont 2013) and Jason Stutter (Diagnosis: Death 2009, Edwin: My Life as a Koont 2013), who also directed, The Dead Room was aptly released on Halloween 2015 in New Zealand via Centron Pictures. Picked up by IFC Midnight, the film made its American debut on April 8, 2016 and is now available on Video on Demand for Horror fans to see what all the talk is about. 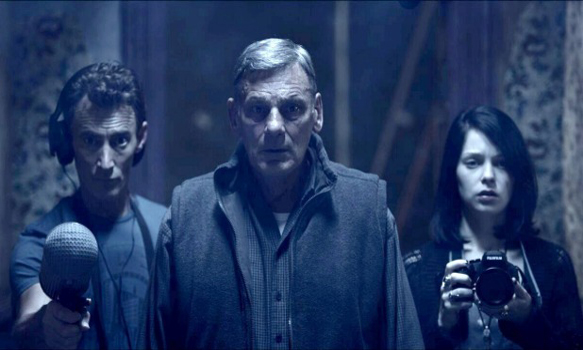 Set in modern times in rural New Zealand, a family has fled their home amidst claims of it being haunted. After they have left, two scientists, Scott Cameron (Jeffrey Thomas: The Hobbit: An Unexpected Journey 2012, The Hobbit: The Desolation of Smaug 2013) and Liam Andrews (Jed Trophy: The Hobbit: The Battle of the Five Armies 2014, The Shannara Chronicles 2016), along with Psychic Holly (Laura Petersen: Shopping 2013) arrive at the property to investigate the cause of the disturbances. Scott and Liam, being scientifically minded, look for logical, rational explanations, recorded by equipment. Yet, with Holly at their side, they hope to obtain a deeper insight into the house’s goings on. At 3.00 AM, the front door opens and the house rattles as if someone is walking through. Their differences cause some conflicts as Holly’s initial feelings in relation to minor disturbances do not appear on camera, and Scott rationalizes the occurrences.

The next morning, after a lack of further activity, Holly provokes the spirit and receives the response she hopes for. The paranormal activity in the house amplifies thereafter in a repetitive fashion. A definite entity appears to be haunting the house, and takes a particular liking to Holly. It becomes clear whoever it is, it does not want them in the house and is likely the reason the owners left. Holly and Liam want to leave, but Scott convinces them to stay one more night to capture the proof they have always wanted. 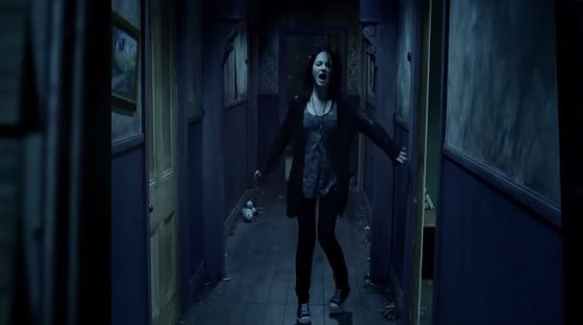 During the night, they get what they asked for, and a whole lot more. Scott and Holly are forced to perform an exorcism on the house and the entities leaves. Convinced they have solved the problem and can scientifically prove the paranormal, the group begins to pack up. However, strange noises lead them to discover a hidden cellar under the house containing a mummified woman chained by the hands and feet. Holly is emotionally affected and Scott and Liam follow her out, and call the police. However, when the police arrive, the body has disappeared. Rather than the salvation they hoped, a whole new hell is unleashed upon the house.

The Dead Room is a slow starter, but quickly picks up the pace. However, despite great acting by the small cast and a solid script, the first three quarters of the film is made up of cliche moments. The film then takes a dramatic twist and offers something unique and exciting. The problem with this is, by the time it happens, the viewer has usually lost interest. It might not offer anything other than a different perspective, but despite this, should the viewer stay, the cinematography by Grant Atkinson (Ben and Jeremy’s Big Road Trip 2010, Fry’s Planet Word 2011) as  well as the special effects are solid, plus there are a few jump-out-of-the-seat moments. 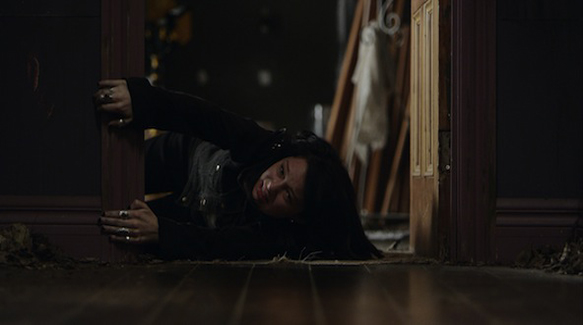 Some interesting facts regarding filming of The Dead Room, while the makers visited the film during pre-production, they experienced unusual problems with their equipment. In addition, The Dead Room is inspired by an New Zealand Urban Legend regarding a house in central Otago, New Zealand. The real house’s front door is known to open by itself, and when the filmmakers visited it, it was open despite having two locks. It appears there is some basis behind the legend. A decent story and worth watching, The Dead Room will be available on Blu-ray/DVD as of September 6th. CrypticRock.com gives The Dead Room 3 out of 5 stars. 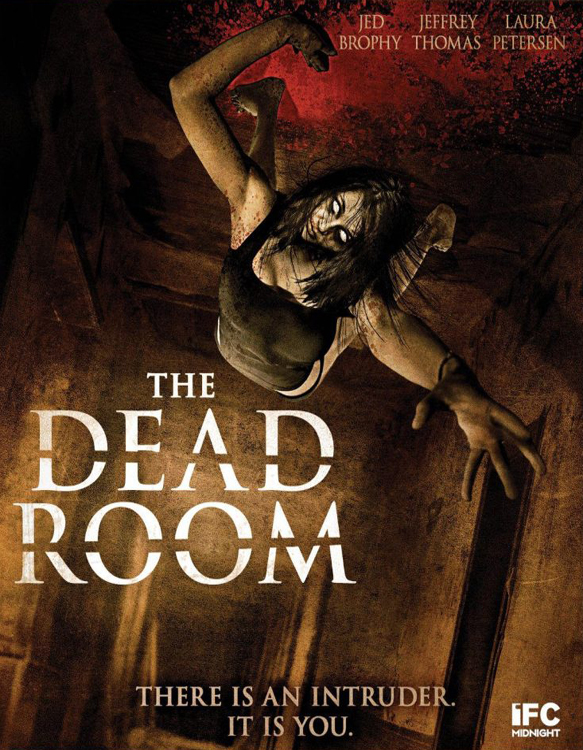 Pre-order The Dead Room on Blu-ray/DVD on Amazon