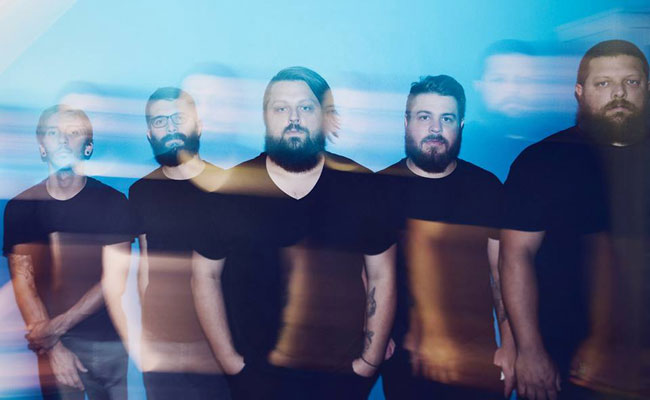 Hailing from Rhode Island, Prog-Rock group The Dear Hunter consists of Casey Crescenzo (vocals, piano, guitar, bass, arrangements, direction), his brother Nick (drums, vocals), Robert Parr (guitar, vocals, keys), Nick Sollecito (bass), Maxwell Tousseau (guitar, vocals, keys, percussion) and newest member, Andrew Brown (keys, vocals). Clearly a band of talented, jack-of-all-musical-trades people, The Dear Hunter, which started as a side project for Casey while being full time in the band, The Receiving End of Sirens, has its roots in demos that Casey wrote about his personal love life. This sprouted into more fictitious writing about “a boy” and the people in that boy’s life, like Ms. Leading, who was the subject matter for the first demo. The Dear Hunter is all about concepts and this album is just one act in a series of concept albums about a boy and his life. The most recent album finds us in Act IV and is titled, Rebirth in Reprise. At this point in the story, the boy is dealing with a tenuous relationship, but also growing popularity and success in a town that he has vowed to save.

The first track, “Rebirth,” is a great start to the album with a vocal quartet comprising solely of Casey Crescenzo himself. Three parts harmony and one part melody, it is a sweepy intro into the fourth act of this concept album series. When the vocals exit, the music takes on a darker New Orleans Swing vibe with the strings creating extra tension. Continuing the feeling, the guitars in “The Old Haunt” take over for brass as well as strings, and the harmonies are more taunting. The chorus is super catchy, with the harmony and the rest of the band lifting up the melody like something very fragile. The songs feel very much like period pieces, and this gives the whole album context. The “ba baa’s” and “wooo’s” are mystifying and the bridge of the song brings the orchestra back and makes this song a great example of the amazing dynamic range that The Dear Hunter is able to accomplish without making things sound haphazard.

The slow chant builds up only to fall apart on the strings of the violin section while a marimba comes in to give context for the intro to “Waves.” Here, the harmony picks up the line from the end of the last song and bring in one of the most radio-friendly songs on the album. This is due to a singability stemming from a length, instrumentation, melody, and love centered theme. The violin and chorus in the background solidify the love song aspect and the end of the song takes listeners to a bustling port and then down below the decks of a ship on its way to “The Ends of the Earth,” with the percussion eliciting drips and drops in the background. This song is similar in topic to the previous, but in a minor key, making it feel more dismal. The instrumentation is a little different, with piano, acoustic guitar, and a dense vocal harmony taking over the heft of the duties. With an energy surge in the middle, this is perhaps one of the more aggressive tracks, vocally, on the album. Dreamy bells and a chorus that sounds like angels from heaven give the lead in for the next song a very dreamy feel. “Remembered” is a wistful waltz whispering away listeners to a dream of the boy’s own regret.

“A Night on the Town” trumpets its way out of the gloom of the last song. Very much a drum driven, guitar there for harmony, Rock song, the song dips around the 2:45 mark and again around 3:26 and is another example of their ability to change the mood fluidly, but near instantaneously. Casey also writes lines that are memorable and really hit you, such as, “I was in the wrong place- at the right time.” At this point, the song is back at a waltz that crescendos into a jig! Casey writes music that would keep any dancer on their toes. After the jig, the song gets darker, full of lament, but in the end gains a graceful danceability before falling apart into interlude music for what could be an old play. After nine minutes, listeners may be exhausted and Casey surely gives that feeling with “Is There Anybody Here?” The song feels less unique than some of the previous songs, it is heavy and weary, but it does drive home more details about the mental state of the boy. It is an interlude into the next half of the album that lingers on a bit long.

The Pop inspired second half opener, “The Squeaky Wheel,” has a special bounce to it provided by the piano. The song is overall very energetic and has a more hopeful vibe than has been felt thus far, even though it ends in a dark alley-like place. Casey’s voice even sounds like a thug trying to sound menacing with the reverb creating a dark, dank sound. “The Bitter Suite IV and V: The Congregation and the Sermon in the Silt” does not necessarily feel like it picks up where Act II left it with “The Bitter Suite III: Embrace.” It begins with a congregation talking amongst themselves and then goes into the sermon. The music itself is sleazy and Casey’s vocals definitely help cement that feeling. It is the kind of music that one associates with New Orleans voodoo doctors. The song is obviously a satire of religion, with a rabble rouser taking money from sheeple and warning them not to “step too close to the line this time.” The song turns to transition smoothly into the more serious and most recent entry, “The Bitter Suite, Part VI: Abandon.” The song is a plea; soft and wooing. The acoustic guitar is paired beautifully with the chorus and it is all moved forward with the drums and Casey’s voice. It fades out in a way that makes any future entries in the suite uncertain.

“King of Swords (Reversed)” starts very similarly to “The Squeaky Wheel.” Named after the tarot card, apparently the song was originally going to be called, “Running for Mayor.” Perhaps it was a little too telling, but that seems to be the idea the song is going for. It is an anthem for the boy’s popularity with backup singers and its own dance. The “I” from “I never wanted my name up in brights lights” is the same “I” from Sly & The Family Stone’s “Everyday People,” giving it a little bit of a disco feel and creating a clever contrast to the Sly song’s theme of everyday people and The Dear Hunter’s theme of one man above the rest, his name going up in lights. Fading out into the sound of a guitar and birds, signaling a happy end, the guitar picks up from the birds and the album moves into “If All Goes Well.” The song feels overconfident and cocky. Casey is really good at putting the emotion of the song into not just his voice, but the composition. Using grandiose terms like “Eden” and “brilliance,” the song feels arrogant but switches to a sort of humble brag before ending in the splendor it thinks it deserves.

“The Line,” not referring to the line in the bitter suite, is the return of tension, the intro to the last arc of this album. The whole concept that is spread out across these albums is not over within this album and this begins the decline back down to move the boy into his next arc. The ethereal chorus in “Wait” is like a divine and unavoidable catastrophe for the boy. Continuing his spiral, coming to terms with decisions made, the boy asks a lot of existential questions, and this is another one of the tracks with parts containing more aggressiveness than we have seen before. Beating the questions into nothingness- or something that he does not quite yet know or understand, the existential crisis ends with this thought, “I hope there’s not a heaven above.”

The final song, “Ouroboros” is “all of the ground I thought I’d gained taken away.” The boy realizes that he is not as powerful as he thought. The music is some of the smoothest thus far. The Ouroboros symbol is one of a snake eating its own tail, and this is indicative of things beginning to come full circle for the boy. The strings create a very tense atmosphere and Casey’s voice is languid at times and commanding at others. The music has a little bit of everything, even some chiptune style effects hidden deep in there. It ends in a curtain-fall that only reaffirms the impending disaster.

It seems like the next album is going to be very dismal, but this album has everything one could want in an orchestral Rock Opera. Sweeping proclamations of love, despondent reminiscing of yonder years, brutally sad slaps of reality, and all of it narrated and sung by Casey Crescenzo. Whether the listener wants to sing, wallow, or dance, the album has something for everyone. Big props go out to the Bay Area’s very own Awesöme Orchestra for really adding another layer to the album, creating moods that a normal Rock group would have a lot of trouble creating on their own. In the end though, it is Casey’s vision that is coming forth in his own personal epic, and this album certainly leaves one thirsting for more. It is an easily accessible album that does not skimp out on the qualities that are necessary for a project of this scope. For this valiant effort, CrypticRock gives Act IV: Rebirth in Reprise 5 out of 5 stars. 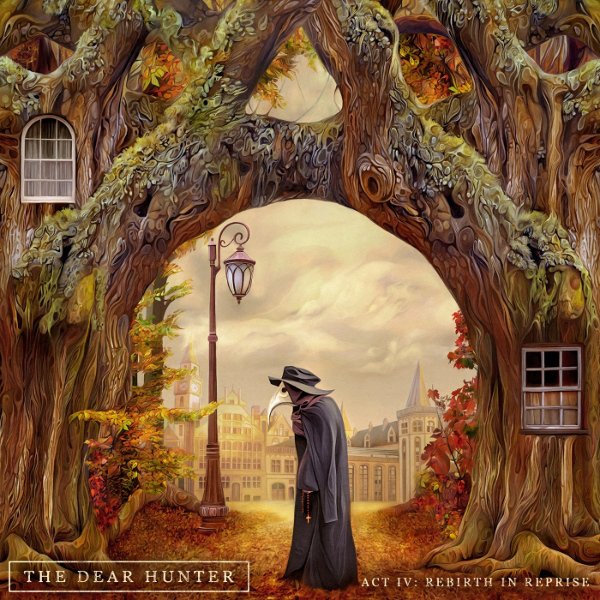