The Dear Hunter – Act V: Hymns With the Devil in Confessional (Album Review) 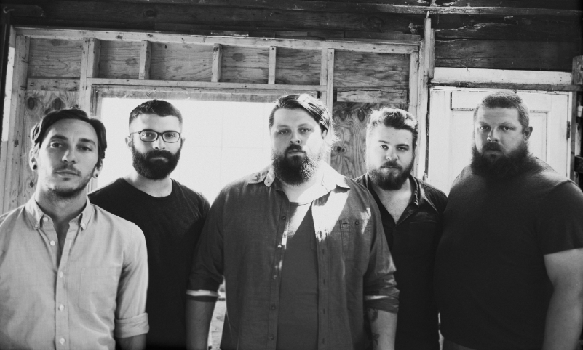 Since his departure from The Receiving End of Sirens, Casey Crescenzo has literally birthed a whole concept band revolving around the life of a child-turned-man, The Dear Hunter, which is also the name of the band. The story of the Dear Hunter was to be told in six acts, with each act being a different part of the character’s life. Released back on September 9, 2016 via Equal Vision Records, the band’s latest effort, Act V: Hymns With the Devil in Confessional, is the next chapter in the man’s life. Recorded around the same time of 2015’s Act IV: Rebirth in Reprise, it is a staggering thought, because both albums are, tonally, exact opposites of each other. In addition to the mentioned information, Act V is also their final Rock album in the story for Vocalist/Guitarist Casey Crescenzo, Drummer Nick Crescenzo, Guitarist Maxwell Tousseau, Guitarist Robert Parr, Bassist Nick Sollecito, and Keyboardist Gavin Castleton.

Known for having really epic intros to their albums, Act V kicks off a bit slower and much darker with “Regress.” Setting the tone for the rest of the album, there is a beautifully intricate arrangement involving a harp, an acoustic guitar, and a live string quartet as Casey’s voice sways them around, leading them right into “The Moon/Awake,” where the whole band enters the fray, continuing the darker atmosphere. Continuing on, “Cascade” starts off sounding like a much more lighthearted song, but after the intro, the somber mood returns. Highlighted by an incredible build-up in the middle of the track, Casey sings, “I keep looking for a quicker fix, but I’m afraid of finding what it is, I know that I just need a quicker fix, hate the sinner, not the sin,” repeatedly, it comes to a close with a flurry of string notes.

Moving on, “The Most Cursed of Hands/Who Am I,” starts off very slow with a two-note guitar combination along with Casey singing before picking up much like a steam train would, as the whole band joins in. Taking a break from the more bleak feelings, “The Revival” gives the listeners a danceable song with a Robert Rodriguez-esc saxophone groove in the middle. It is a little unexpected, but that is what makes it such a memorable moment in the album. Up next, “Melpomene” is an incredibly beautiful piano, harp, winds, and string piece of music where Casey’s voice only enhances the beauty of it all. Then, “Mr. Usher (On His Way to Town)” is a very fun Jazz piece that introduces a new character into the series. The best way to explain this composition is having a slightly faster Sinatra Jazz session with an appearance by the girls that sang “Mr. Sandman.”

Continuing on, “The Haves Have Naught,” is a piece that is very much in the vein of musicals where Gavin Castleton provides an additional voice and both him and Casey sing as two different types of personalities. Shifting gears, “Light” is a beautiful acoustic track about a father confessing to his son that even he has made many mistakes in this world. This is before the single “Gloria” finally brings back the full band for a bit more straightforward track that still delivers. If one was wondering if this is a turning point in a different direction, let your heart not be troubled, the darkness creeps back in with “The Flame (Is Gone).” An incredibly menacing song, Casey backs himself up with deep vocals before it ends with an eerie guitar and violin duet that leads right into “The Fire (Remains).”

As the album winds down, “The March” brings on a faster pace that is pretty fun and very danceable. Another surprise for the fans is that it features lyrics from “The Old Haunt” in Act IV. Thereafter, the penultimate “Blood” starts off with an organ playing in the background as Casey sings. Screaming “I’m a killer, I’m a killer, I’m a killer” as the band joins him, finally, the music fades away, and that leads to the final offering, “A Beginning.” Accomplishing to feats, it ends the album, but it also sets the tone for the next and final act to come.

Act V: Hymns with the Devil in Confessional is one of those albums that does not come very often. The same thing can be said about the Dear Hunter, because the music industry does not have a band quite like this one, not even close. Providing their fans one beautiful album after another, Act V is no different, and that is why CrypticRock gives it a 5 out of 5 stars. 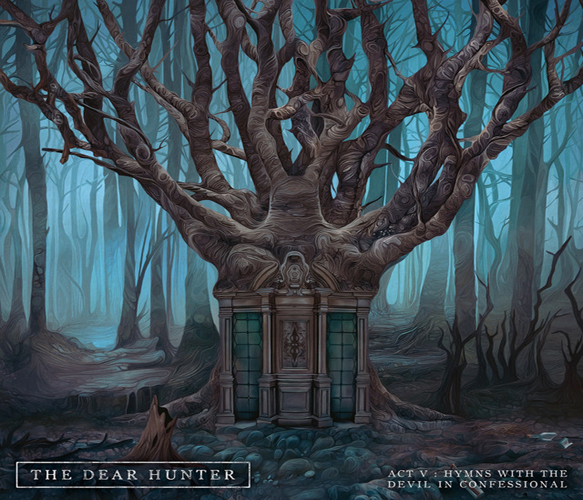