On May 25, 2004, Director Rob Zombie began work on the The Devil’s Rejects; a follow up to his bizarre 2003 cult hit, House of 1000 Corpses. Marking the successful Rock musician’s second full-length feature, the latest story would follow the further exploits of the demented villains Captain Spaulding (Sid Haig: Spider Baby 1967, Foxy Brown 1974), Otis (Bill Moseley: The Texas Chainsaw Massacre 2 1986, Halloween 2007), and Baby (Sherri Moon Zombie: Halloween 2007, Halloween 2 2009). Production would be completed in a grueling thirty days, under the blazing hot sun of the California desert, and be released a little over a year later on July 22, 2005 via Lionsgate. Now a decade following its initial release, The Devil’s Rejects has attained a cult-like status. 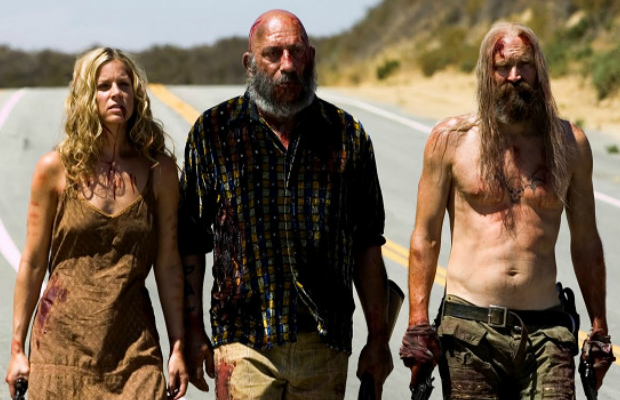 The opening scene begins with a shootout between authorities and the Firefly family. Mother (Leslie Easterbrook: Police Academy 1984, Private Resort 1985) is captured while the rest of the clan escape. As they are hunted down by Sheriff Wydell (William Forsythe: Once Upon a Time in America 1984, Deuce Bigalow: Male Gigolo 1999), Baby and Otis set a plan to meet their patriarch, Captain Spaulding, at a nearby motel, where they hold a group of friends hostage. While they wait, the siblings forego old habits of torture and murder, leaving nothing but carnage behind. They seek refuge at a whore-house owned by Charlie Altamont (Ken Foree: Dawn of the Dead 1978, Leatherface: Texas Chainsaw Massacre III 1990), but it is short lived, for Sheriff Wydell catches up to them. Bent on revenge for his brother, George, Wydell takes the trio back to their own house, determined to reimburse them with a series of their own favorite activities. This act of justice is quickly disheartened, as Tiny (Matthew McGrory: Bubble Boy 2001, Big Fish 2003), who has stayed out of sight in the outskirts of the house, saves them. With the trio on the run again, the opening scene repeats itself for the grand finale, another showdown with the law, and the remaining Firefly clan answering back in style.

Following House of 1000 Corpses, Rob Zombie wanted to continue his story of the deranged Firefly family in a different light, and with much success. It was more realistic and dark, featuring disturbing and graphic content. Moon and Moseley later expressed that regardless of their love for their characters, they were extremely uncomfortable filming the motel room scene. Battling time and extremely hot weather, the vibe is much more authentic and gritty, with consistent scenery and wonderful dialogue. Each actor gave their all in different ways, both in persona and script. Easterbrook took on the role of Mother Firefly, replacing the late great Karen Black, who demanded a higher salary Zombie could not afford. Although most scenes with her were confined in a holding cell, she delivered an eerie performance, throwing her body around as she cackled and taunted. 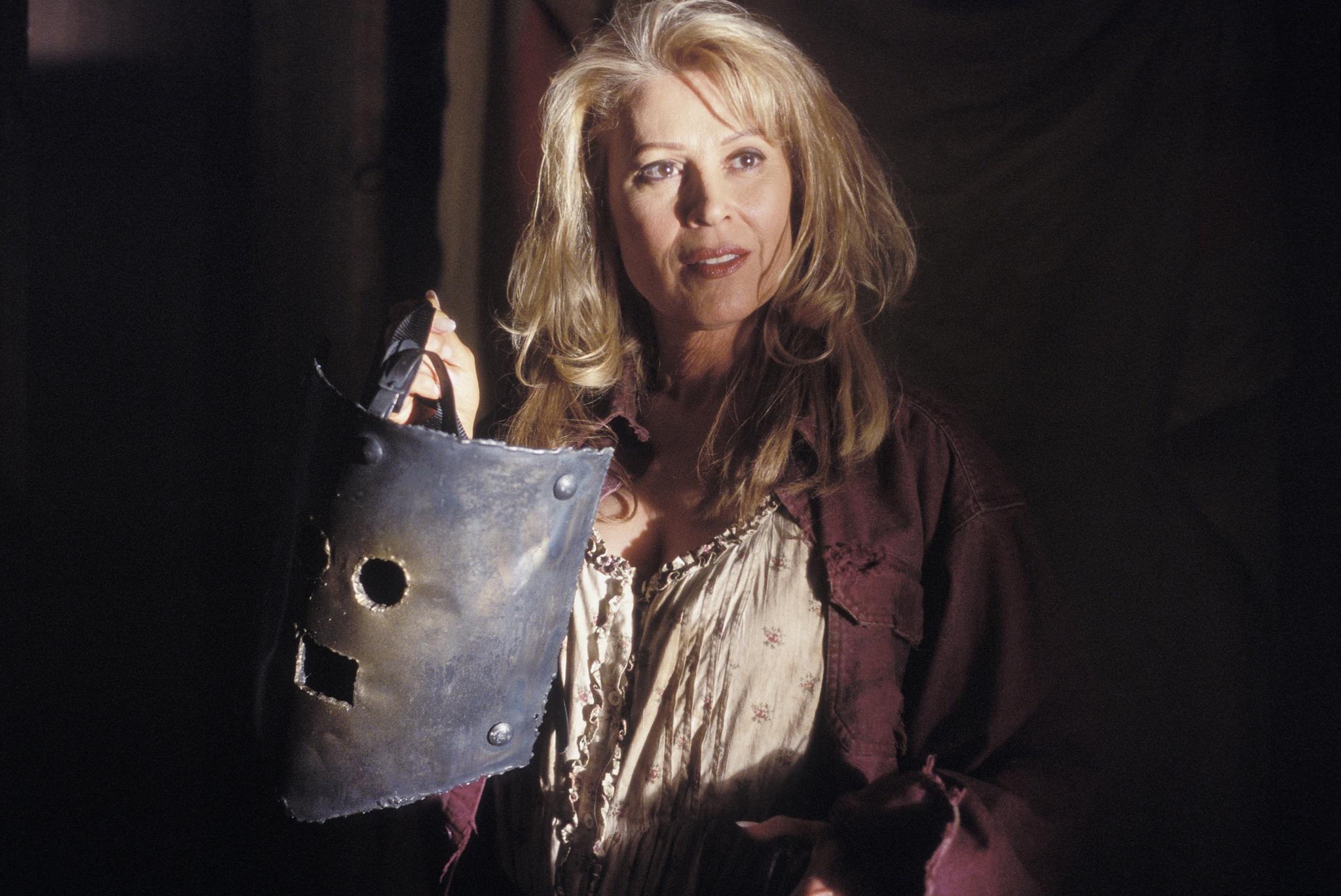 The Sullivans (Geoffrey Lewis and Priscilla Barnes) and the Banjos (Kate Norby and Lew Temple), as well as their Rodeo Jimmy (Brian Posehn), were the victims in the motel room. This scene was difficult for everyone involved, but they braved them nonetheless; displays of murder, sadism, and torment. Sheriff Wydell was a great character, acting as the temperamental cat chasing its mice. It was an ironic twist for the good guy to be the unlikable character, for Otis, Baby, and Spaulding all had moments of further character past their psychotic behavior, moving the audience to somewhat favor them.

As mentioned earlier, shot in just thirty days, Zombie used his resources wisely throughout filming The Devil’s Rejects. His sets were mere miles apart, and mostly found as is, dilapidated and abandoned works of art that matched the scenario flawlessly. Although he was forced to use more CGI than he originally intended, which was due to time constraints, he was still able to edit them together beautifully, cutting some down into snippets of freeze frames or a quick montage with a song over. Zombie’s intended setting was a Western vibe in 1978 Ruggsville TX, and he smartly kept with the times fashionably and musically.

Produced by Mike Elliott (American Pie Presents Band Camp 2005, The Eye 2008), it had a budget of approximately seven million, and was able to match that opening weekend, eventually grossing an estimated sixteen million. It also won “Most Vile Villains” and “Best Horror Movie” at the 2006 Scream Awards. Overall, The Devil’s Rejects proved Zombie was capable of pushing barriers, both in content and the actors themselves. Where House of 1000 Corpses was a fun movie, it more felt like a really long White Zombie video. 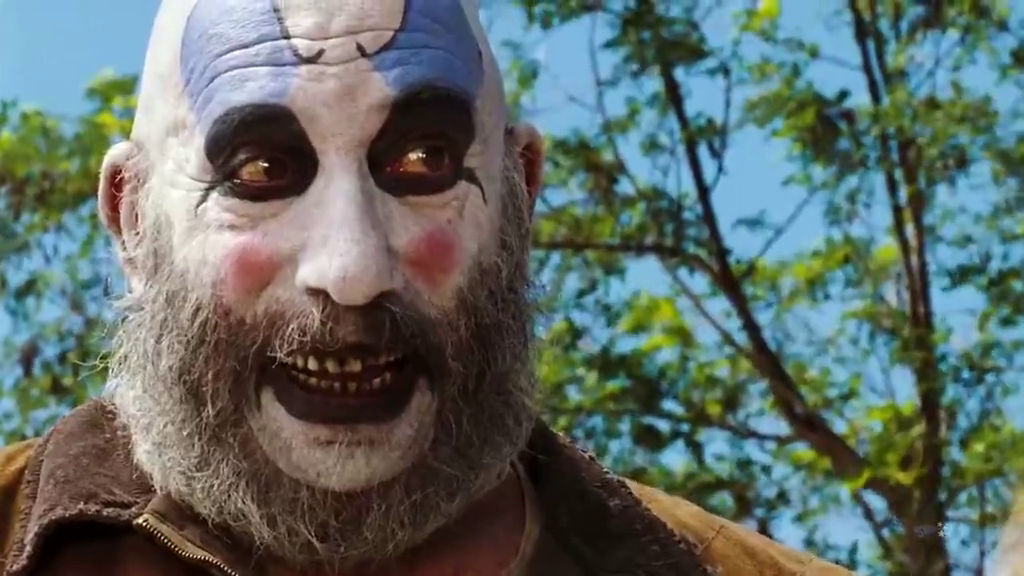 It could be argued the film’s success paved the way for Zombie to dive into future projects such as 2007’s Halloween where he gave Michael Myers’ fans a totally new prospective on the masked madman.  The Devil’s Rejects had a simple plot, and a much more realistic feel to it, which actually made it more terrifying. Zombie was originally going to include Dr Satan, but he decided to nix the idea when he could not write in the character in a way that made sense. In the end, this was a wise decision for The Devil’s Rejects project as a whole. The film deserves every bit of praise from Horror fans as it is embedded in viewers’ brain, and will continue to do so for the next ten plus years. 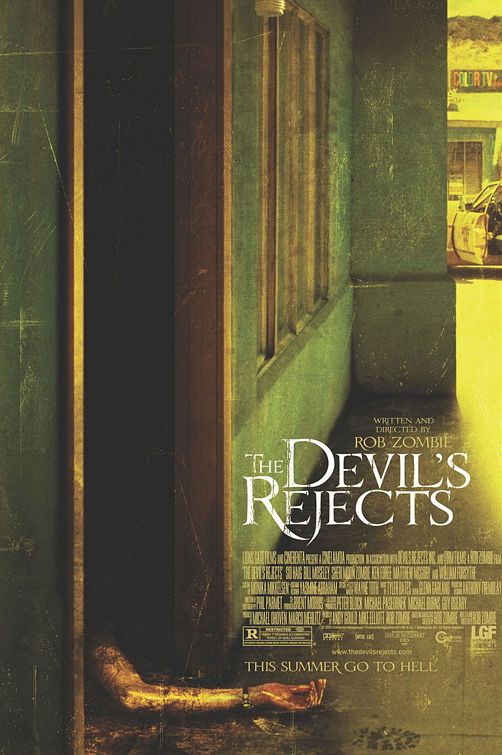 Purchase The Devil’s Rejects on Blu-ray/DVD on Amazon