Sometimes the end of one thing is the beginning of another, and that can be a beautiful thing. With that in mind, the Los Angeles-based Electronic/Dark Rock band The Dreaming rose from the ashes of popular Industrial Rock band Stabbing Westward when former frontman Christopher Hall and bandmate, Drummer Johnny Haro, launched the new project. Developed some time in mid 2001, upon the dissolving of Stabbing Westward, in spite of their magically composed self-titled album release in May of that year, The Dreaming provided a fresh start for Hall and a new outlet to help satisfy his creativity. With a name that reportedly came from the domain of Dream of The Endless from the Sandman Comic Book series by Neil Gaiman, Hall and his new band started making demos with Stabbing Westward’s Darkest Days engineer, Bryan Carlstrom. By the beginning of 2003, The Dreaming had a bunch of songs ready for release, and their first performance was at The Gig in Hollywood.

From The Gig, the band hit up popular hot spots in the greater Hollywood area like repeat shows at The Gig, Dragonfly, and Whiskey a Go Go, earning a contract with Andy Gould Management. Then, in 2003, The Dreaming expanded their fan base as they toured the rest of California, into Washington and Nevada, breaking to do a video for “Beautiful,” of their debut, self-titled and self-released EP. Following with The Bonus Tracks EP in 2005, The Dreaming would look to do something different, and on March 4, 2006, released the EP entitled Dreamo. With then lineup of Hall on lead vocals, Jinxx on guitar, Brent Ashley on bass, and Haro on drums, Dreamo was released independently and digitally as well as showcased an acoustic version of four songs. Now a decade later, The Dreaming are still going strong, but it seems fitting to reflect back on Dreamo.

Digging into the EP, the core theme is loss, beginning with “Crawl.” The track begins with a guitar submissively playing the melody as Hall brings the emotion, drawing out specific words to emphasize the loss and longing of the piece as he sings about the lengths he would go to have someone back. With the act of crawling being a submissive one, there is an air of servitude, of letting go of control for love.  Next, “Whole” plays off the yin/yang off the meanings of the two spellings while singing about the completeness of loving someone, and the loss felt at the end of a relationship, “Only you can make me whole/I am broken/And alone/You’ve left this gaping hole.”

“Fly Away” keeps the slow tempo while the band changes to the theme of insecurities as Hall sings, “Will you fly away/when the cage is open?”  Finally, “Disconnected” closes out Dreamo with a parting track about how losing a relationship can make at least one of the party’s world fall apart.  There ,is a bitterness to Hall’s lyric delivery as he sings, “I have crawled a million miles to reach you/But you won’t hear a single word I say,” even though he takes responsibility in the next lines.

Though an EP, Dreamo was a crucial stepping stone in The Dreaming’s evolution. The cover art is white filigreed lettering over a black background; simple, yet elegant, with edge. Also, without anyone’s face within the artwork, there was a bit of mystery as to who was behind the music, unless of course someone attended a show. The version of “Whole” was the second recording, the first debuted on 2005’s The Bonus Tracks EP and the last on 2011’s Puppet album under the name “Hole.” As for the other three tracks on Dreamo, they were all making their acoustical debut. In addition, fans know “Disconnect” showed up on 2008’s Etched in Blood in electric format.

All in all, Dreamo shows the band’s ability to strip down its sound to merely an acoustic guitar and Hall’s singular voice while adding a couple of new songs to a growing catalog that would add another EP with 2007’s Club Re-Mixes, and give way to 2008’s debut album, Etched In Blood, and Puppet, as well as 2015’s Rise Again. Most recently, Hall posted on social media that the band is currently working on more material for a new album to be announced, but without the help of Dreamo to pave the way, that might not have even come to pass. 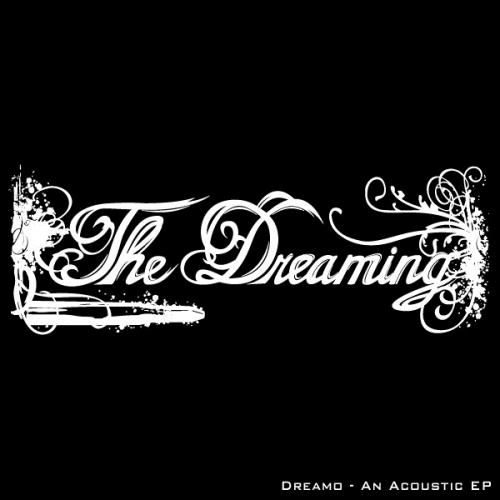