Since the dawn of the film industry’s penchant for producing Horror, the use of characters that exist only in the protagonist’s mind has been a common technique to induce fear in viewers. Released on VOD and DVD via Uncork’d Entertainment on September 6th, the new film entitled The Evil Gene relies heavily on this theme. Throughout the movie, there are scenes where the audience is left wondering, “Did that really happen,” or “Is that person really there?” When done well, this method creates a classic film moment, a la Lloyd the bartender in 1980’s Stanley Kubrick film The Shining, but when done poorly, the results can be difficult to watch. 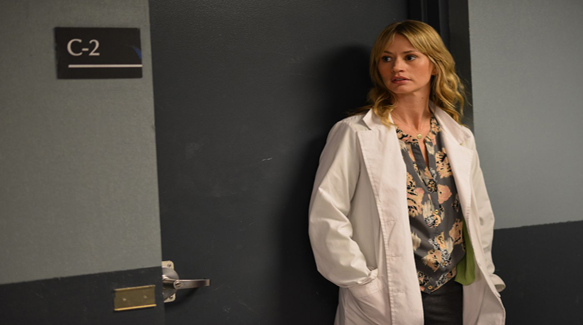 From the pre-credit opening, viewers of The Evil Gene are left to ponder the reality of what they are seeing. While a medical video of a patient, Griff Krenshaw (Richard Speight Jr.: Ernest Goes To Camp 1987, Supernatural TV series), wearing only a white gown is shown, off-screen voices describe his injuries as though they are the symptom that will be important in the coming story. Griff is not seen again in this setting until the end of the film, much too far away to have been an effective foreshadow of events to come. If anything, it acts as a spoiler by showing a major character in a situation we have not witnessed yet.

The opening credits follow, unfortunately for the audience, this is the best part of the film. While medical video of DNA twirling, blood cells traveling in veins, people protesting the government, and newspaper headlines pan across the screen, narration of news reports, interviews, and random comments describe the subject of the movie, the so-called, evil gene. Scientists have made a breakthrough in gene research by discovering that some people are literally born to be bad. They carry the Hss-282 gene. It is a very good idea, and does entice the viewers with potential of a new take on explaining why some people ‘snap’ and go on killing sprees. From here,  the movie does not deliver on that promise.

Viewers are introduced to Griff in a convoluted scene of him wearing an FBI cap shooting someone who has stepped out of an apartment. Someone runs from behind Griff, then past the man he has shot. It happens so quickly that it is impossible to make sense of what has been seen. The person who ran through the scene is never explained, and no more background of this scene is given other than to set up Griff being berated by his boss and Director Nelson, (Don Hartman: The Feud 1989, Red Dirt Rising 2014). That said, the shooting scene is repeated several times, but the events leading up to it never become any clearer. Nelson assigns Griff to investigate the apparent suicide of Doctor Mobley (uncredited) at the Godfrey Correctional Facility. Godfrey is a secret research facility housing felons who have been given life sentences for horrific crimes. The inmates all have one other thing in common, the presence of the evil gene. 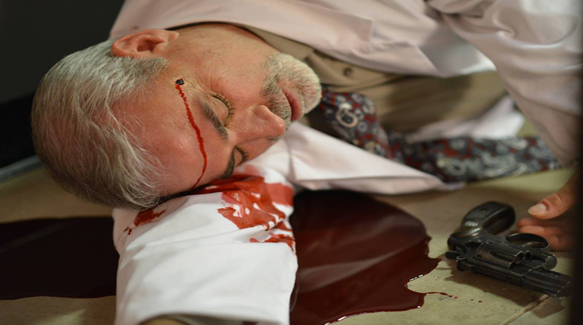 Director Nelson’s agenda is made clear, he feels that researching treatment of carriers is a waste of time. Once Griff arrives at Godfrey, he is introduced to the lead researcher, Dr. Dana Ehrhart (Cameron Richardson: Frank McKlusky, C.I. 2002, Entourage TV series). Ehrhart has a special needs daughter, Payton (Kruiz Mauga: Xanax a Love Song 2015, Sienna’s Choice 2016). When we do eventually meet Payton, she does not appear to have any unusual characteristics other than a penchant of going through babysitters due to having a short, and violent, temper. Not a very subtle hint at what her ‘special need’ is, nor why her mother wants to keep the Godfrey facility open at all costs. This is reason behind one of the film’s twists, the other lacks even this amount of subtlety.

In charge of the prisoners is Warden Sweeney (Lindsey Ginter: Blood In, Blood Out 1993, Hitchcock 2012). His character is played in a way that viewers do not know whether or not to trust his motives. This is a common thread for all of Godfrey’s guards; they all seem to have something to hide. The feeling is set up nicely and carries throughout the film until the final truth behind Doctor Mobley’s death is revealed. While Griff works on the report, he hears strange noises and sees a bloodied man wearing a Hawaiian shirt. The man has black eyes and speaks in a voice that is electronically modified to make him sound eerie. Unfortunately, because of the effect, and the actor speaking quickly, viewers cannot understand what he says. The first three times he appears, it sounds as though he is speaking backwards. This is a shame because it turns out he is an important person from Griff’s past. Not the person he shot in the apartment building, for a moment it did appear that would come back to, pardon the pun, haunt him. 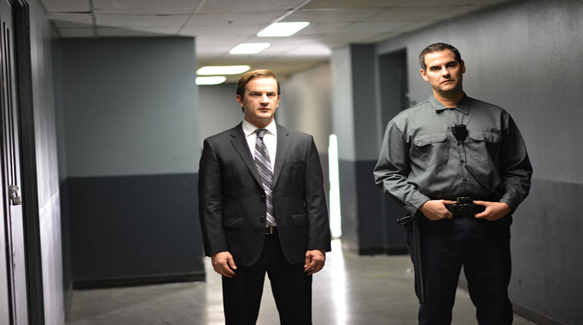 During his investigation, Griff meets other residents of Godfrey. Inmates, guards, and the mysterious Father Warren (Ted Heyck: Scorpio ’70 1970, Mommy & Me 2011), a priest who tells Griff about the spiritual side of the evil gene. He convinces Griff that there is more to it than just the genetics. Is Father Warren real, or a construct of Griff’s own affected mind creating a fantasy to drive his actions later as the evil in the prison spreads? The film mixes characters and flashbacks to the point that viewers cannot trust anyone. This is the point that, if done well, it could have carried the film, but it is overused. Between the flashbacks and unintelligible Hawaiian shirt character, it is too confusing to enjoy. All of these factors and characters should have resulted in a compelling and scary film, but the way it is put together is mind-boggling and hard to follow.

Written and directed by Kathryn F. Taylor, The Evil Gene’s premise is unique and it is a shame it was not utilized better. More a Psychological Thriller than Horror, The Evil Gene may thoroughly disappoint many viewers. Viewers who do not mind a low budget film and want to check out promising, young talent, may think about checking this film out. CrypticRock gives this movie 2 out of 5 stars. 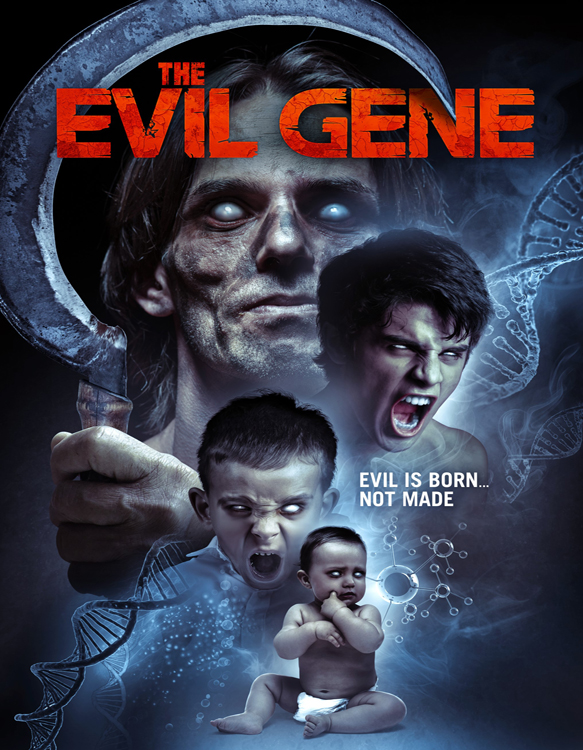 Purchase The Evil Gene on Amazon