What is better than watching a film on a rainy November day? Watching a film within a film! Welcome to Camp BloodBath, where there can only be one survivor, but when the storyline is thrown through the loop, who will be the Final Girl?

Distributed by Stage 6 Films, produced by Michael London (Thirteen 2003, Milk 2008), and directed by Todd Strauss-Schulson (A Very Harold & Kumar 3D Christmas 2011, Valibation 2013), The Final Girls Horror Comedy storyline is the selling point of the film, beginning with the telling of one aspect and then the characters literally being sucked into a completely different story, a Slasher with stereotypical characters and fun kills making this film unique, witty, and entertaining. The screenplay was written by Joshua John Miller (Near Dark 1987, Teen Witch 1989) and M.A. Fortin (Dawn 2014). Miller’s father, Jason Miller, played Father Karras in The Exorcist (1973) and says the script for The Final Girls was somewhat inspired by The Exorcist – after growing up watching the film and seeing/interpreting his Dad dying several times, along with the human desire to want second chances, Miller developed this cathartic screenplay. 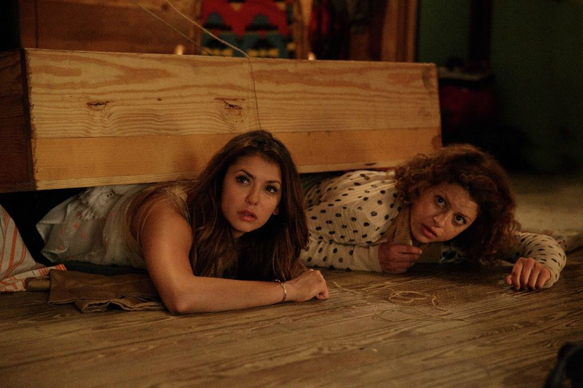 The film has an amazing soundtrack composed by Gregory James Jenkins (A Very Harold & Kumar 3D Christmas 2011, The Lucky One 2012), and that, combined with some famous ‘80s songs, such as “Bette Davis Eyes“ by Kim Carnes, are sure to impress. The Final Girls was filmed in Louisiana and stars Taissa Farmiga (The Bling Ring 2013, American Horror Story TV series) and Malin Akerman (The Heartbreak Kid 2007, Watchmen 2009). Alexander Ludwig (The Hunger Games 2012, Final Girl 2015), Nina Dobrev (The Perks of Being A Wallflower 2012, The Vampire Diaries TV series), Alia Shawkat (Arrested Development TV series, Whip It 2009), Thomas Middleditch (The Campaign 2012, The Wolf of Wall Street 2003), and Adam DeVine (Workaholics TV series, Pitch Perfect 2 2015) also star, giving this film a winning cast and amazing characters.

The Final Girls begins with Max (Farmiga) and her actress Mother (Akerman) sitting in the car discussing her recent audition and how she will be forever known for her role as Nancy in the cult classic Slasher, Camp Bloodbath. Soon after, they are in a fatal car accident, leaving Max the only survivor. Three years later, Max’s friend Gertie (Shawkat) and her crush Chris (Ludwig) meet up with Gertie’s step-brother Duncan (Middleditch), who convinces them to attend a double feature of Camp Bloodbath and Camp Bloodbath 2: Cruel Summer. When they arrive, Max is not impressed that Chris’s ex-girlfriend, Vicki (Dobrev), is also at the show too. Vicki would be the least of her worries, as a rowdy crowd starts a fire in theater, panicking everyone. 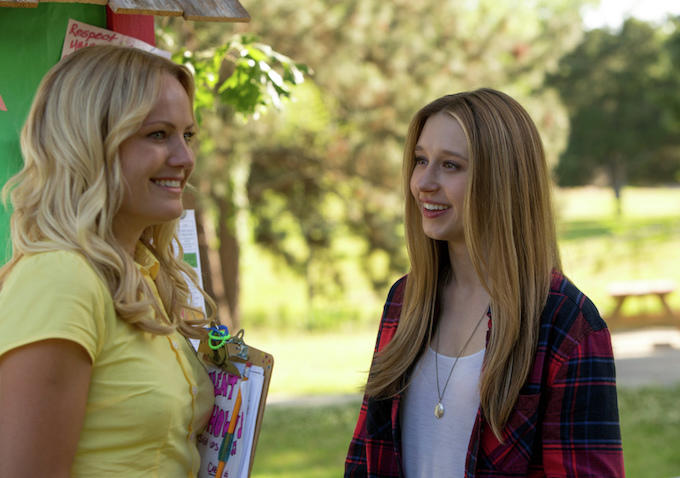 Thinking fast on her feet, Max tears a hole in the theater screen to escape through, with her friends and Vicki following. Then everything changes as Max, Gertie, Chris, Duncan, and Vicki wake up in the woods in a familiar setting. As they move along, they encounter characters from the film Camp Bloodbath including Kurt (DeVine) and Max’s mother and realize they are trapped in the film. Realizing they are running out of time, Max and her friends try to explain to the Camp Bloodbath characters Kurt, Nancy, Paula (Chloe Bridges), Tina (Angela Trimbur), and Blake (Tory N. Thompson) about the reality of the situation, including who they are and the fact that they are stuck in a Slasher film along with real life urban legend killer Billy Murphy, who will arrive at any point to kill everyone, except for the original Camp Bloodbath final girl, Paula. As their plans unravel, one by one characters die and the remaining teens have to find new ways to survive and get back to their world. Meanwhile, Max is awestruck at the chance of seeing her Mother alive and is willing to do anything to not lose her again. 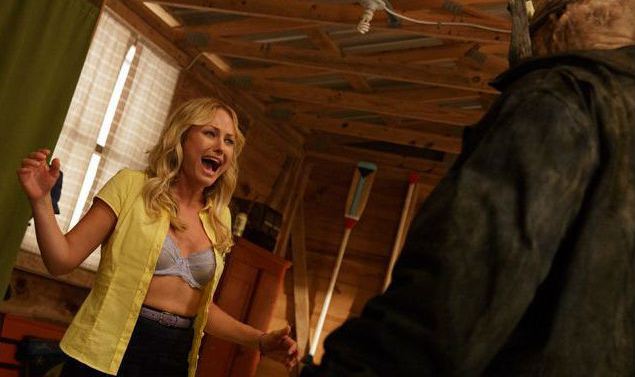 The Final Girls received a Video on Demand on October 9th by Stage 6 Films and was released via DVD and Blu-ray in the United States and Canada on November 3rd. This film is heartfelt, with cheesy fun, lovable characters, a mix of Horror and Comedy, and nods to the best old Slasher films. Some fans even say that The Final Girls will be an instant cult classic – enjoyed for generations to come. CrypticRock gives The Final Girls 4 out of 5 stars. 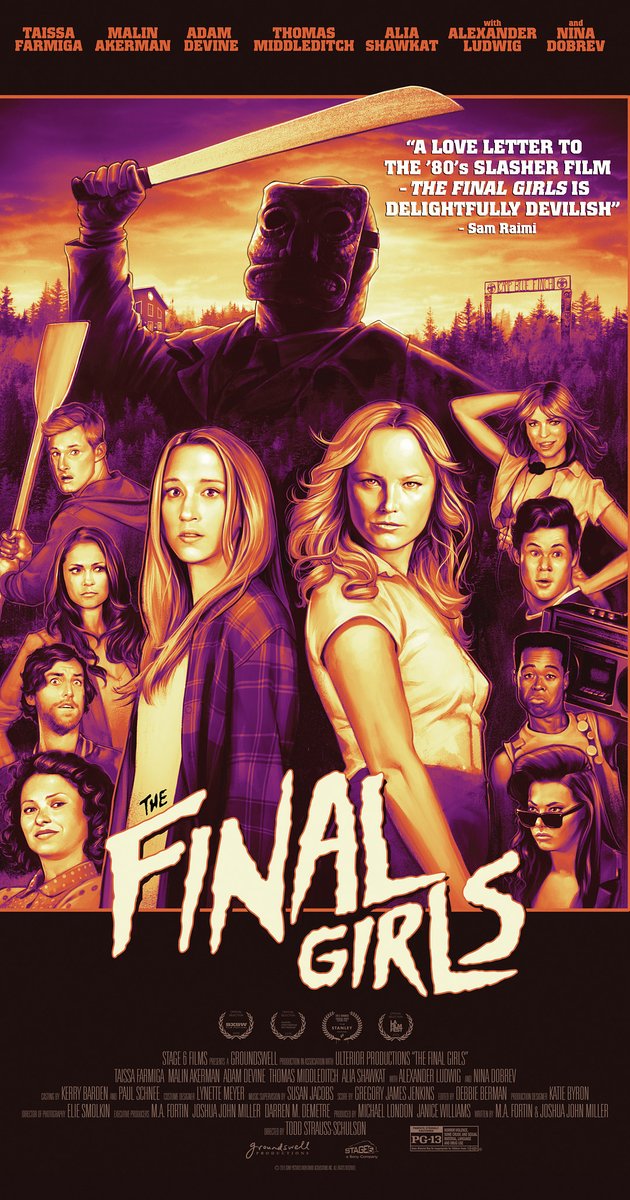 Purchase The Final Girls on Blu-ray/DVD on Amazon