December 31, 2014 The Flaming Lips – With a Little Help From My Fwends (Album Review) 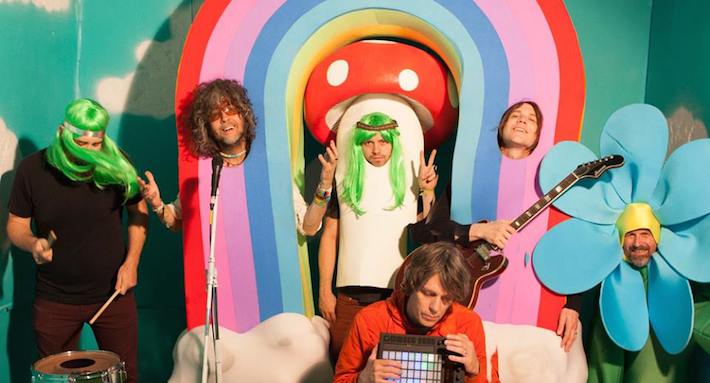 Regarded by most as not only the greatest LP ever, but also the first “album,” in that it was an intricate song cycle, and not just a collection of singles with filler, The Beatles’ 1967 release Sgt. Pepper’s Lonely Hearts Club Band is to the history of Rock music what Babe Ruth and Abraham Lincoln were to baseball and American history. Tackling a cover of such an iconic record shows not only The Flaming Lips’ reverence for their musical influences, but also highlights their unwavering devil-may-care approach to music making. Bandleader and man for all seasons and song styles, Wayne Coyne and co., as expected, has managed to take an album that turned the music industry on its head and somehow make it unrecognizable, and a crystal clear tribute at the same time. Retitled With a Little Help From My Fwends, their take on the Beatles’ masterpiece includes twenty plus guest artists across all contemporary genres, complete and utter destruction of the original, playful allusions, and ear-bending sounds. All proceeds are slated for veterinary care for low income pet owners. Previously, the band has covered complete albums by King Crimson, The Stone Roses, and Pink Floyd’s gargantuan The Dark Side of the Moon (1973), along with countless singles by other wildly popular bands in the Rock canon.

The album kicks off with what seems to be a faithful cover of the title track, but only momentarily. Featuring members of My Morning Jacket, Fever the Ghost, and Dinosaur Jr.’s J. Mascis, the song quickly unfolds into a swathe of electronica and mind-bending psychedelic sounds beneath eerie, high-pitched vocals. The chorus is slowed down considerably from the original giving the track a ghost-like sound, before closing out with a screeching guitar run that sounds like a Jimi Hendrix outtake. Flowing right into “With a Little Help From My Friends,” the band has its tongue planted firmly in its cheek as it delivers the opening line “What would you do if I sang out of tune,” heavily autotuned. Disjointed psychedelic music carries the rest of the song with lyrics both screamed at max volume and delivered in a laid back, quiet tone. This fades into the album’s strongest track, “Lucy In The Sky With Diamonds,” featuring Moby and Miley Cyrus. Here, Cyrus stays faithful to the original for the verses, but the chorus is turned on its ear, as it is slowed down to an absurdly slow pace with over the top tripped out orchestral music and impossibly loud cymbal crashes.

“Getting Better,” featuring Dr. Dog, Chuck Inglish, and Morgan Delt does not stray too far from the original, and is a nice departure from the psychotic, over the top noise of the opening tracks, bringing the album out of the stratosphere, but not quite on Earth yet. “Fixing A Hole” gets right back into mind-bending mode with creepy vocals and eerie effects throughout. It is a slow burner that seems always about to pick up the pace, but never accelerates past the haunting, chant-like sound. “She’s Leaving Home” (feat. Phantogram, Julianna Barwick, and Spaceface) features a mechanical dance drumbeat and keys that sound like those one would hear approaching a striped tent in early twentieth century Kansas. Harmonies dominate the vocals and the minimalist music gives the song a nice light touch. “Being for the Benefit of Mr. Kite” is the lowlight here. The effects in the music sound like a B Horror movie score and the lyrics are essentially spoken with zero rhythm or cadence. Here, the music suffers from being different for the sake of being different. “Within You Without You”, like “Getting Better” stays relatively faithful to the original. Featuring Birdflower and Morgan Delt, like The Beatles version, it relies heavily on the sounds of India.

While the original “When I’m Sixty-Four” is a sunny piece of Pop perfection, here it has become a futuristic, synth nightmare. A song about growing old with the love of your life sounds like something out of a dystopian Sci-Fi nightmare with bleeps, blips, and robotic voices. “Lovely Rita” follows in the same vein, only not as extreme. While the verses take on an intensely unnatural sound, the chorus is sung au naturel, creating a nice contrast with the heavy electronic sound of the music. “A Day in the Life” closes the album in epic fashion. Singing over simple pianos and a cacophony of psychedelic effects, the opening session stays relatively close to the original. Where the original takes off for the middle part with a fast-paced, piano-heavy jaunt, here, Miley Cyrus sings in a sultry style over an intricate electronica beat, reminiscent of 1980s underground Dance/Hip-Hop. Her trance-like delivery sucks the listener in and invokes visions of a smoky studio rife with multi-colored furniture, old jazz records, stuffed animals, and the like.

Taking on a beyond legendary album like The Beatles’ Sgt. Pepper’s Lonely Hearts Club Band is a risky move. However, throughout their career The Flaming Lips have never seemed to care what anyone else thinks. This has allowed their creativity to show itself, in spades, over the years. Through constant reinvention, they continually release albums that challenge the listener’s perception of what music should be.  As expected, The Flaming Lips take on Sgt. Pepper’s Lonely Hearts Club Band is what one would expect, which is something completely unexpected and original. CrypticRock gives With a Little Help From My Fwends  3 out of 5 stars. 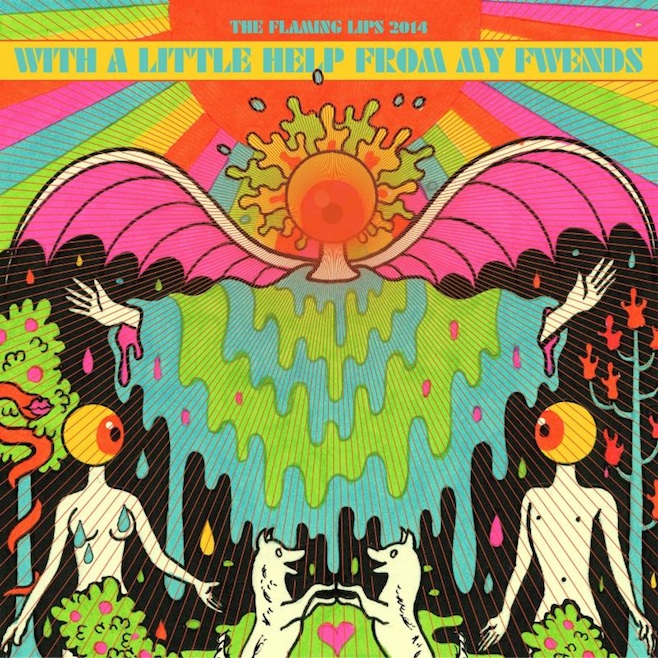