This February saw the 35th anniversary of the theatrical release of John Carpenter’s (Halloween 1978, The Thing 1982) 1980 Horror masterpiece, The Fog. To this day, The Fog is still generally not regarded as one of Carpenter’s best, but it is still a moody and atmospheric Horror classic in its own right that real fans of the genre can appreciate. The film boasts a stellar cast comprised of stars from Horror and Cult film backgrounds. It stars Carpenter’s then-wife Adrienne Barbeau (Escape from New York 1981, Swamp Thing 1982), Jamie Lee Curtis (Halloween 1978, True Lies 1994), Janet Leigh (Psycho 1960, The Manchurian Candidate 1962), Hal Holbrook (Creepshow 1982, Magnum Force 1973), Tom Atkins (Halloween III: Season of the Witch 1982, Escape from New York 1981), and Charles Cyphers (Halloween 1978, Escape from New York 1981).Produced by Debra Hill, who co-wrote it with Carpenter, it would also mark the second film the two would work on together after much successful with Halloween two years early. Carpenter also scored the eerie soundtrack himself, as he usually does with his films.

Shot on a relatively low budget of about $1,000,000, The Fog grossed approximately $21,378,361 in 1980. The Fog was a much more visual film than Halloween was, and was a lot less claustrophobic. Whereas Halloween took place largely indoors in a small Illinois town, the scope of The Fog consisted of a much more open landscape in California, where it was shot on location from April to May 1979 at Raleigh Studios in Hollywood, Bolinas, Iverness, and at the Point Reyes Lighthouse, where most of Adrienne Barbeau’s scenes were filmed. Carpenter initially brainstormed the idea of a ghastly fog carrying a murderous presence when he visited Stonehenge with Debra Hill, who was his girlfriend at the time. It was filmed in 2:35:1 anamorphic widescreen because Carpenter intended to make the film seem less like a low budget Horror film. It currently holds a 6.8 IMDb rating, and a 69% Rotten Tomatoes rating.

The film takes place in the Californian coastal town of Antonio Bay, which is approaching its 100th anniversary on April 21st, 1980. After numerous strange occurrences take place around the town, Father Malone (Holbrook) discovers his grandfather’s journal from 100 years ago. The journal reveals that six conspirators, including Malone’s grandfather, deliberately sank a ship called the Elizabeth Dane. The ship was owned by a man named Blake, who wanted to establish a colony near Antonio Bay. The gold which was plundered from the ship was used to build the town and its church. Meanwhile, a fog appears as three men, including the husband of city councilwoman Kathy Williams (Leigh), are in a ship out at sea. They are all killed by an inhuman presence which is in the fog. Nick Castle (Atkins) picks up a hitchhiker named Elizabeth (Curtis). The next morning, local radio DJ Stevie Wayne (Barbeau) is given a piece of driftwood  by her son, Andy. The piece has the word “DANE” inscribed on it. She brings it to the lighthouse where she hosts her show. The piece begins to inexplicably seep water, and causes a radio near it to short circuit. A distorted voice comes on the radio and the wording on the piece changes to “6 MUST DIE.” Stevie puts out the fire and the piece reads “DANE” once again.

After locating the missing ship, Nick and Elizabeth find the body of a man named Dick Baxter, who has his eyes gouged out. While on the autopsy table, Baxter’s body rises up and approaches Elizabeth. It then falls to the ground with the number 3 carved into its arm. The town’s celebration begins that night. Local weatherman Dan (Cyphers) informs Stevie that a fog bank is approaching. Stevie notices something different about this fog- that it glows. Dan is killed by the figures in the fog as Stevie listens in horror. The fog then cuts the town’s power lines. Stevie sends out a notification that her son is trapped in their house along with the babysitter, Mrs. Kobritz, who is killed by the ghosts. Elizabeth and Nick hear the distress call and rescue Andy just in the nick of time. The characters (with the exception of Stevie, who remains at the lighthouse to do her job and keep the public informed of the horror) gather in a church, where the fog corners them. They discover a golden cross, which it turns out is what the ghosts came for. Malone gives the cross to Blake and the ghosts leave. In the final scene, Malone wonders why only five people and not six were killed, since he logically should have been one of them. Blake and the rest of the ghosts appear and kill him. 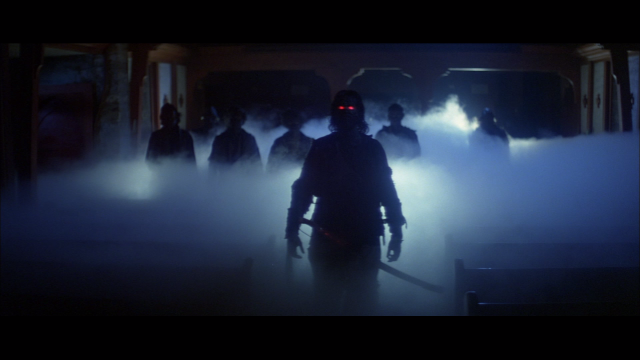 About one-third of the film was shot after a test screening of a rough cut. Carpenter was disappointed; added and re-shot several scenes to make the film more coherent, considerably scarier and slightly gorier. It was considered a box-office success despite its mixed reviews upon its initial release. Thirty-five years later, The Fog is still not universally considered to be one of Carpenter’s finest achievements, but IS considered a classic nonetheless, and for good reason. It is not a run-of-the-mill ghost story. Its soundtrack, atmosphere, cast, and effects make it nothing short of an overlooked masterpiece. It is easily Carpenter’s most underrated film next to his 1995 Lovecraftian classic, In the Mouth of Madness. The Fog is a fine entry in Carpenter’s filmography, and is more than likely to keep finding new fans for the next 35 years. 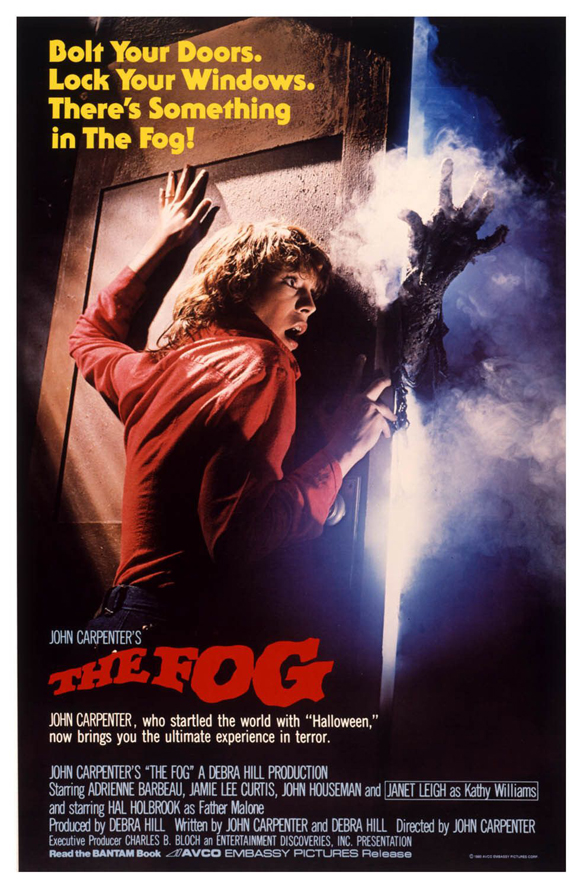 Purchase The Fog on Blu-Ray/DVD on Amazon