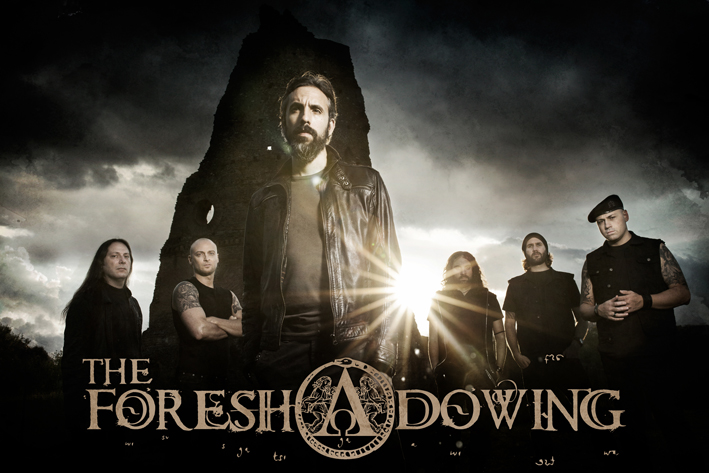 Since 2005, Italy’s The Foreshadowing has put out three acclaimed albums within the Gothic and Doom Metal genre. While some may say these two sub-genres peaked a few years prior to their 2007 debut album, Days of Nothing, The Foreshadowing proved that theory wrong as they provided a fresh take on the styling. Brought up on bands such as My Dying Bride, Katatonia, and Anathema, The Foreshadowing used these influences as inspiration to craft their own sound. Turning on fans yearning for a band to carry the torch for the scene, they continued to wow with 2010’s Oionos and again with 2012’s Second World. Time after time, led by former Klimt 1918 guitarists Andrea Chiodetti and Francesco Tumbarello, along with former How Like a Winter vocalist Marco I. Benevento, as well as Guitarist Alessandro Pace, The Foreshadowing has gained popularity on an international level, performing at some of the most important festivals in Europe. They even visited North America back in 2013 supporting Marduk and Moonspell on the Voices from the Dark Tour.

Bringing on Francesco Giulianelli as their bassist in 2010, and former Novembre drummer Giuseppe Orlando in 2013, the lineup is as strong as ever as they return with their highly anticipated fourth album, Seven Heads Ten Horns. Released on April 22nd via Cyclone Empire in Europe, it is their first album in four years leaving many to question where the band would go after the lengthy layoff. Produced by the band themselves, along with mixing and mastering from  Slawek and Wojtek Wieslawski, the record is also dressed with some beautifully dark cover art courtesy of Septicflesh’s Seth Siro Anton. Thematically about the collapsing tower of Babel, comparing it to the failure of Europe and its degeneration that leads to the intolerance against other people and cultures, Seven Heads Ten Horns is a cohesive concept piece. While the record is still picking up momentum in the months following its initial European release, on July 29th Metal Blade Records will unleash Seven Heads Ten Horns in North America, and there is no doubt a buzz is continuing to build in the Doom Metal community.

It all begins with the Medieval styled instrumental of “Ishtar,” which is lighted up by ethnic guitar, immediately creating an atmosphere. Using the same melody, this leads into the more powerful “Echo of Heroes,” creating the vibe of a victory war hymn. From there, the music of Seven Heads Ten Horns continue to fluctuate between Power Metal and epic ambiance. With that said, the obscure “New Babylon” incarnates the darkest song of the album, opening up with cries of crows, squeaky doors, and whispering. Picking up with a guitar solo and agonizing emotion, the melody continues to grow towards a distinct Gothic Metal style.

Thereafter comes the atmospheric “Lost Soldiers” with a beautiful and melancholic melody. A mellow track, it builds instrumentally as Benevento sings cleanly over it all. However, the tranquil vibrations are merely a break before instrumentation becomes more aggressive with tribal drumming of “17.” Released as a single, the song takes on an almost Paradise Lost feel with vivid guitar work and enchanting female voice midway through, bringing the story all together beautifully. Then the full on sadness and resignation amazes on the opening of “Until We Fail” with an electronic sound that creates the sensation of a classic Italian Horror film, Dario Argento style. The tension builds slowly as Benevento vocalizes about the plague of mankind. While a slow build, it is worth being patient as layering of guitars in the last minute plus is simply breathtaking as a distant voice sings in the backdrop.

As listeners take a collective breath, the most Doom Metal cut of the album follows in the form of “Martydoom.” With a mesmerizing melody, Benevento’s voice is used sparingly to allow the music a chance to breath. The predominately instrumental piece then ends with a surprise of a haunting child choir, adding to the impending doom that is felt throughout the album. It  all ends with “Nimrod,” a tragic fourteen minutes track where the melody lets in a glimmer of hope among the darkness, all characterizes by the keyboard’s sound.

From start to finish, the fifty-five plus minutes of music is a victorious atmosphere towards a dark and timeless place, making Seven Heads Ten Horns a great listen. Benevento’s voice is one of the key components that drives the definition and roots of this band ; unique and singular. With a heavy dose of ethnic elements, this pillar is one of the signatures demonstrated while listening to any The Foreshadowing tune. The sound is a blend of sub-genres, unique with ambiance and texture, but it is all too familiar for The Foreshadowing enthusiasts. A non-Doom fan could certainly lose interest upon first listen, but if they allow themselves to become accustoming to the style and listen again to comprehend the complexity of this music, they will no doubt hear the brilliance.

The Foreshadowing continues to create music that is a pleasant mix of a multitude of styles. One of the strengths of The Foreshadowing’s music is truly to be not modern and not sound old at the same time. The best way to describe it, they create timeless music. While heavy and electrified, the sounds of Seven Heads Ten Horns truly come directly from a Middle Age period – crushingly, devastatingly, and beautifully. As promised, the nine tracks of Seven Heads Ten Horns takes listeners on an abyssal journey in the Medieval past, making it a must listen for Doom and Gothic Metal lovers. CrypticRock gives this album 3.5 out of 5 stars. 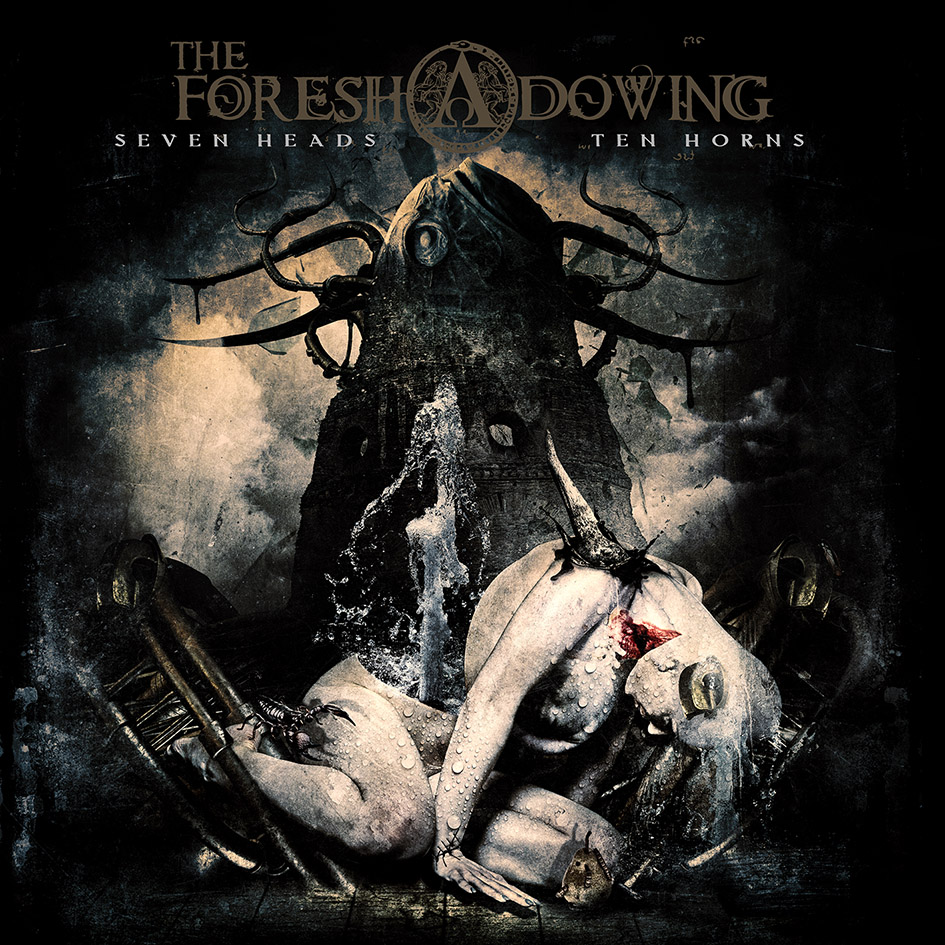