It has been twenty years since Universal Pictures distributed now-cult-classic Horror Comedy The Frighteners to audiences. Originally slated for a Halloween, 1996 release, Universal moved the date up by four months, to July 19th, competing against box office juggernaut Independence Day. That said, The Frighteners sadly did not stand toe to toe with the aforementioned summertime blockbuster, and was considered an overall disappointment at the box office. Nonetheless, it was received extremely positively by critics and fans alike, earning it a much deserved retrospective look two decades later. 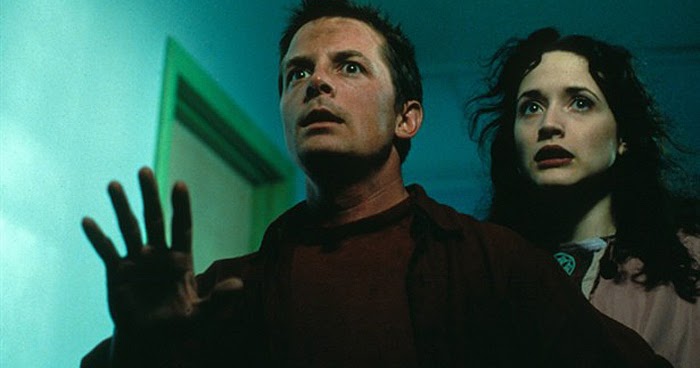 Michael J. Fox (Back to the Future series, Family Ties TV series) stars as former Architect turned Con-Man Paranormal Investigator, Frank Bannister. He has a team of three ghosts (the frighteners) that create havoc, and thus business, as his life has become a stagnant quagmire of manic depression since the death of his wife, five years earlier. His faux investigations lead him to a real supernatural mystery, where Sociopath Ghost Johnny Bartlett (Jake Busey: PCU 1994, From Dusk to Dawn TV series) and his deranged, still living girlfriend Patricia Bradley (Dee Wallace: The Hills Have Eyes 1977, Halloween 2007), are continuing a decades long murder spree. Bartlett disguises himself as the Grim Reaper as he notches up kills, with the intention of ‘beating’ a variety of famous mass-murderers. When he and Patricia target Bannister’s new love interest, Dr. Lucy Lynskey (Trini Alvarado: Little Women 1994, Paulie 1998), Bannister does everything in his power to keep her alive, while she does everything in her power to drag him out of his personal Hell. Scares and hijink ensue. This was Fox’s last big-screen role, though he had a successful run on the television series Spin City afterward.

Every character in the film is delightfully eccentric, seeming to pull influence from characters like Doc Brown in 1986’s Back to the Future and Michael Keaton in 1988’s Beetlejuice, among others. Some of the actors, even as side characters, were well-known, but many have since risen to stardom. John Astin, former suave patriarch of The Addams Family, is magnificent in his role as decayed old gunslinger, The Judge. He blasts off in delightful tangents of friendly fire and dry-humping ancient mummies. Chi McBride (Hoodlum 1997,  House TV series) plays a 1970’s gangster, forever doomed to wear an earth-tone disco suit. You can hear him now as the present-day voice of Nick Fury in many of Marvel’s animated television shows. Even Jim Fyfe (Dark Shadows TV series, The X-Files TV series), who plays the third ghost, a 1950’s hapless nerd, is entertaining – and should be, since he is now a producer on The Late Show with Stephen Colbert. 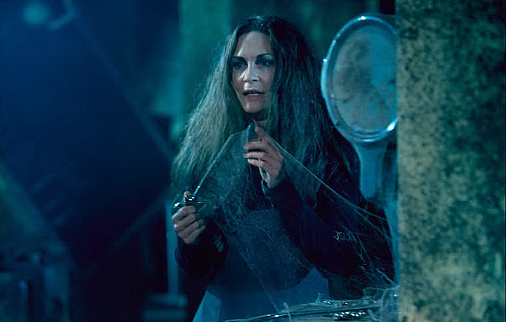 One of the top performances of the film is delivered by veteran Actor Jeffrey Combs (Re-Animator 1985, From Beyond 1986), as much-disturbed FBI agent Milton Dammers. From sustaining mutilations in undercover cult assignments, to throwing up when women yell around him, he twitches (with finesse) his way through the movie in an absurd vendetta against Fox’s Bannister. He overplays the comedy of the character in a way that does not pull the audience away from their suspension of disbelief, yet also manages to blend in creepy tics and pathological obsession. It is comparable to Bruce Campbell in, well, pretty much anything. Other notable roles include Peter Dobson (Forrest Gump 1994, Fatal Instinct 2014) as Lucy’s short-lived husband Ray, Julianna McCarthy (Starship Troopers 1997, The Young and the Restless TV series) as Patricia’s warden-mother, Troy Evans (Tales from the Crypt TV series, ER TV series) as Sheriff Walt Perry, and omnicast drill instructor R. Lee Ermey (Full Metal Jacket 1987, Se7ev 1995) as graveyard overseer Sergeant Hiles – ordering the dead back to the trenches.

When diving into the background of The Frighteners, viewers will find a rich tapestry of film history (and seven degrees of separation) that led to many present day blockbusters and household names. Director/Producer/Co-writer Peter Jackson has always been passionate about showing the world New Zealand can compare to Hollywood when it comes to making films. Universal granted him permission to shoot there, as long as he made it look like the American Mid-West. Requiring more digital effects than almost any film up to that time, Jackson used his own, fledgling company WETA Digital to produce the shots. Even at its 18 month completion schedule, one of the longest ever granted by Universal, Richard Taylor and WETA (later of Lord of the Rings fame) were hard-pressed to do it all. Jackson was adamant about keeping the work in New Zealand, so after being impressed with a rough cut of the film, Universal advanced him an extra $6 million and moved the release of the film up by four months. Some computers and animators had to be borrowed from the U.S. in order to finish on time. Andrew Adamson, before his gigs as Writer/Director/Producer of several Shrek and Narnia films, was also hired in the role of digital effects supervisor. Danny Elfman composed the soundtrack for the film, adding his unique flair to yet another offbeat story.

It is impressive, in many ways, just how far everyone from the film has come since. Peter Jackson and Fran Walsh co-wrote the script after their success with Heavenly Creatures, with Jackson also directing and producing. Legendary Filmmaker Robert Zemeckis executive produced, though he had originally meant to direct the film as a spin-off from Tales from the Crypt. Jackson and Walsh catapulted to fame afterward by adapting the acclaimed Lord of the Rings trilogy for film. In addition, due to his treatment of The Frighteners, Universal granted Jackson the rights to move forward with his beloved remake of King Kong, released in 2005. 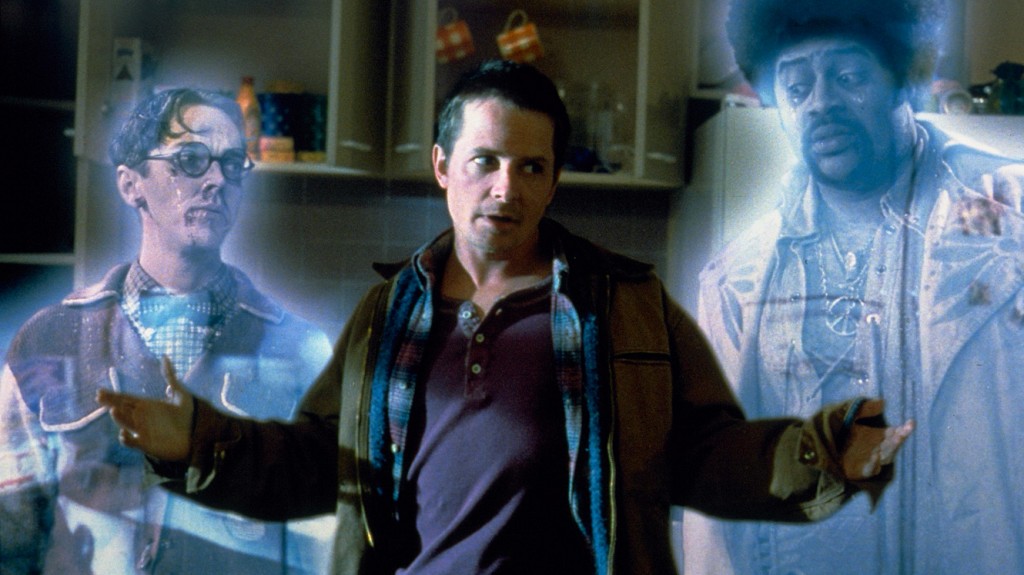 Overall, The Frighteners often feels like a hybrid combination of Jackson, Zemeckis, and Burton, with a fusion of late ’80s and early ’90s films that aimed more to entertain than offer a story with depth and solid continuity. Even so, Jackson and Walsh wrote a cohesive plot that was easy to follow and transitioned well from one scene to the next. Unfortunately, the film performed poorly at the box office. Part of the reason was competing with blockbusters, but according to various reports and Jackson, Universal’s poor marketing strategies also contributed heavily to the lack of interest. Regardless, one cannot help but wonder, in hindsight, if the original Halloween release would have been exponentially more successful. Criticism of the film has been mixed, but as of today, critics have given the film a 64% “Fresh” rating on Rotten Tomatoes, with a 71% audience score.

As a twenty year old film, The Frighteners continues to creep, charm, and entertain. It holds up against modern films, with much of the credit going to Jackson and WETA’s effects teams for utilizing cutting-edge techniques for the time. The plot is campy and overdone, but the quirky characters, whimsical charm, and unique tone all offer the viewer an amusing, fright-filled jaunt through the paranormal, making it a fun watch all these years later. 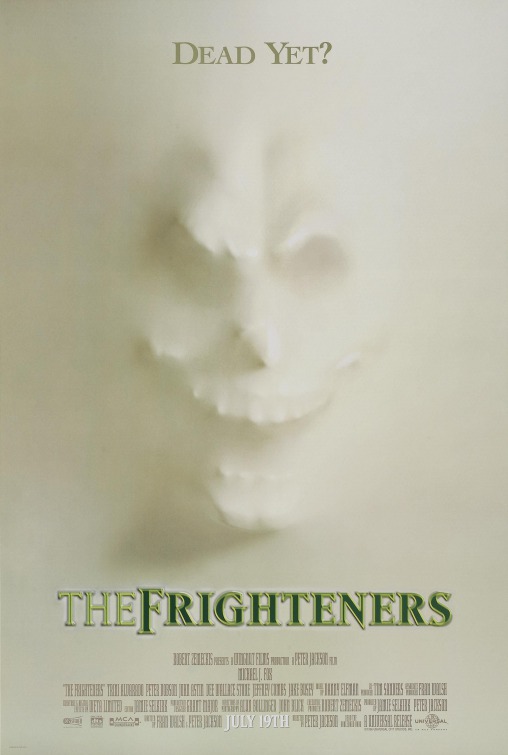 Purchase The Frighteners on Blu-ray/DVD on Amazon