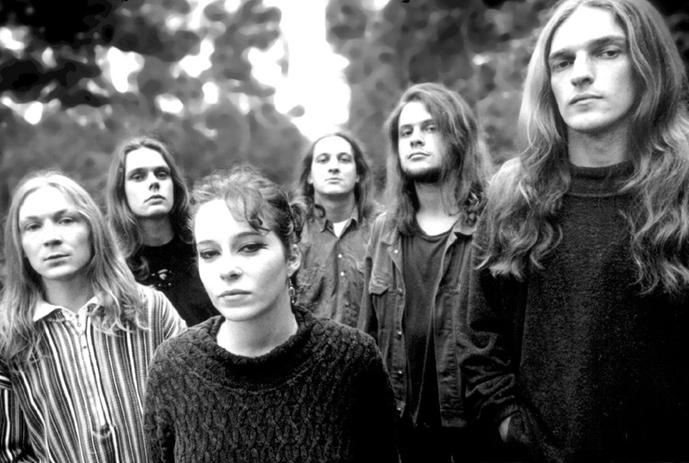 It is an incredible time to be a fan of Heavy Metal and all of its many offshoots. New music is everywhere, thanks to technology that makes it so easy to pluck from the ether and plop between one’s rapacious ears. Even more fascinating? We are sitting in 2015 upon a heap of years that have seen more change in the expression of rock-n-roll than at any other time in music’s history. Looking back to 1995, one can spy through the prism of time a decade rife with changes, where traditional heavy metal underwent a glorious metamorphosis that has since given fans so much to savor. Nowhere was this change more evident than in Europe, where boundless creativity clamored in droves for avenues of escape. The record label Century Media Records, with its matchless clairvoyance, brought many of these bands out of the kaleidoscope of obscurity and into sharp focus for the rest of the world. One of the most transcendent of these nascent acts was The Gathering. Hailing from the Netherlands, from where comparably fewer bands of the era sprouted, the band was the creation of brothers Hans and René Rutten. Playing drums and guitar respectively, the band also featured Frank Boeijen on keyboards and Hugo Prinsen Geerligs on bass guitar.

As with many bands of the era, The Gathering had their roots in the murky crucible of thrashy Death Metal so common to both the times and the region. Unsurprisingly, this would not sustain their interest. Having toyed with including a female vocalist among their ranks, they soon chanced upon Anneke Van Giersbergen, a young, up-and-coming vocalist whose enchanting voice would become the center of their sound, ultimately coming to define it. With this lineup intact, the band set about writing the album that became Mandylion, which Century Media released on August 22nd, 1995. A transition album if there ever was one, Mandylion brought gloomy heavy metal into the gorgeous folds of Anneke’s voice. The combination yielded an emotive brand of dreamy rock music that would see the single “Strange Machines” peak at #20 in the Dutch Album Chart. The album featured Jelmer Wiersma on guitar; he would join The Gathering for both Mandylion and its follow-up, Nighttime Birds (1997).

Mandylion, which was recorded and mixed at Woodhouse Studios in Germany under the tutelage of Siggi Bemm and Waldemar Sorychta, would go on to shift tens of thousands of copies worldwide. It began with the aforesaid “Strange Machines,” a song of the more straightforward variety, and something the band would produce less and less of as the years went on. Gothic rock that nevertheless was pleasingly heavy in the riff department, Anneke’s voice was a seamless clarion call of almost Power Metal range and caliber. A live staple, the song began the album with a more light-hearted rumination on time travel, the atmospheric keyboards elevating the rocking riffs into an epic tune so evocative of the material the mid t0 late ’90s was known for; think Tiamat, Rotting Christ, Moonspell, Samael – the delectable sounds fans of the era came to love and cherish.

Well, so much for light-hearted adventurousness. What followed with “Eleanor” was the gravitas of love and loss, so wonderfully executed in this song that it is arguably the lachrymose gem of a goth-heavy era that was rife with such fare. The somber keyboard intro, giving way to the pure pain of that three-note bass guitar phrasing, and buoyed by feather-light riffs, tugged on heartstrings in boys and girls alike. It rocks, though; make no mistake. Anneke scorns back the love who has scorned her, mourning the loss of a love with poetic grandeur: “The quicksand of life drags us down into the circle…one day…one day…..we might not catch up.” A mid-section populated by riffs and leads and a build-up of tension gives way to an almost rollicking keyboard / guitar give and take. The brief keyboard solo at 5:12 shows a Neo-Classical fare, bounding right into an instrumental break whose double bass drum and underbelly of riffing shows the Gathering balanced on that knife edge between the emotive Alt-rockers they were becoming and the whip-hair headbanging origins from which they emerged.

“In Motion #1” continues the heartbreak. Anneke’s voice soars as Boeijen’s keys prance over a goth-rock melody. It is the chorus of this one, though, where one can basically watch Anneke’s bright, bright star being birthed out of this velvety nebula of sound. It’s impossible not to be moved by her buoyancy and transported by the wondrous keys and the classic rock bass tone on Geerligs’ four-string. Unhindered by a lovely guitar solo, the song makes for an opening trio of timeless classics. If band and label didn’t know they immediately had a gem, it could not have been long before it dawned on them. That chorus, the sheer power of it . . . good luck finding a vocal performance as dominant. “Leaves” was more of the same. Dreamy, yearning in its airy darkness, Anneke delivers a nuanced performance featuring some quieter moments among the almost stadium-rock moments. “Fear the Sea” is a bit more of a progressive, uplifting, and guitar driven number. Perhaps an infant Nightwish was listening to this one, paying attention to how to flit a female voice in and out of some hard rocking arrangements and heavier moments.

Trippy and unique, the experimental title track is an ambient diversion into Dead Can Dance territory with its use of drum-circle atmospheres and dreaming, New Wave keyboards. It sets the table for the colossus of the album, the magnificent vessel of sonic melancholy known as “Sand And Mercury.” An ode to mortality, this track explores death, however not in the usual ‘dying alone’ vein that most metal bands seem to focus on, but from the perspective of a loved one going through the torment of loss in the presence of said loved one. The piano-accompanied intro gets overrun by a wash of feedback, low in the mix, before the main riff idea is played through at around the 1:18 mark. So emotive is the layout of the song, one must feel a sense of awe that half a dozen people in a studio could capture the zeitgeist of human death so flawlessly. The song needs no words, yet in its latter half we are graced by the lonely warble of Anneke Van Giersbergen, who induces the soft release of tears with her plaintive yearning for the touch of a loved one. “My dear….you are losing me now….” As trippy as Pink Floyd, as bleak as Portishead, and as enriching and wonderful as The Gathering, Anneke, so early in her career yet so amazing in delivery, adroitly maneuvers up and down the scale of sound. The Gathering hit a grand slam in the bottom of the ninth with this one, and 20 years later it has lost none of its potency. It ends with a fragment of a J.R.R. Tolkein speech, taken from Simone De Beauvoir, about man and mortality and death. “In Motion #2” is a gorgeous denouement to this utter climax of a song. Anneke and her band mates seem to have no end to their ability to construct emotionally harrowing song structures.

In the twenty years since its release, The Gathering have not stayed still. Bands of this caliber rarely do. Through it all, Mandylion stands as a monument to emotive, Gothic influenced Metal, the power and effectiveness of which remains as strong today as it was in 1995. No fan of music with feeling should let this genre defining masterpiece pass them by. 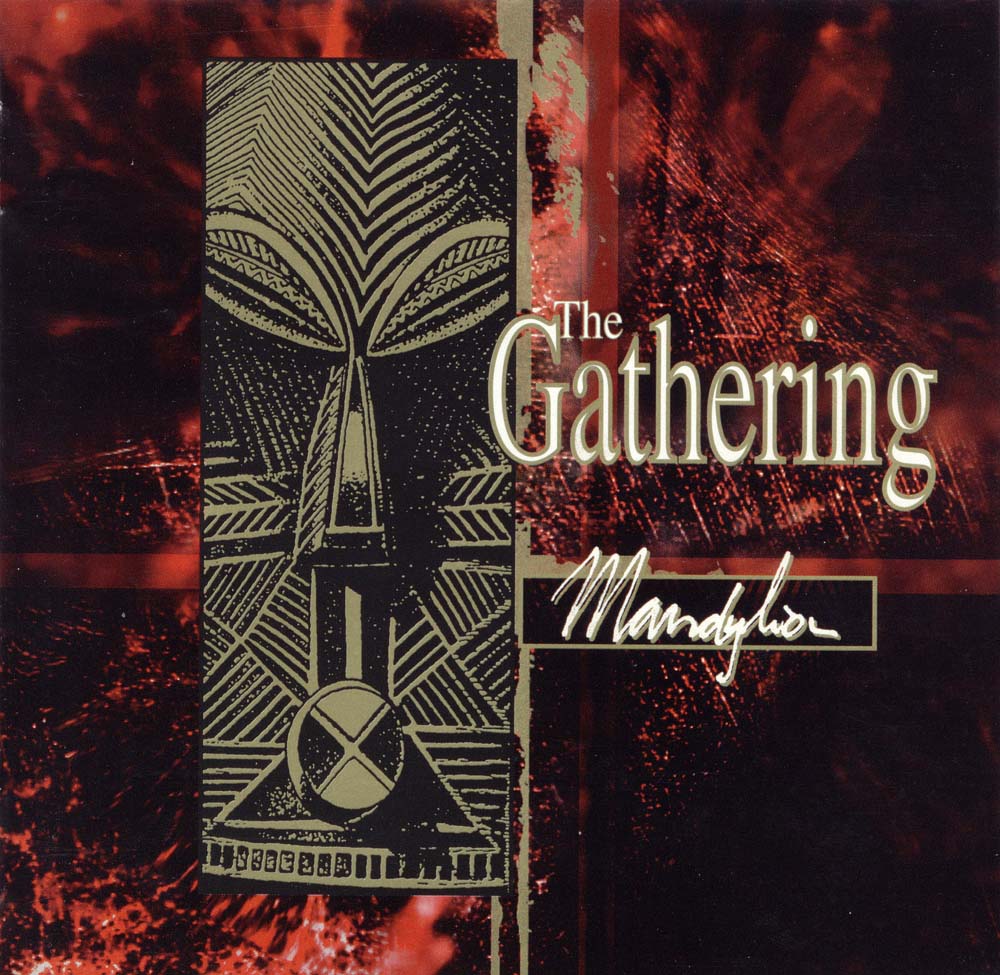