The Girl in the Photographs (Movie Review)

A good stalker movie never disappoints when it is intense from beginning to end. Unfortunately, Nick Simon’s (Removal 2010, The Pyramid 2014) The Girl in the Photographs sustains a great run throughout its initial ninety-five minutes, but falls short in the last two. Executively produced by the late Wes Craven (A Nightmare on Elm Street 1984, Scream 1996), The Girl in the Photographs garners a list of great writers, including newcomer Robert Morast and Osgood Perkins (Cold Comes the Night 2013, The Blackcoat’s Daughter 2015), as well as a decent ensemble of actors. Most notably, the cast includes Kal Penn (Harold & Kumar Go to White Castle 2004, Superman Returns 2006) as Peter, the sleazy photographer, Claudia Lee (Kick-Ass 2 2013, Girl Meets World 2016) as Colleen, Kenny Wormald (Footloose 2011, Kid Cannabis 2014) as Chris, Luke Baines (Saving Mr. Banks 2013, As Night Comes 2014) as Tom, Miranda Rae Mayo (Pretty Little Liars 2010, Blood & Oil 2015) as Rose, and Toby Hemingway (The Covenant 2006, In Time 2011) as Ben, just to name a few. Rated R, The Girl in the Photographs had a limited release on April 1, 2016 through VOD and will be available to rent or own on DVD on June 28, 2016. 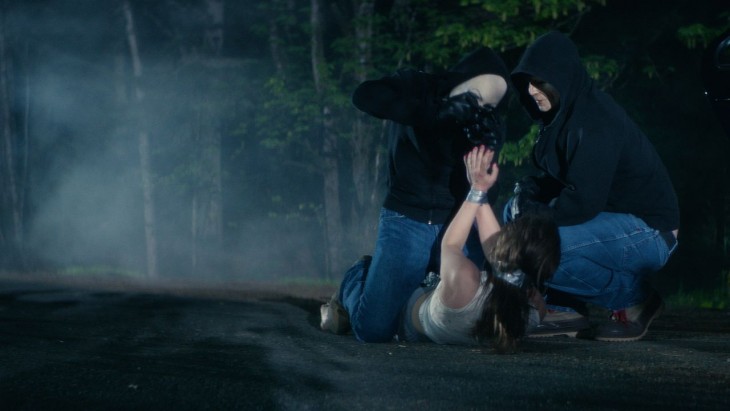 Colleen is a regular girl next door who works for the town of Spearfish’s grocery store. She starts getting these anonymous pictures of a mutilated girl who is positioned in a specific way. When the police are unable to help her, she dismisses the whole thing; that is, until she gets yet another picture of another mutilated girl on a new location. After the first murder is revealed, we see how Tom the serial killer, along with his partner Gerry, kidnap Colleen’s friend Jill in an attempt to gather Colleen’s full attention via text messaging. Tom seems to be suffering from narcissism with a loss of reality and Gerry believes that making Tom happy is the only thing worth living for in this life; needless to say, together they make an odd serial killing couple. 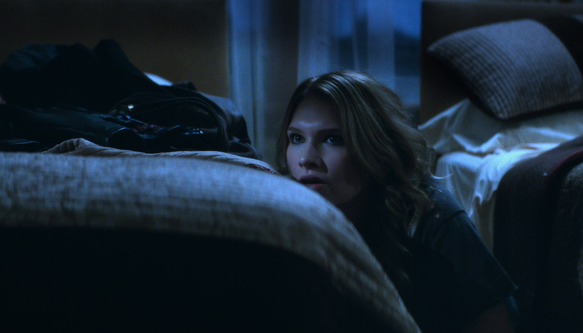 On the other side of the country, famous photographer Peter Hemmings sees the opportunity of a lifetime that could bring him back into the spotlight; stealing the killer’s idea and taking pictures of models posing dead. Peter quickly flies away to the town of Spearfish to investigate further into these tragic, but monetary occurrences. Peter’s girlfriend Rose, his manager Chris, and a couple of models named Victoria and Trip accompany Peter to help set the opportunity of a lifetime. One thing leads to another and the hunger party drives the group into the grocery story Colleen works at; it is at that moment Colleen’s and Chris’s eyes interlock.

When Peter offers Colleen a job back in Los Angeles as a way to escape her inevitable death, Colleen accepts, so they all go back to Peter’s mansion to spend their last night in Spearfish together where it is safe, or so they thought. At the mansion, Tom and his sidekick serial killer Gerry, make their presence known by gutting and stabbing the two models that were having sex. One by one, they all start dying, but Tom has only one person in mind – Colleen. Will Tom get away with hurting Colleen? Or will she outsmart him and turn the tables on him? The anticlimactic ending leaves audiences wondering how things really turned out, although it did force the watcher to draw their own conclusions and left things open with a cliffhanger for a sequel. 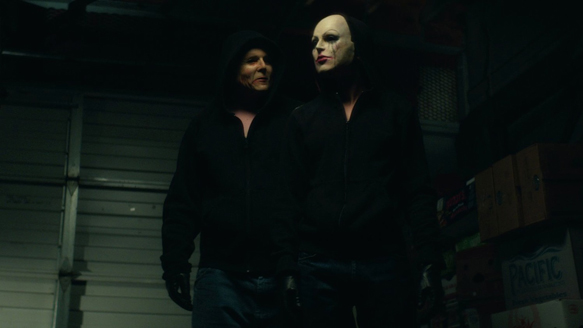 Typically, when fans see that Wes Craven produced a movie, they jump up and down with joy, thinking that it will definitely be a good one; unfortunately, this was not the case with The Girl in the Photographs. Movie lovers like the hype a great film builds because they expect an even better ending. To many, this ending was well received, while to others, it was a disappointment. It is never a good idea to have the audience build up excitement and hold disbelief to finish up with a simple ending. The entire movie was ok compared to others and it actually excelled at some points. But it was mostly dragged out, used too much long, unnecessary dialogue, and made the main character very one dimensional, bringing The Girl in the Photographs two bars lower.

The fact that Craven produced it was not enough reason to save this film, but there certainly are worse Horror flicks out there. Not to say it was a total loss, because it did have its moments, but people watch movies expecting more than what they see and sometimes the end does not justify the means. The photography is average and the character development is good at its best. People should watch this movie if they love a good serial killer flick, but do not expect much towards the end. CrypticRock gives The Girl in the Photographs 2.5 out of 5 stars. 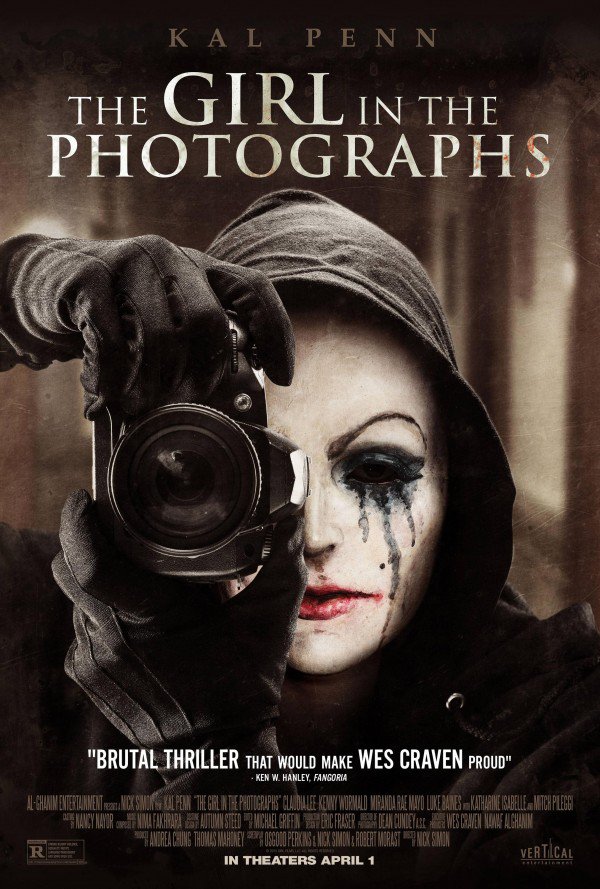 Preorder The Girl in the Photographs on DVD on Amazon