There are still a few modern filmmakers that make viewers feel as if they are watching a retro Hollywood film, regardless of an A-list cast and big budget. Undoubtedly, Director Quentin Tarantino is one of those filmmakers. His love of older film and television, with an emphasis on Westerns, is evident throughout all of his work. This passion was certainly evident in Tarantino’s previous two films, Django Unchained (2012) and Inglourious Basterds (2009). Both were period pieces that featured extreme violence and bigotry, to a point of making viewers feel uncomfortable while remaining highly entertained. Following in their controversial footsteps is Hateful Eight, widely released by The Weinstein Company on December 25, 2015. Helping achieve the “old Hollywood” feel, the movie was shot on 70mm film, making The Hateful Eight the widest release in 70mm in over twenty years. 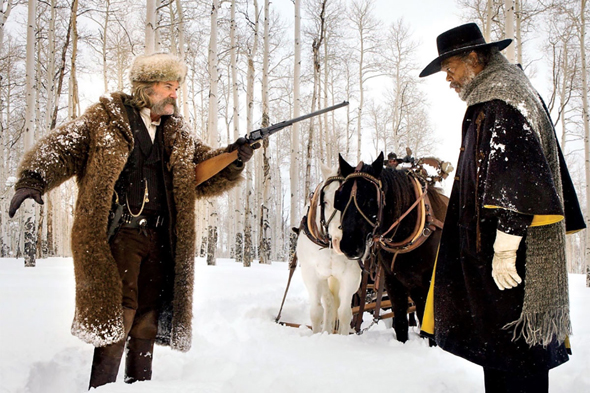 Several years after the Civil War, in the snowy mountains of Wyoming, a bounty hunter, John Ruth (Kurt Russell: The Thing 1982, Grindhouse 2007) is escorting a fugitive, Daisy Domergue (Jennifer Jason Leigh: Fast Times at Ridgemont High 1982, Dolores Claiborne 1995), to her hanging in the fictional town of Red Rock. Along his journey in a private stagecoach, driven by O.B. Jackson (James Parks: Grindhouse 2007, True Blood 2008-2011), Ruth happens to encounter two men without transportation who need a ride, for seemingly different reasons. The first is Major Marquis Warren (Samuel L. Jackson: Django Unchained 2012, The Avengers 2012), a fellow bounty hunter with a few dead bodies to turn in for pay. Unlike Major Warren, Ruth keeps his prisoners alive so he can watch them hang, earning him the infamous title ‘The Hangman.’ As Major Warren explains, “When John Ruth ‘The Hangman’ catches you… You hang!” The second man in need is Red Rock’s newly appointed Sheriff, Chris Mannix (Walton Goggins: Django Unchained 2012, Sons of Anarchy 2012-2014). It seems that all three men have reputations due to their actions, or their family’s actions, during and after the war. Ruth is very uneasy about having company, considering the large bounty on Daisy’s head that he intends to claim, but allows them to ride due to a blizzard. With the conditions getting too harsh to continue, O.B. decides to take shelter at a lodge called Minnie’s Haberdashery, ran by Minnie Mink (Dana Gourrier: Django Unchained 2012, American Horror Story 2013).

Upon arrival, a man named Bob (Demián Bichir: Weeds 2008-2010, Savages 2012) explains that Minnie left him in charge while she is away visiting her mother. Although this is a bit strange to Major Warren for a variety of reasons, he lets it be. Other guests of the lodge include a cowboy named Joe Gage (Michael Madsen: Kill Bill 2003/2004, Reservoir Dogs 1992), Red Rock hangman Oswaldo Mobray (Tim Roth: Reservoir Dogs 1992, Funny Games 2007), and former Confederate General Sanford Smithers (Bruce Dern: Django Unchained 2012, The ‘Burbs 1989). Ruth is instantly on guard, worried that any of the men are plotting to free Daisy. While waiting for the storm to blow over, suspicions arise, revenge is sought, and much blood is shed. 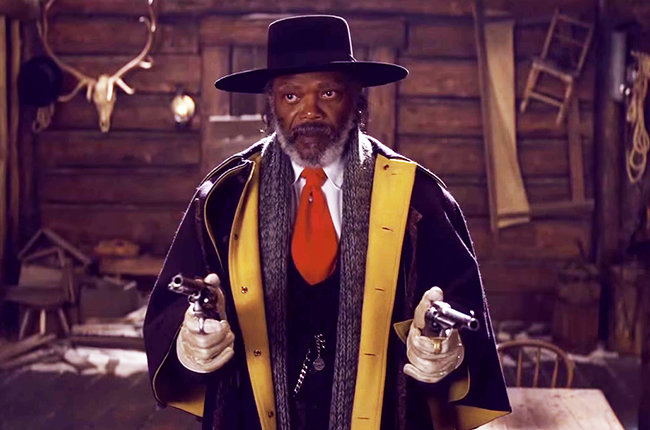 While anyone attending a Tarantino film can expect no shortage of violence, seeing Daisy Domergue beaten until she is bloody is incredibly shocking. Daisy takes a beating several times, mostly for her foul mouth. While the character is a hateful murderer, it is hard not to feel sympathy at times, especially while she is helplessly handcuffed to Ruth and struck. Jennifer Jason Leigh played her role extremely well and literally rolled with the punches, while maintaining humor. Another Tarantino trademark is the use of racist language, which was heavily woven in throughout the entire script. It was reminiscent of Django Unchained and mostly aimed at Samuel L. Jackson’s character. Never one to shy away from controversy, Tarantino ensured that audience members will be awkwardly shifting in their seats, even in their own homes.

The majority of the cast, including Kurt Russell, Samuel L. Jackson, Michael Madsen, Tim Roth, Zoë Bell, and Dana Gourrier, have been in past Tarantino films. These actors execute his vision remarkably well time and time again, so it is no surprise that they are brought back. A couple of the Tarantino first-timers are Jennifer Jason Leigh and, surprisingly, Channing Tatum (Magic Mike 2012, Jupiter Ascending 2015). While Tatum is not exactly known for villainous roles and does not have a lot of screen time, his character is still vital to the plot and he fits in quite well. Seeing him in a more heinous role was refreshing. 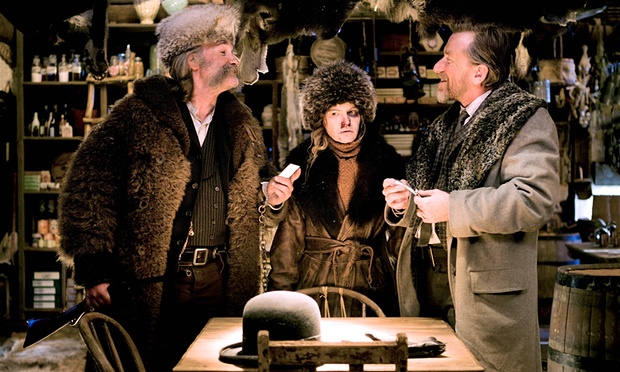 Although the film was set in smaller area, this does not hinder the action or characters in any way. It only adds to the chaos and intensity. The Hateful Eight has elements of humor, Thriller, Western, mystery and revenge all wrapped together in one hell of a package. CrypticRock gives The Hateful Eight 4.5 out of 5 stars. 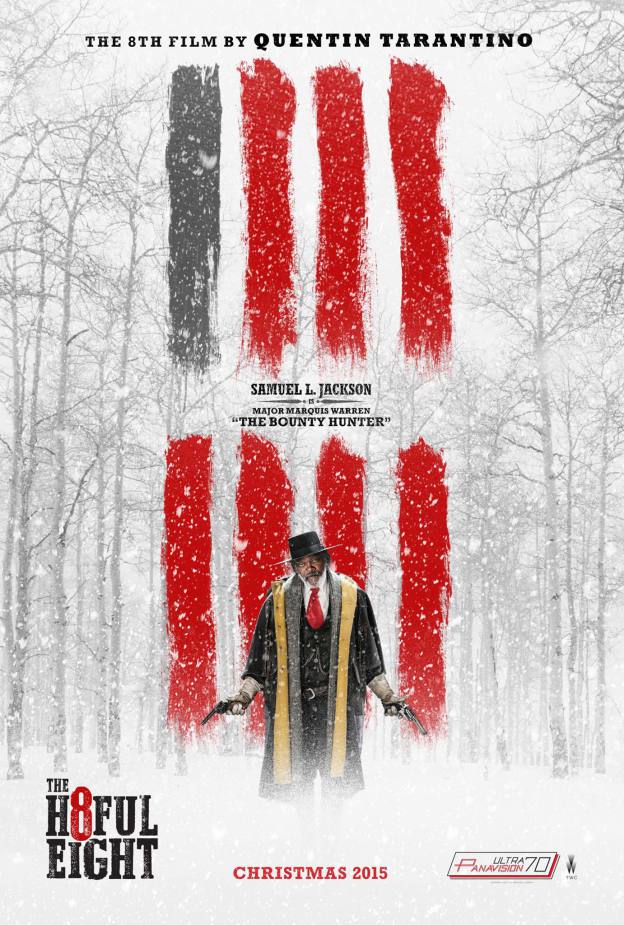