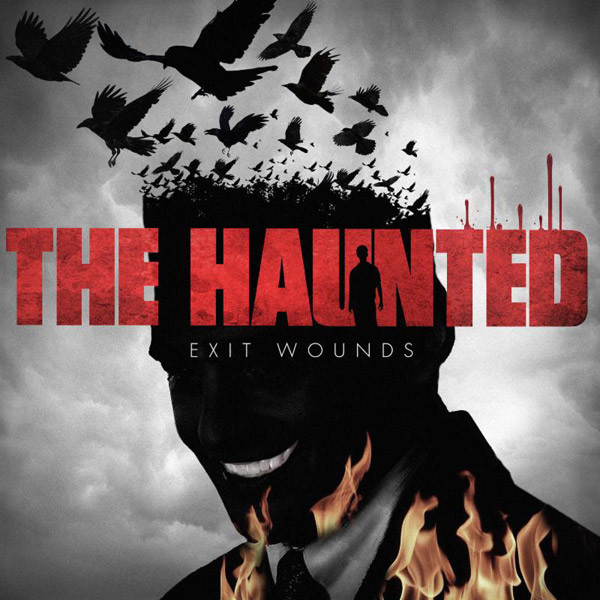 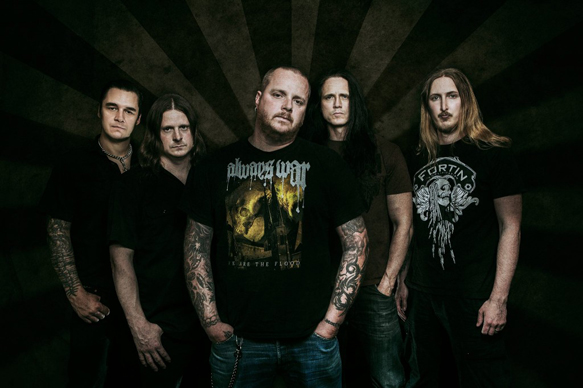 Since their formation back in 1996, The Haunted often was designated as the follow-up band of Swedish Melodic Death Metal pioneers At The Gates, when drummer Adrian Erlandsson and Patrik Jensen (Witchery, Ex-Seance) came together. Followed by At The Gates guitarist Anders Björler and singer Peter Dolving (Mary Beats Jane), the band was soon signed by Earache Records and released their self-titled debut in 1998. Through the following years, the band’s popularity was growing steadily due to chart-entries in Sweden, Metal-awards, and massive worldwide touring.  While the line-up-carousel has rotated permanently on several chairs, their latest line-up consists of mainstays Jensen (guitar), Jonas Björler (bass), Erlandsson (drums), along with Ola Englund (guitar) and Marco Aro (vocals) returning in 2013 after a ten year break.  Armed with a new lineup, The Haunted returned in August of 2014 with their eighth studio album titled Exit Wounds.  Marking the debut album with Englund on lead guitar and Aro on vocals for the first time since 2003’s One Kill Wonder, Exit Wounds was a highly anticipated release which in exchange has become The Haunted’s most successful album in North America since 2006’s The Dead Eye.

Exit Wounds rotates on a high-speed level with rage in the musicians’ stomachs and one neck-breaker after another. Starting with the instrumental intro “317,” the album quickly proceeds into the blast-beat-pregnant “Cutting Teeth,” where The Haunted make a very clear statement where the journey of this album will go, and that is pure annihilation of the audience. Mixing the ferocity of most of the songs with a few anthem-like mid tempo pieces such as “Time (Will Not Heal)” and “Trend Killer,” which features a guest appearance of Testament’s Chuck Billy, the band brew a recipe that will have listeners’ heads snapping back as if they were in car cash quickly halting at one-hundred miles per hour.  While the intensity is thick and well-executed, it would have been very becoming to Exit Wounds if the throttle and guitar riffing could have been slightly more varied on some more songs. That argument aside, it appears The Haunted set out to write this kind of extreme record from the start judging by its relentless nature. In the end, tracks like “Psychonaut,” “My Enemy,” “Kill The Light,” and “Temptation” are extremely strong pieces, but make the album easy to measure without many surprises.  However, showing their ability to divert, Southern Metal/Rock song “All I Have” is a pleasant exception from the consistent thrashing endured through the forty-four minute plus running time of Exit Wounds.

Many fans of Extreme Metal will celebrate Exit Wounds as apparentness of a modern version of old roots, while other whom admired the innovating of 2011’s Unseen may be slightly thrown off by the high speed Thrash Metal this release offers.  Nonetheless, The Haunted offer a solid Thrash album, crossing the line with Death Metal, with superb technical skills which will find a great deal of love from fans of the genre. CrypticRock gives Exit Wounds 3.5 out of 5 stars.

Muppets Haunted Mansion (TV Special Review) Candlebox – Wolves (Album Review)
Like the in-depth, diverse coverage of Cryptic Rock? Help us in support to keep the magazine going strong for years to come with a small donation.