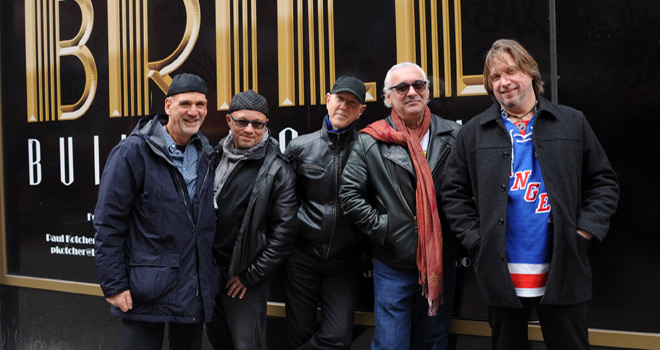 Behind every great band there are those who are a part of the magic, but just not in the spotlight. This has been the case many times with live musicians and studio musicians. There was The Funk Brothers, the uncredited and largely unheralded studio musicians behind most of the Motown classics we know and love, and there are others such as the members that make up The Hit Men.

Passionate about music, The Hit Men have been together since 2010, and in that time, have played many shows together to critical acclaim. Now capturing the energy and musicianship on tape, they put together their album Don’t Stop. Consisting of ten tracks, and released back on December 4, 2017 via The Hit Men Productions, it is a delightful listening experience from start to finish.

Now so many think, it’s a tribute album, right? Well, yes and no, because as mentioned, much of the material covered is that which the members of The Hit Men had been involved with in some shape or form through the years. So you get high quality renditions of classic Rock-n-Roll hits including The Who’s “Pinball Wizard,” Chuck Berry’s “Rock ‘n Roll Music,” Orleans’ “Dance With Me,” The Turtles’ “Happy Together,” Journey’s “Don’t Stop Believing,” Foreigner’s “I Want To Know What Love Is,” as well as a slew of favorite Frankie Valli and The Four Seasons’ cuts. All wonderful performed, the vocals are powerful, the instrumentation is crisp, tight, and full, but most of all, the energy is real.

All live recordings, there is a beautiful mix of precise playing and human feeling within each track. That said, one of the biggest standouts is arguably “Dance With Me” where the acoustics are breaktaking. Although, the fun is not limited just here. Additionally to it all, The Hit Men mix in a studio recorded original single of their own called “You Can’t Fight Love.” A delicate track, it builds slowly with keys, guitars, and drums before a wonderfully memorable chorus. It is a solid Classic Rock leaning track on the level of Toto or Journey, yet it is all the talents of The Hit Men.

Overall, Don’t Stop is a worthy addition to any Rock-n-Roll lovers collection. It has the hits, an ambience, top notch performances, and even a brand new song to give you an idea of how good these guys really are. For those compelled in checking out The Hit Men live, they have a slew of shows lined up over the next few months. Come out filled with curiosity and leave highly impressed with the experience. For these reasons, CrypticRock gives Don’t Stop 5 out of 5 stars. 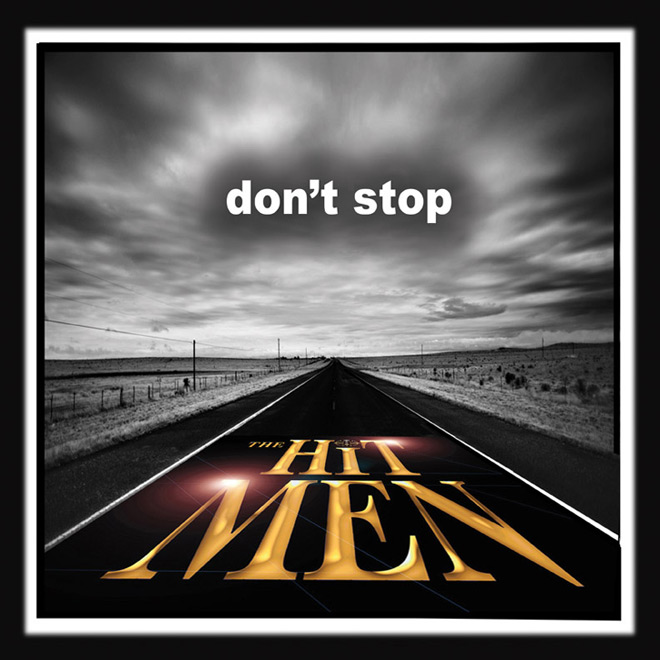