Even in modern times, there are a number of small towns in America which exist completely within their own environment. A consequence of this can be a town riddled with violence, drugs, and corruption. The Hollow is a compelling new Crime/Thriller approaching such topics. Written and directed by Miles Doleac (The Historian 2014, Two Birds 2016), he also stars as one of the film’s main antagonists, Deputy Ray Everett. Taking a chance, rather than chose a role where he is shown in a somewhat glorified homage, Doleac’s Everett is a decidedly unlikeable character. Released in theaters on October 7, 2016 via Uncork’d Entertainment, The Hollow begs to offer something different to cinema. 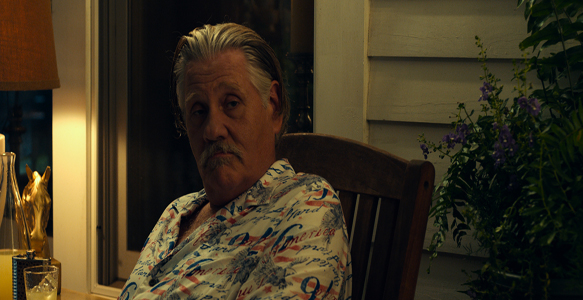 Filmed and set in Mississippi, life in this small town hides a number of dirty secrets. Deputy Everett (Doleac) works night shifts with partner Lucas McKinney (Joseph VanZandt: debut film). During the course of one regular patrol shift, Lucas goes on a coffee run, Ray sells drugs to regular customer Willie Joe Jefferson (Justin M. Boyd: Alzheimer’s Magic Mirror 2014, Confessions 2014) and engages in a sexual act with local high schooler Kami King (Portia Walls: Debut film). While Lucas does not actively participate in Ray’s sideline businesses, he does turn a blind eye. Later in the evening, while refueling the patrol car, a young couple, Lily Chase (Kelly Lind: The Iceman 2012, The Big Short 2015) and her fiancé Bryce (Garrett Hines: Green Lantern 2011, The Big Short 2015), ask Ray and Lucas for a nice place to camp the night, prior to them getting married tomorrow. Ray directs the couple to a place known locally as The Hollow. Unknown to Ray, Kami also goes to The Hollow for different reasons.

The next day, Ray, by his wife at home, receives a call from his boss, Sheriff Beau McKinney (William Sadler: Die Hard 2  1990, Tales From The Crypt: Demon Knight 1995); three people were killed the prior night at The Hollow, including Kami. Simultaneously, two FBI Agents, Vaughn Killinger (James Callis: Bridget Jones: The Edge of Reason 2014, Battlestar Galactica series) and partner Sarah Desoto (Christiane Seidel: Boardwalk Empire series, Godless 2017), are instructed to investigate the murder of Congressman Wilford Chase’s (Jim Gleason: The Butler 2013, Fantastic Four 2015) and daughter, Lily. They bring with them FBI Medical Examiner Jordan (Sara Minerd: Buffalo Kid 2013, Shooting Stars 2016), a prior relationship between Sarah and Vaughn and all of Vaughn’s own troubles. After being arrested for domestic violence against his wife, which caused him to lose custody of their son, Vaughn turned to alcoholism, but continues to work. This poses a number of its own problems when they arrive in town as it is a dry County. 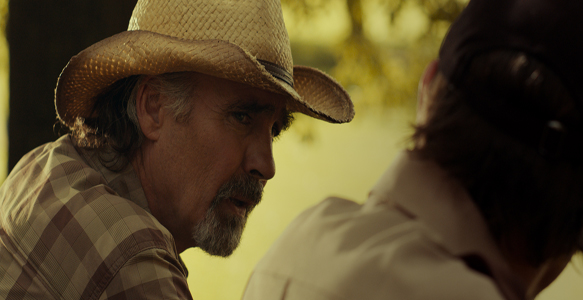 The FBI’s presence causes a great deal of problems for a number of locals, but mostly for Ray. Vaughn and Sarah waste no time turning over every stone they encounter to solve Lily’s murder. It does not take them long to discover Ray’s criminal links to the town, and how deeply those links go. As the investigation deepens, Ray’s wife also discovers the mess he has gotten himself in and demands he fixes it. Lucas stumbles along, ever watchful of Ray, though never directly involving himself in anything illegal.

The twisted mess leads Vaughn and Sarah down many turns, exposing deep dark secrets. The more they learn, the more Vaughn wants the real killer and the corrupt town brought to justice. This is complicated by a number of external factors, including Vaughn’s past and another huge one being local John Dawson (William Forsythe: The Devil’s Rejects 2005, Boardwalk Empire series); aka Big John is Ray’s and the town’s true boss. When John discovers Ray’s involvement with Kami, his grandson’s now dead girlfriend, and feels his grandson will be blamed, he insists Ray fixes things by implicating the High School Principal Adam Markey (David Warshofsky: Taken 2008, Captain Phillips 2013), whose illicit relationship with Kami and other girls makes him an obvious target. If Ray does not follow his orders, John will kill one of Ray’s children. This drives Ray to the brink and forces him to perform his own investigation and justice, beginning a series of events that will blow the town wide open once and for all. In the background is the infamous Hollow, which started the cataclysm. At the end, one things for sure, life in backwater Mississippi will never be the same again.

Appearances by the likes of Jeff Fahey (The Lawnmower Man 1992, Planet Terror 2007), as Darryl Everett, solidifies the gifted actors among the cast. That in mind, The Hollow is a character-driven film which focuses more on the effect of The Hollow rather than the mythical place itself. It is a tight, unique, and deep plot with more twists and turns than a viewer sees coming. It is an amazing story in many ways, but Doleac’s imagination knows no bounds. Each scene and character is well-paced and propels the plot forwards while at the same time opening up more about each character’s own conflicts, aims, and desires. 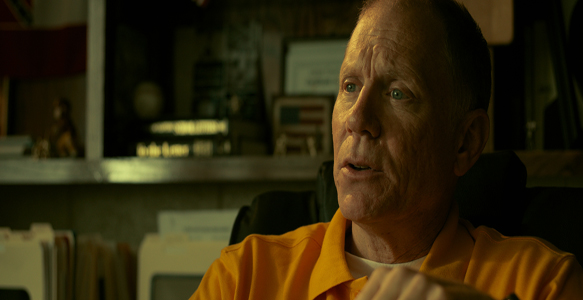 The gritty atmosphere created by Cinematographer Ben McBurnett (Nanuq 2011, Unexpected 2015) perfectly captures the Sodom-like town the story is set in. There are graphic sexual and violent scenes not suitable for some viewers, but they are well-placed and not unnecessary. Though The Hollow remains somewhat a mystery, which may frustrate some viewers, Doleac’s offering is definitely one to watch many times over. That said, he offers exciting hope to the future of Crime/Action genre films, making him a director worth keeping an eye on. CrypticRock.com gives The Hollow 5 out of 5 stars. 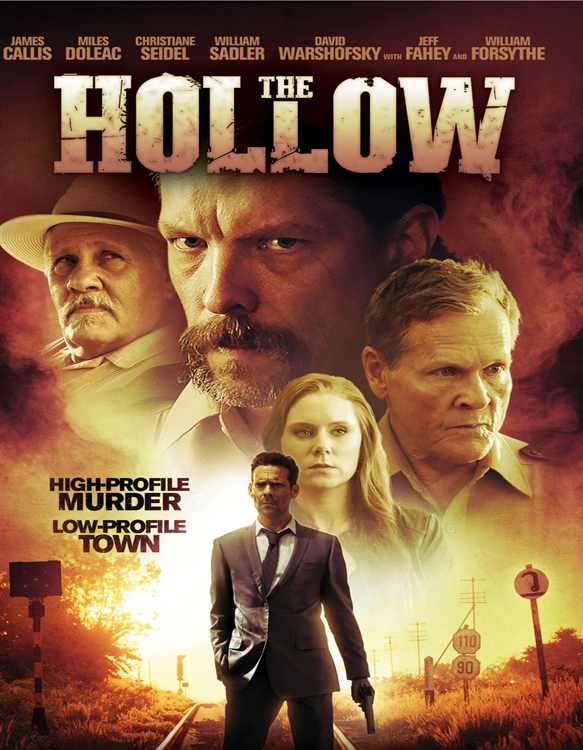 Purchase The Hollow on Amazon