Marking their debut release, Moondog Media released the film entitled The Horror on April 1st on digital VHX and limited edition VHS release. An indie production, The Horror was filmed in quiet, picturesque Bear Lake, Michigan and may catch many unsuspecting viewers by surprise. Written by Raymond Creamer (The Marriage Counsellor 2012), who also stars in the film, and directed by Jerry J. White III (The Marriage Counsellor 2012, Save Peter the Bunny 2010), The Horror’s storyline is told by both observational point of view, as well as Lost Footage, in modern times. With a tagline of “When Does It End,” it explores the damage that continues even after the horror. 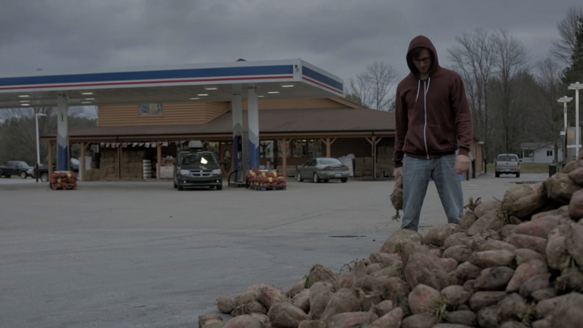 Prior to the moving beginning, there is a title sequence where a group of friends are trying to call forth the spirit of a woman who had lost her baby on the road side. After much joking around, they seem to have some success, and things do not go as planned. The film then begins telling the story of the Rademacher twins, Malcolm (Creamer) and Isabell (Callie Ott: The Complex 2015, Wtf! 2015), who have recently lost their parents in an accident. After their funeral, Isabell, Malcolm, Isabell’s boyfriend Christopher (Chris Oliver: How I Became the Devil 2013, NWA & Eazy-E: Kings of Compton 2015), and Malcolm’s girlfriend Annie (Lexi Moeller: Rumor from Ground Control 2016, The Woodsman 2016) travel to the Rademacher family Lake House to get things in order and close up the home.

The moment the group arrive, they sense a strange atmosphere, and later that night they are attacked by unseen assailants. This leaves a significant impact on the four, ending with Isabell seeing a psychiatrist, Kirsten Scheidler (Schell M. Peterson: Different Eye 2015, Boiling Pot 2015), at regular intervals. The story unfolds by showing Isabell’s sessions with Kirsten at the psychiatrist’s home, and Isabell’s recollections of the Lake House incident. 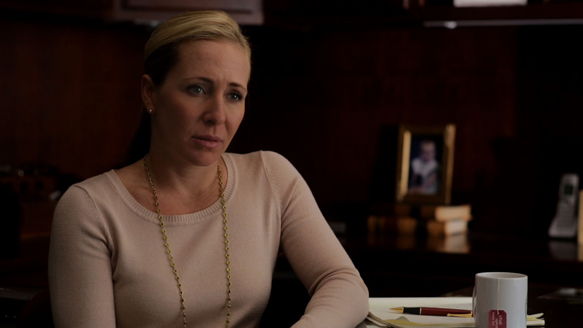 During the course of her sessions, it is revealed Malcolm was the most affected, becoming obsessed by the attack and permanently residing in the Lake House. His subsequent behavior concerns Isabell, and since that weekend, she and Chris, as well as Malcolm and Annie’s relationships deteriorate, leaving Isabell more troubled than before. It appears there is something dark and evil residing at the Lake House, wanting to spread as far as possible. As Isabell’s story unfolds, Kirsten begins to believe there is something not right about the house. When that evil inflicts itself upon her, she realizes the horrific truth, leaving her and her family exposed.

With a running time of eighty minutes, shorter than the usual film, The Horror packs in a lot of action. The Horror is well acted with a tight script with plenty of well thought out twists and turns. Creamer proves he is multitalented by not only writing but staring in his first feature film, and being involved in other aspects of the movie’s production. While the beginning sequence is well filmed, and acted, it seems out of place with the rest of the story, and once the movie starts, jerks the viewer out off the roadside with ghosts into a psychiatrist’s life and office. All the pieces of the puzzle fall together in the end, likening itself to films such as Home Invasion (2016), and The Strangers (2008), and psychological aspects of Julia X (2011). The cinematography by Tristan Noelle, who has worked on such films as Guardians of the Galaxy (2014) and Jurassic World (2015), is superb, showcasing his excellent skill. 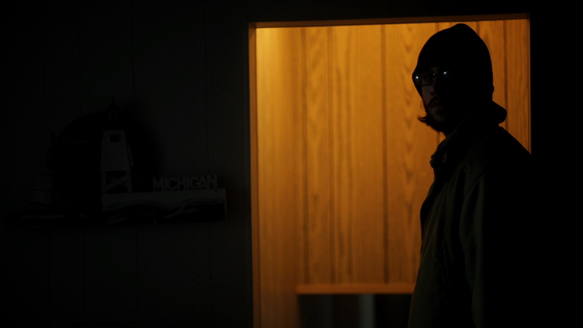 Moondog Media, White III and the crew have done a fine job with The Horror as their debut feature film, showing promise for future endeavors. The film is available for purchase via the Moondog Media website, where viewers can also learn about the company and their past and future projects. A must watch for all Horror fans, CrypticRock.com gives The Horror 4 out of 5 stars. 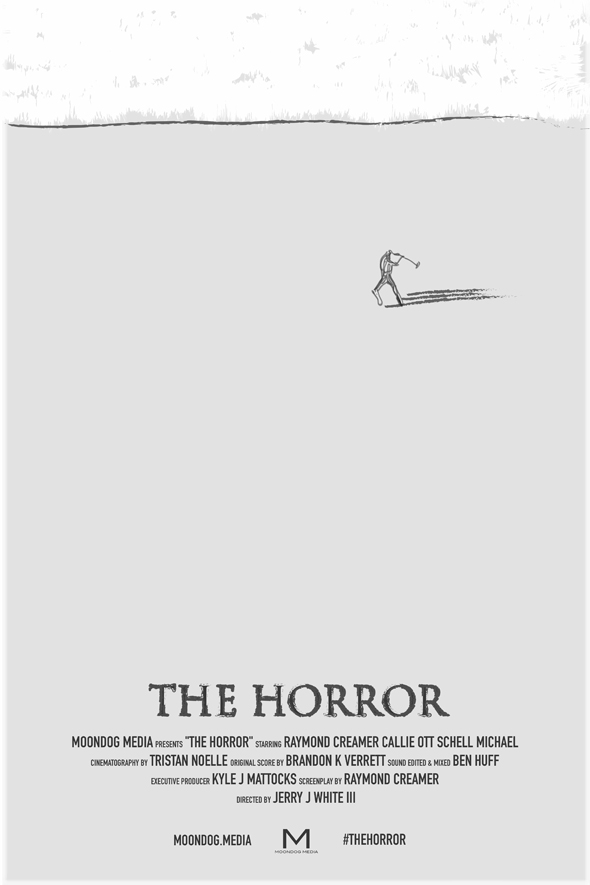