The Human Centipede 3 (Final Sequence) is the last installment of a loosely connected trilogy from Dutch director Tom Six. Released on May 22nd via IFC Midnight, the last in the series follows its predecessors in an attempt to evoke the most basic of emotions in its viewers, ie: disgust. In 2009, Human Centipede was released and was touted as 100% medically accurate and featured a doctor who wanted nothing more than to surgically alter three people so as to create one single digestive tract. There were not many surprises to be found and the movie delivered exactly what was promised in the trailer. The Human Centipede managed to make its way through from underground buzz to mainstream attention. Although not very suspenseful, the movie was provocative and left little to the imagination of the viewer. If art can be measured by the amount of emotion that the audience or viewer emits, then the first movie could possibly be considered art.

The second of the three featured a gritty, black and white story involving a troubled young man who decides to—wait for it—create a human centipede. Like its predecessor, the movie also provided audiences with visceral horror through the presentation of disturbing scenes of violence and creepy atmosphere. Just as the previous movie did, the second pulled no punches and tried to disgust the audience as much as possible.

The third movie is touted as being 100% politically incorrect and tries its absolute hardest to live up to that tag line. The movie is set in a prison that is overcrowded, its prisoners are growing increasingly violent towards themselves and the prison staff. The prison warden, Bill Boss (Dieter Laser:The Lost Honor of Katharina Blum 1975, The Human Centipede (First Sequence)), is trying to come up with a solution to the overcrowded and underfunded prison. Laser’s portrayal of the prison warden is a bit over-the-top and does distract from the film itself. His accountant, Dwight Butler, and partner in the movie, played by Laurence R. Harvey (who did a magnificent job of being creepy in the second installment) provides a sort of Robin to Boss’s Batman in a sense. Dwight presents an idea to Boss and the two develop a way of saving money for the prison and cut down on recidivism. 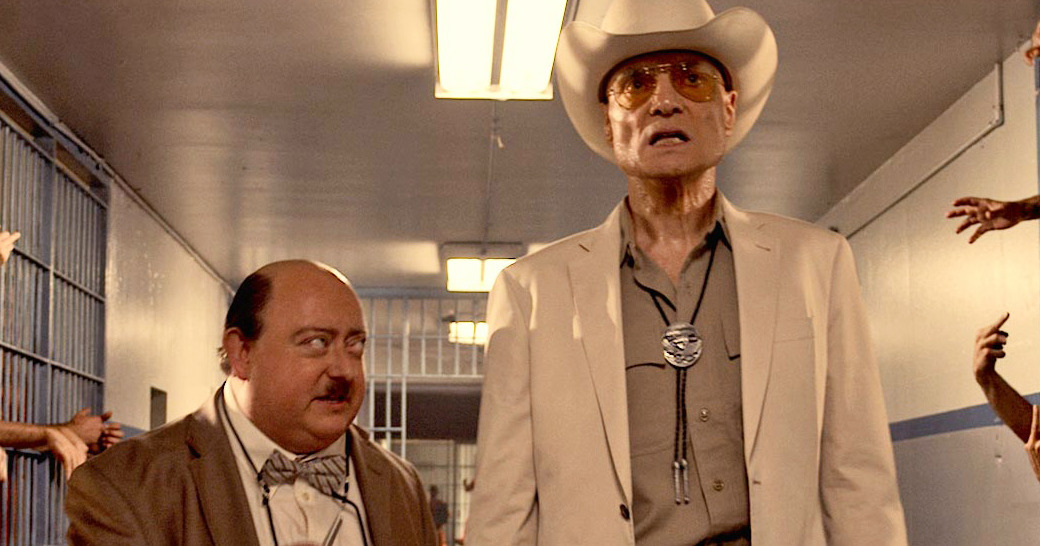 The idea is presented to the governor, who is played by Eric Roberts (The Cable Guy 1996, Batman Begins 2005). Tommy “Tiny” Lister (Friday 1995, The Fifth Element 1997), Jr plays an inmate, and adult film actress Bree Olsen is featured as the wardens assistant “Daisy.” There is also a special appearance by Director Tom Six as himself. He requests to watch over the human centipede that is made from prisoners in trade for the right to use the human centipede concept. There are a few other actors the audience may recognize and shows that the budget for this movie might have been slightly more than the other two. 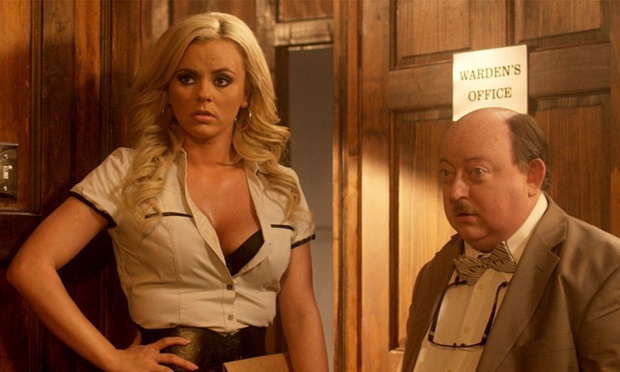 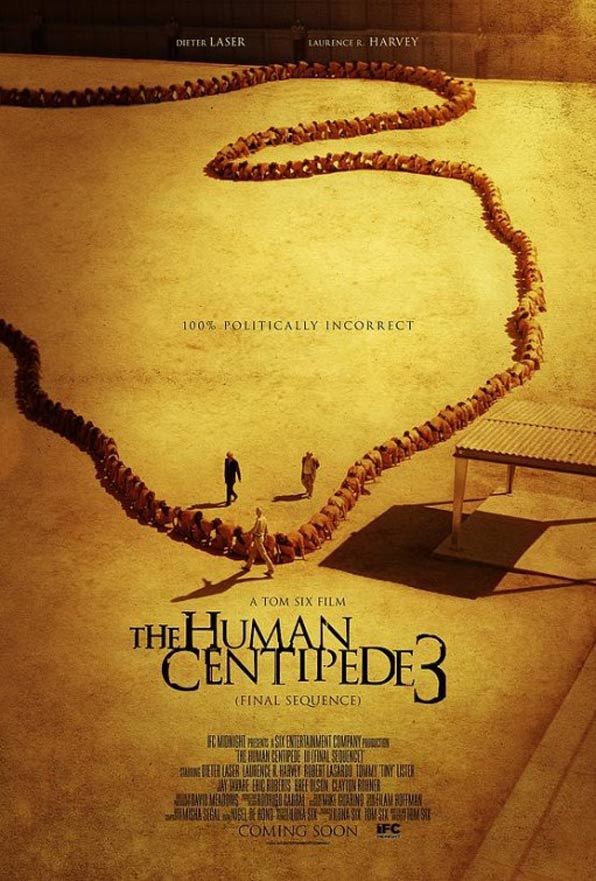