Imagine you are in the middle of a city going about your daily business with 79 random other people. All of sudden, after a flash of bright white light, you are all transported in the middle of a fenced off running track in the middle of nowhere with no memory of how you arrived there. You are all told the rules are simple, only one will win the race; the home, the school, and the prison are safe, follow the arrows or you will die, stay on the path or you will die and if lapped twice you will die. You cannot forget the rules; they are repeated inside your head regularly narrated by your own voice, with a running total as people die.  No one is spared or given any leniency in the race. Not the elderly, children, the deaf, amputees, nor heavily pregnant women. This is the story of the new film by Writer/Director Paul Hough (The Backyard 2002, The Angel 2007) titled The Human Race. Touted as a Sci-Fi thriller, it should be noted that there are strong horror themes in this movie with a Sci-Fi component. The film premiered at the 2012 Festival International de Science Fiction de Nantes and now gets a theatrical release in North America as of Friday June 13th, 2014. 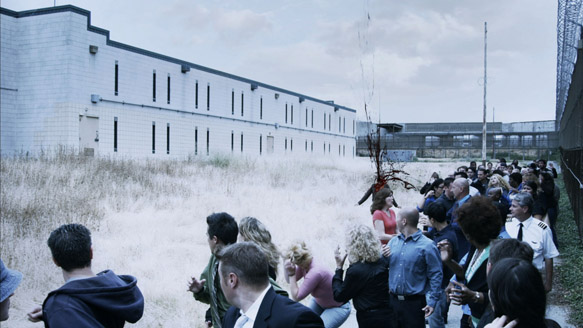 The Human Race focuses firstly on cancer survivor Veronica (Brianna Lauren Jackson: Harvard Park 2012), who is quickly and brutally dispatched, then war veterans and good friends Eddie (Eddie McGee: Big Brother 2000, The Angel 2007) and Justin (Paul McCarthy-Boyington: The Tower of Babble 2002, Altered 2006).  They find they are in the arena with a bunch of freaked out strangers who are panicked and frightened. Those who do listen to the rules are forced to race against each other to win, but to win what exactly.  It does not take long before those that are out to help others, and those who are out to help themselves develop into distinct groups. Eddie and Justin try and help as many people as they can to survive as long as possible, but it is a fruitless effort, with some people intent on harming anyone and everyone in their pursuit to live. 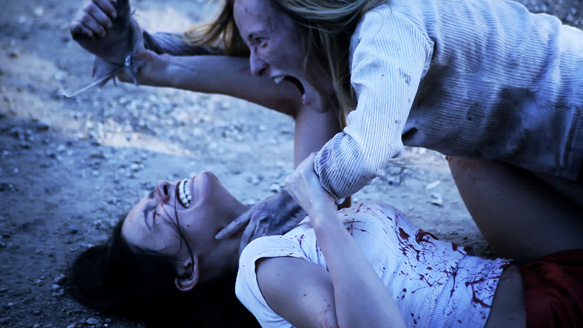 As the race goes on, with more and more people violently dying, people are pushed past their limits. Deaf friends, who face in some ways the greatest adversity having never heard before until hearing the sound of their own voices counting nothing but death, are torn apart by fear and rage. While it is apparent that this is some sort of morbid sport for someone unknown until the end of the movie, it is also very reminiscent of old psychiatric experiments of the breakdown of human society. Taking on a similar vibe to the 1975 film Death Race, and its 2000-era remake, but The Human Race is on foot instead of in cars. 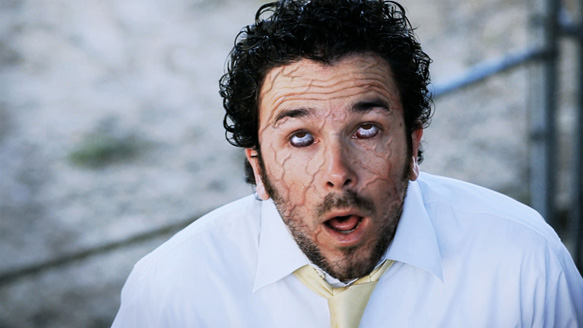 Fair warning to viewers, there is strong violence and graphic scenes, and this film is not for those squeamish in terms of bloodshed of children, the elderly, the impaired, or babies. It would also pay not to get attached to any of the characters, as even characters the audience may think will last all the way to the end surprisingly die horrifically.  Not giving you much time to grieve the loss of the character, this movie is very fast paced and leaves the ending open for a sequel.  Brilliantly acted, and a horrifying example of what people can resort to when they are stripped of life as they know it and civilization is taken back to bare basic instincts.  The tone of The Human Race is quite dark and bleak with little hope for people in the store, some of whom you may see parts of yourself in. CrypticRock give this innovative and fascinating movie 5 out of 5 stars. 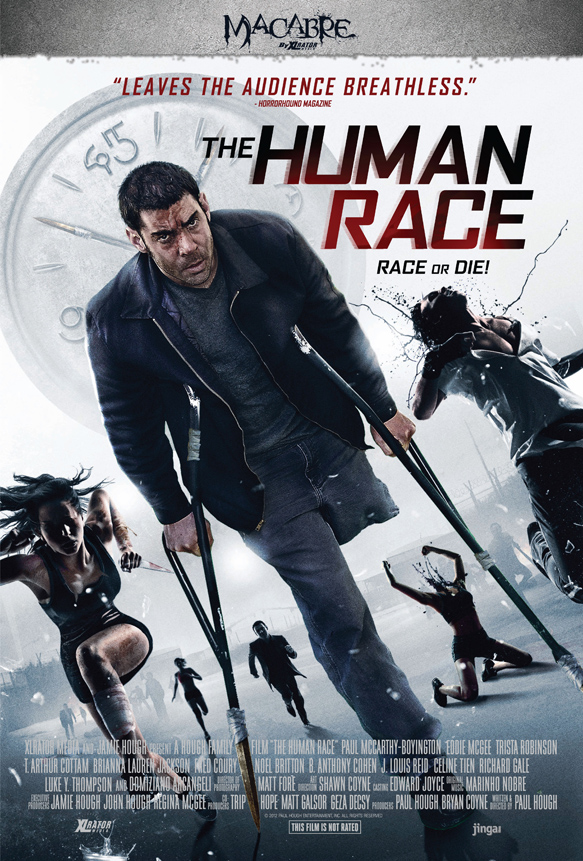